In search of fresh approaches for new cancer treatments
Archive 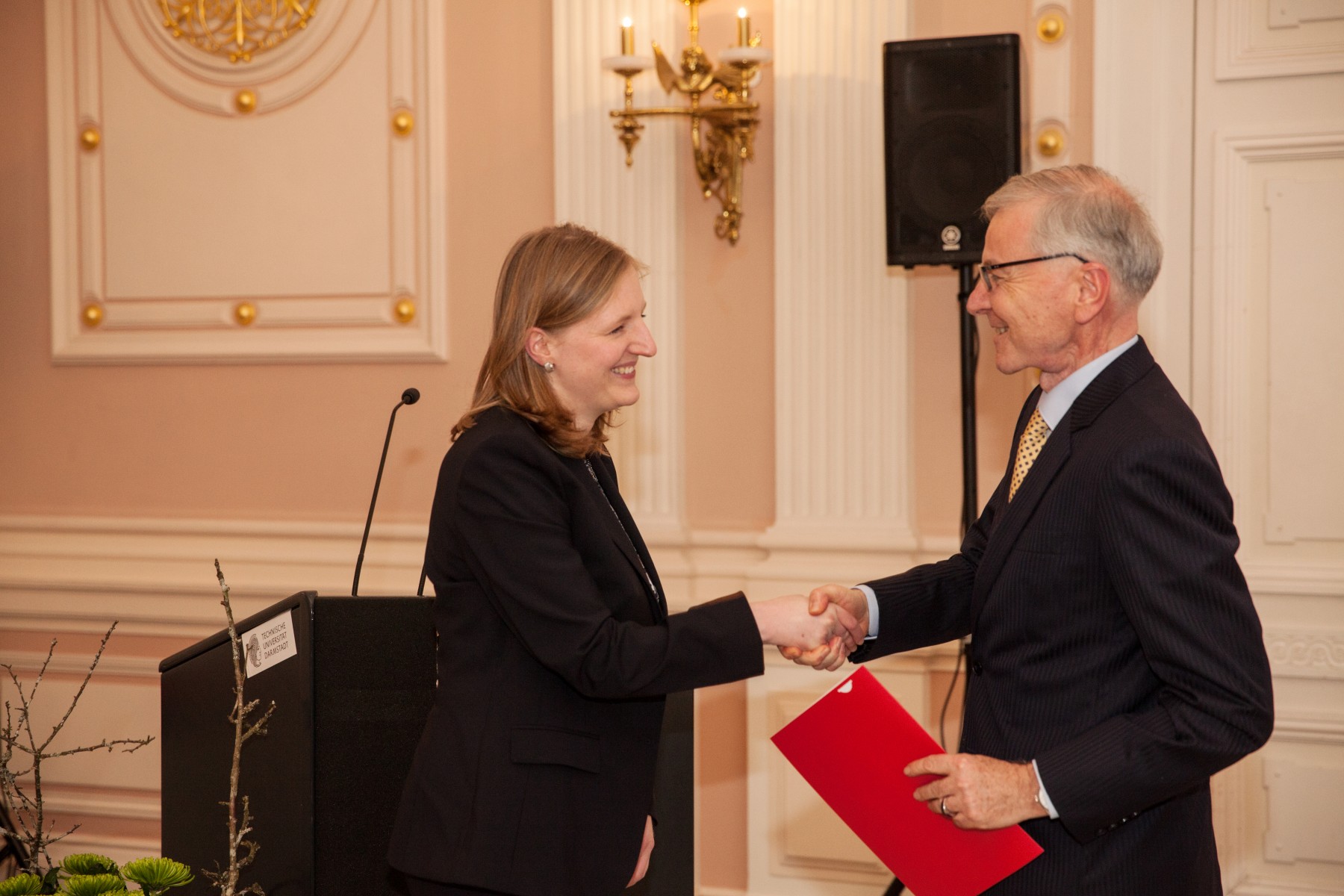 In search of fresh approaches for new cancer treatments

Her research seeks to develop fresh approaches for the development of new cancer treatments: Dr. Julia Weigand, research fellow in the Biology Department, received the Adolf Messer Award 2016 with its 50,000-euro endowment – the most highly endowed award for research work at Darmstadt University of Technology. The award is given annually by the non-profit Adolf Messer Foundation.

All multicellular organisms, including we humans, need oxygen for their cells to produce energy – in other words, for survival. Normally, the vascular system supplies oxygen to each and every cell of our body. If that supply is not adequately assured, however, the cell dies.

Many diseases can lead to a reduction in the supply of oxygen to the cells: a heart attack or a stroke, for example. 35-year-old Julia Weigand is particularly interested in the way oxygen deficiency contributes to the onset of cancer. After all, cancer essentially amounts to uncontrolled cell growth. As a result, the cancer cells soon outgrow the existing blood system and, together with that, also the oxygen supply. Rather than die, however, cancer cells are able to adapt to the low oxygen concentration and can even make use of that capability to spread to other parts of the body (metastasis).Weigand's research examines how cancer cells adapt to oxygen deficiency at the molecular level. Specifically, she studies changes in ribonucleic acid, the molecule which mediates the flow of genetic material for protein synthesis. Weigand analyses how different types of cancer react to oxygen deficiency, with the aim of identifying fresh approaches for the development of new cancer treatments.

About the awardAdolf Messer founded the Messer company in Höchst am Main in 1898. At that time, the company was involved in the manufacture of acetylene generators. In memory of Adolf Messer, who would have turned 100 on 6th April 1978, the Messer family established the Adolf Messer Foundation that same year. The foundation itself is now a shareholder in the Messer Group, the world's largest family-run industrial gases company. Stefan Messer serves as CEO in the third generation.The Adolf Messer Foundation’s award together with its 50,000-euro endowment is conferred annually. It promotes the research and teaching of junior scientists at Darmstadt University of Technology. It honours out-standing work in natural science and engineering, as well as in economics, social science and humanities.