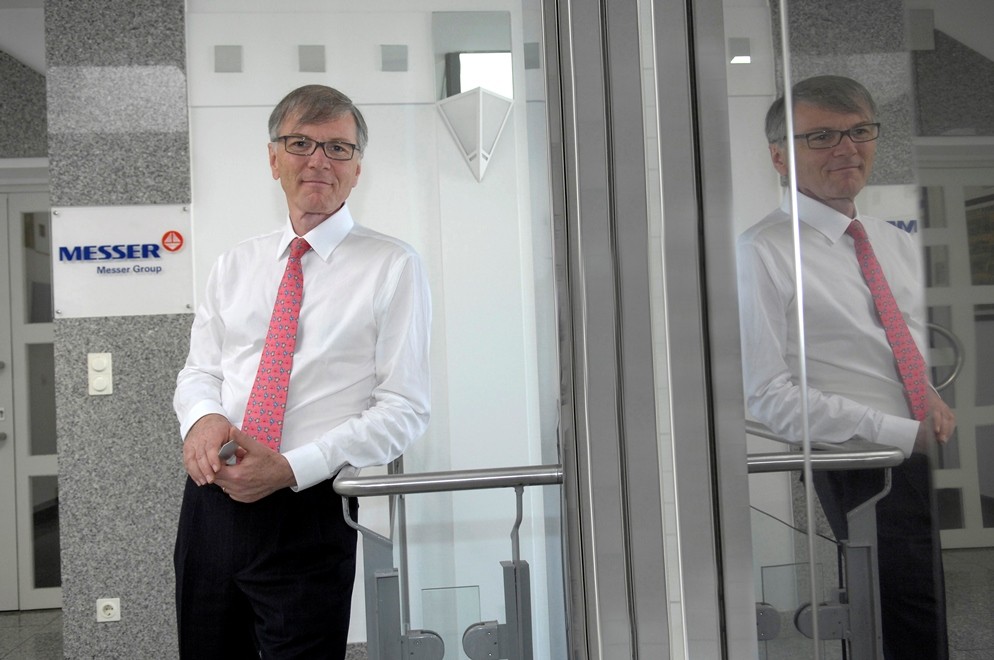 Press release_09/30/2010_S-Messer2-title
Stefan Messer, CEO and owner of industrial gases specialist Messer, will be rewarded for his entrepreneurial achievements with the entrepreneurs’ award “Focus for Excellence 2010”.

Stefan Messer, CEO and owner of industrial gases specialist Messer, will be rewarded for his entrepreneurial achievements with the entrepreneurs’ award “Focus for Excellence 2010”. This award is presented by the entrepreneurs’ association Liberaler Mittelstand Hessen e.V. once each year to entrepreneurs and companies who stand out on account of the traditional values they put into practice and their exemplary entrepreneurship. According to the association this includes “implemented sustainability as the basic understanding in dealing with people, processes and products, an exemplary business policy for developing products and services, or difficult market situations which have been overcome, and hands-on entrepreneurship”.

Of the 25 candidate companies from the federal state of Hesse, the jury – consisting of VIPs from the fields of business, politics and science – considered Stefan Messer the best, among other things because of his targeted investments in the business location Germany, the way he overcame the financial crisis with his resolute cost-savings policy, and the 112-year tradition of the company. “I will accept the award for the entire Messer Group on behalf of all the employees,” says Stefan Messer.

The award will be presented by Dieter Posch, Hesse’s Minister for Economic Affairs, at an evening event of the “Mittelstandstag FrankfurtRheinMain” in Frankfurt am Main on 28 October 2010.