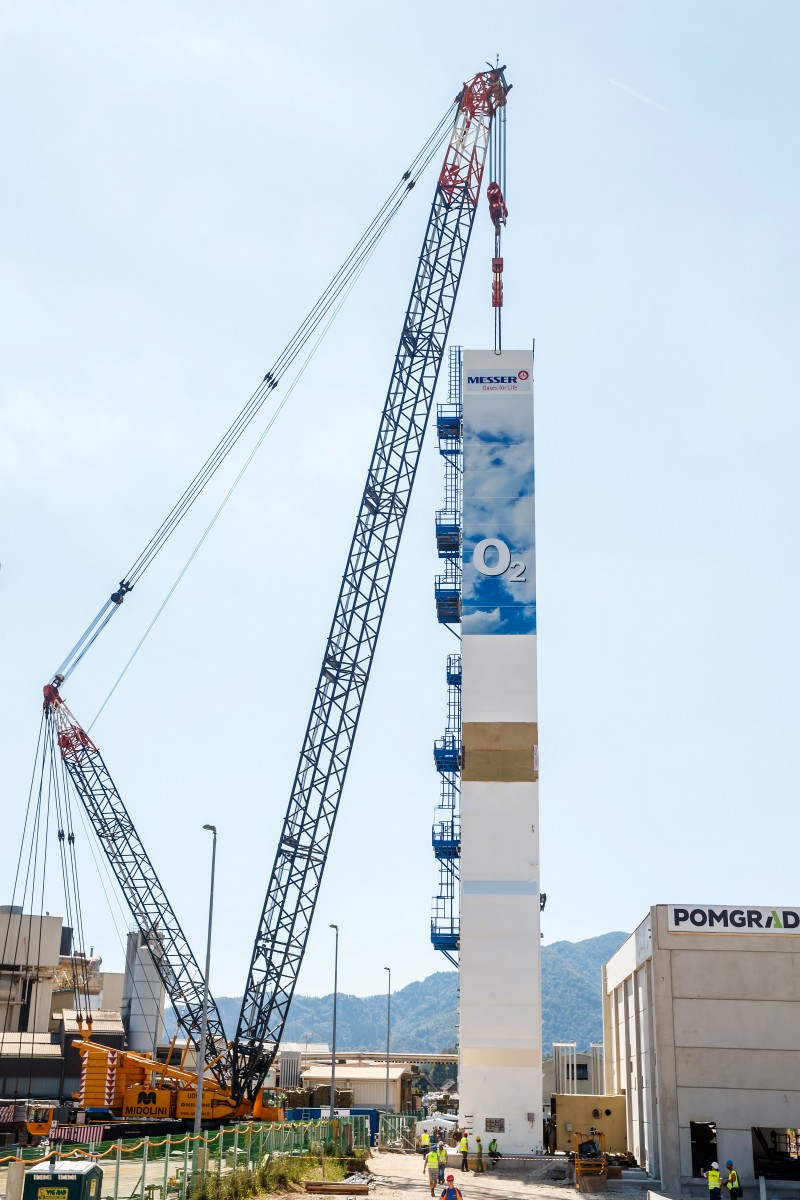 Press release_07/19/2017_Kolonnenlifting-Slowenien
Presently a complex lifting procedure is being used to assemble the heart of the air separation plant, involving a column 52 metres tall and weighing 175 tonnes.

The largest privately run industrial gas specialist is currently investing some 17 million euros in the construction of a plant producing the air gases oxygen, nitrogen and argon at the industrial site of Trata in Škofja Loka, Slovenia. Presently a complex lifting procedure is being used to assemble the heart of the air separation plant, involving a column 52 metres tall and weighing 175 tonnes. For the purposes of transportation, the separating column has been split into four parts which are to be assembled on site and lifted by industrial cranes with the help of steel belts. The aluminium separator column forms the heart of the plant. Inside it air will be liquefied and then separated into its components, oxygen, nitrogen and argon. “Assembly of the complicated construction has been going on since the start of the year with very high precision”, underscored Bojan Andrejašič, head of the technical department at Messer in Slovenia.

Danilo Lukač, General Manager of Messer in Slovenia, emphasised further, “This investment has seen us shorten the transport routes, which helps protect the environment.” Messer’s air separation plant is being assembled at a site covering 9,500 square metres and as of next winter it will already be supplying the family-owned company Knauf with industrial gases via a pipeline. In addition, around 2,800 other business partners of Messer’s Slovenian concern will be supplied with gases from the plant. In the meantime these businesses are being supplied with oxygen from sister companies in Austria, Serbia and Croatia.