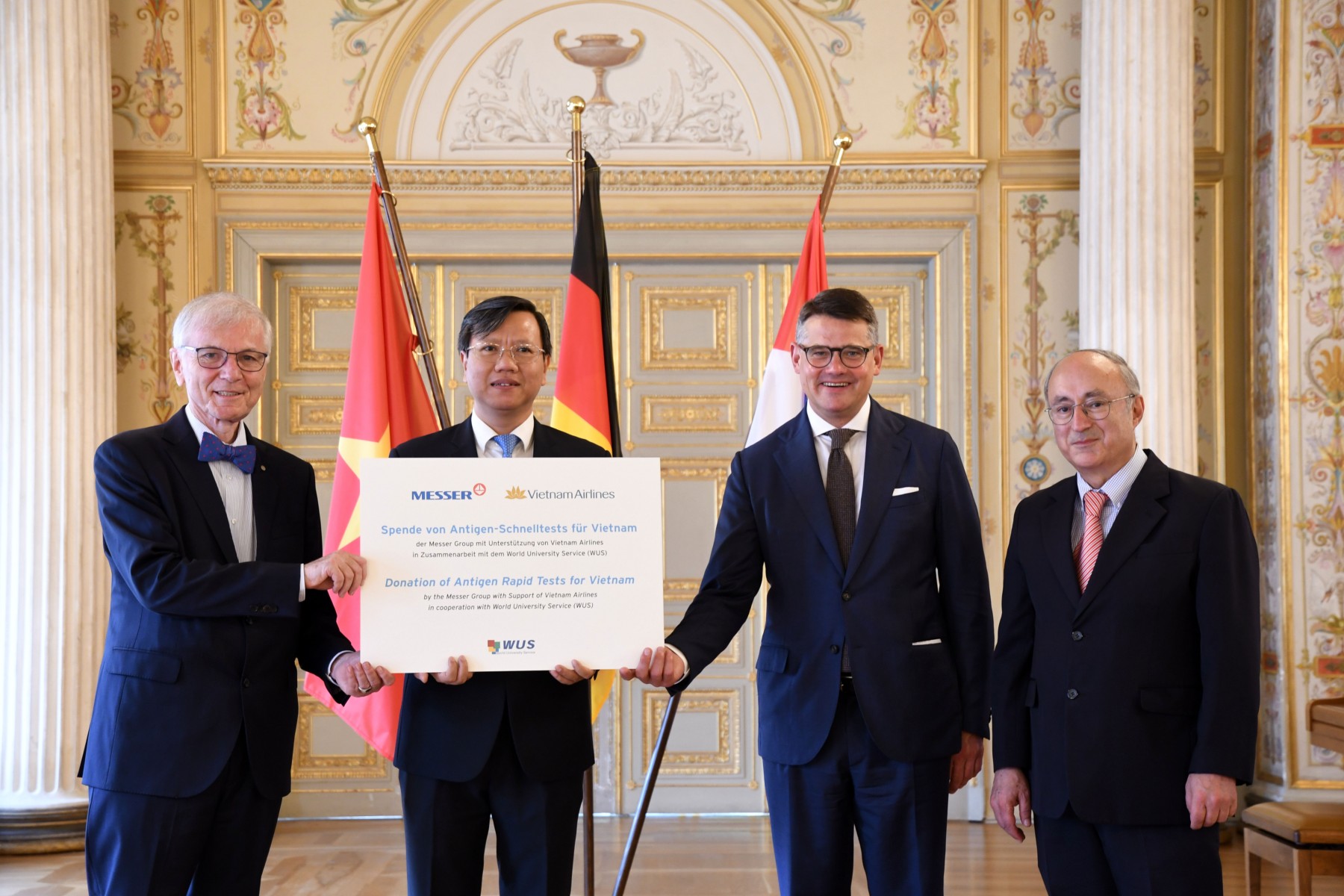 Messer supports Vietnam with 30,000 rapid tests for the coronavirus

Messer, the German specialist for industrial gases, is supporting the country of Vietnam with 30,000 rapid tests for the coronavirus antigen. The tests will be presented to and handed over to the Ministry of Health of Vietnam with the aid of the Wiesbaden, Germany-based World University Service (WUS), Deutsches Komitee e.V.

“We are very affected by the human suffering of people infected with COVID-19 all over the world, and with this donation we are pleased to make a further contribution toward containing the pandemic in Vietnam,” remarked Stefan Messer during the symbolic presentation of the test kits to Vietnamese Consul General Long in the parliament of the German state of Hesse in Wiesbaden. The outbreak of the pandemic prompted the Hesse-based industrial gases firm to massively boost its production of medical oxygen at all of its locations throughout Europe, Asia and America, and to supply hospitals and clinics in many countries with respiratory gas and the corresponding supply technology. “Our ties with Vietnam are the result of decades of cooperation,” the owner and CEO of Messer pointed out. “The country deserves our solidarity.” Messer has been active in Vietnam for nearly 25 years and has supported the country’s economic upturn by providing the industrial gases that, to many manufacturing processes and food technologies, are as important as water and electricity. Today, Messer operates six production plants for air gases – four in Hai Duong and two in Dung Quat – with two more currently under construction. Gases are filled into cylinders in three gas filling plants there; a fourth filling plant is in planning.

Messer regularly provides support to the population in the areas that surround its Vietnamese production locations and in recent years has contributed toward establishing and upgrading a variety of hospitals and schools. The company’s global workforce is involved as well, as could be seen last November: At that time, an in-house campaign of solidarity to support reconstruction of apartments and homes of the Vietnamese workforce hit by tropical storm Molave, and to purchase a power generator for the medical facility of the municipality of Dung Quat, collected a total of 50,000 euros for the cause. The donated funds were also for repair work on a local school.