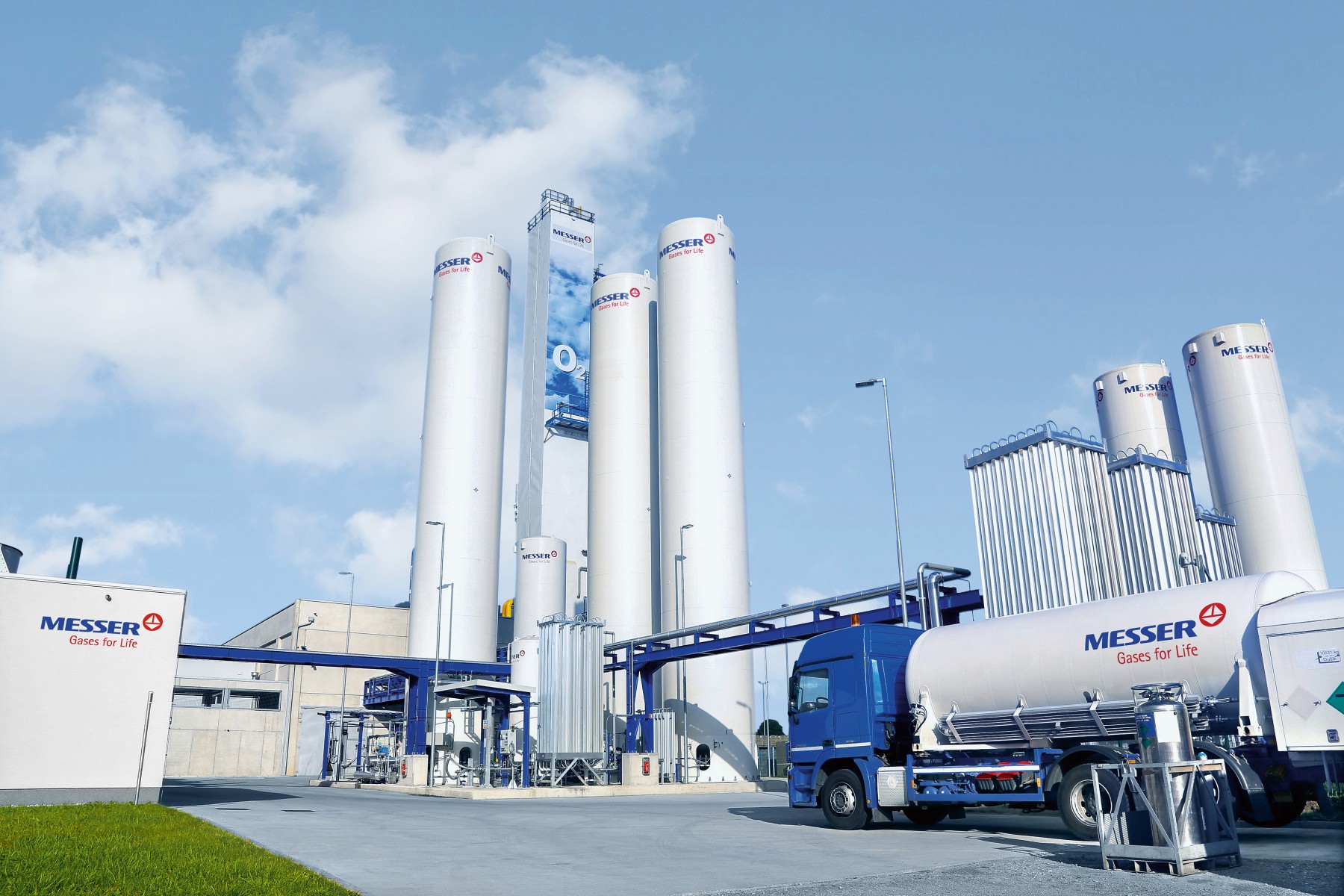 Messer, the world’s largest family-run specialist for industrial, medical and specialty gases, recorded double-digit growth for another consecutive year, with total sales of 3.5 billion euros*. It reflects the accelerating demand for industrial gases and the Group’s ability to effectively develop its activities despite ongoing challenges, relying on its some 11,000 employees* and solutions helping almost all economic sectors.

Supporting the global economic recovery
The family business further grew its operations in China and the ASEAN region, with sales of 752 million euros (636 million euros in the previous year).

Sales in China increased by 13.4 percent compared with 2020 (adjusted for currency effects). This was driven by the sustained strong demand in all market segments using liquefied industrial gases, in particular large volumes consistently supplied to customers in the steel industry, along with steady prices.

In Vietnam, revenue rose by 26.9 percent compared with the previous year (adjusted for currency effects), resulting from robust demand for liquefied industrial gases and higher volumes supplied to the largest on-site customer, mainly due to the start-up of a new steel plant in 2020.

In Eastern Europe, Messer performed strongly and reported a sales increase of 15.8 percent to 532 million euros. The region benefited from the general dynamic economic recovery and, in particular, from high demand for medical gases because of the Covid-19 pandemic. The companies acquired in Slovakia and in the Czech Republic in May 2020 also brought in revenue for a full twelve months for the first time in fiscal year 2021.

The regions listed below are the business activities of Messer Industries Group, which has been carried as an at-equity holding of Messer Group with effect from March 1, 2019.

Messer’s sales in Western Europe showed a good momentum reaching 392 million euros, up by 10.7 percent compared with 2020. This trend was linked to rising demand volumes, primarily as a result of more favorable economic conditions, the resumption of production in Tarragona, Spain, and the operation of the new air separation unit in Speyer, Germany. In addition, the pricing policy successfully offset the unexpected surge in energy prices in the second half of the year.

Revenue in North America totaled 1,431 million euros, a rise of 5.7 percent. The year-on-year development was driven by high demand and profitable prices for liquefied industrial gases as well as increased hardware sales volume. The pandemic-driven demand for medical gases also remained at a high level. Furthermore, the economic recovery in Canada and higher turnover in the industrial sector had a positive impact.

The business unit in South America generated revenue of 296 million euros, up by 14.5 percent compared with 2020. A significant share of which – 181 million euros - was generated by Brazil. The growth was fueled by very strong demand for medical oxygen combined with a rise in sales volumes as well as price increases in most business segments. The commissioning of the new CO2 plant in Jandaia do Sul, Brazil also positively contributed to the upward revenue trend.

Shaping a sustainable future
As a family-owned company, targeted and continuous investments are at the heart of Messer long-term approach. In 2021, Messer investments increased by about 12 percent* to 520 million euros*. Located in all Messer regions, these projects essentially focus on ensuring a local and reliable product supply to support its customers’ development as well as seizing opportunities for profitable growth in relevant markets. They include, among other things, initiatives to modernize or expand existing production facilities as well as build new units for air gases, CO2 recovery and hydrogen.

Messer considers itself to be economically well positioned and looks ahead with confidence to the new financial year 2022.