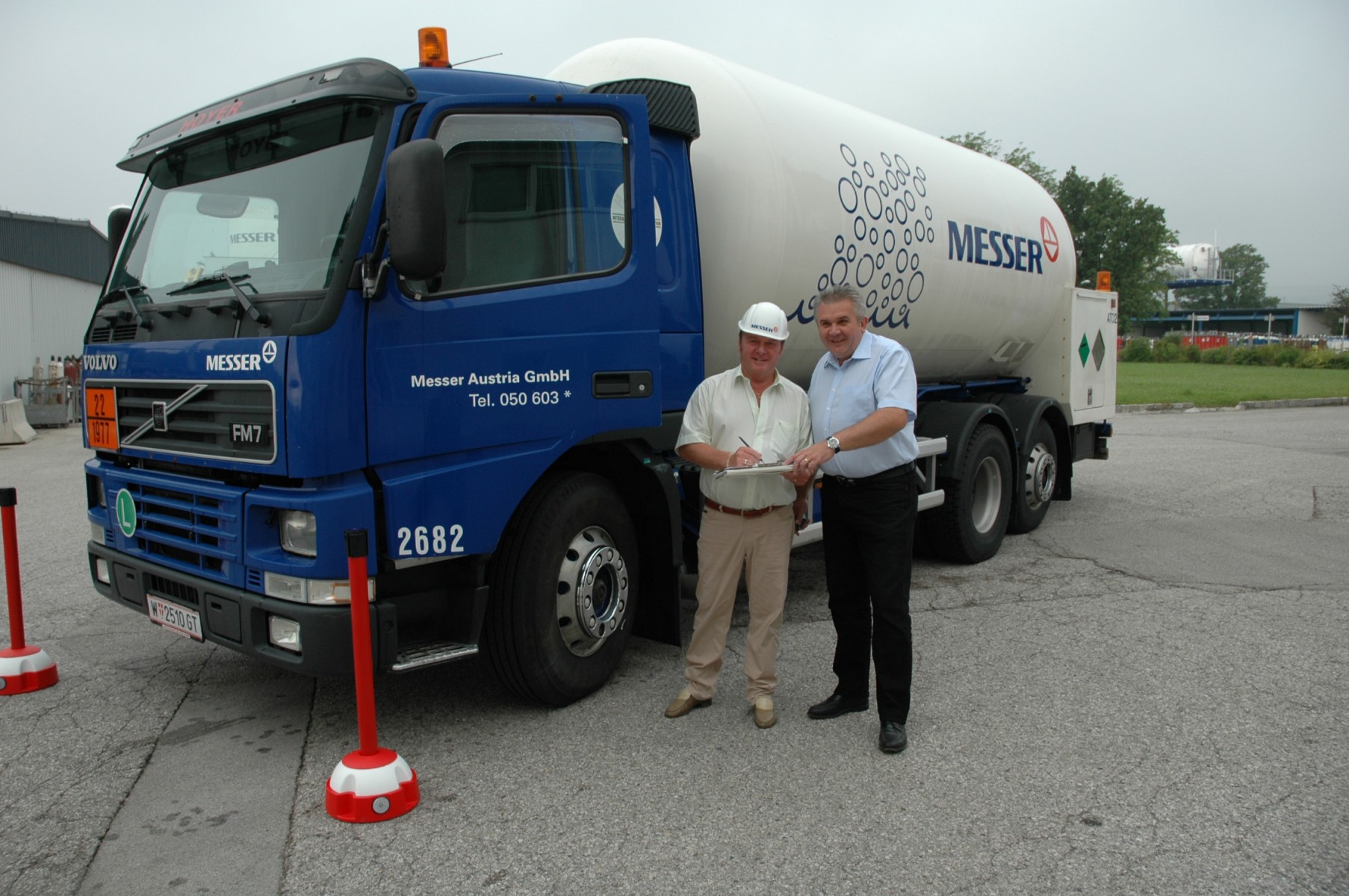 Press release_06/26/2008_Training Charta Verkehrssicherheit
Messer will launch a campaign for road safety for more than 50 European locations in over 30 countries in which it will enhance the training for tanker drivers.

Messer, the industrial gas specialist has undertaken to implement measures which are designed to reduce the number of deaths caused by accidents in Europe.

Since June the Messer Group has been a member of the action group for the European Road Safety Charter. In signing this European Charter, the largest owner-managed industrial gas specialist has committed itself to supporting the European Union’s action programme which is aimed at halving the number of traffic deaths on European roads by 2010. “The probability of a traffic accident involving one of the more than 350 tankers and 500 trucks for gas cylinders which are used to supply our customers each day is relatively high,” says Danilo Ritlop, who is responsible for occupational safety, health, environment and quality management at Messer. “In particular with regard to the laws and sets of rules which apply for the industrial gas industry and the training courses based on these, our staff and external tanker drivers provide support in ensuring that gases are transported and handled as safely as possible. This has highest priority at Messer. We understand our declaration of commitment to the European Union as a pledge to implement defined individual measures“. Messer will launch a campaign for road safety for more than 50 European locations in over 30 countries in which it will enhance the training for tanker drivers. The introduction of a new system for the statistical measurement of key figures in road safety – such as incidents per million kilometres – is designed to detect possible causes in the company so that improvements can be tailored to the situation.

The European Industrial Gases Association is based in Brussels. From there it represents almost all European companies which produce and market technical, medical and food processing gases. The members of the association work together to achieve the highest standard of safety and environmental protection when producing, transporting and using gases.