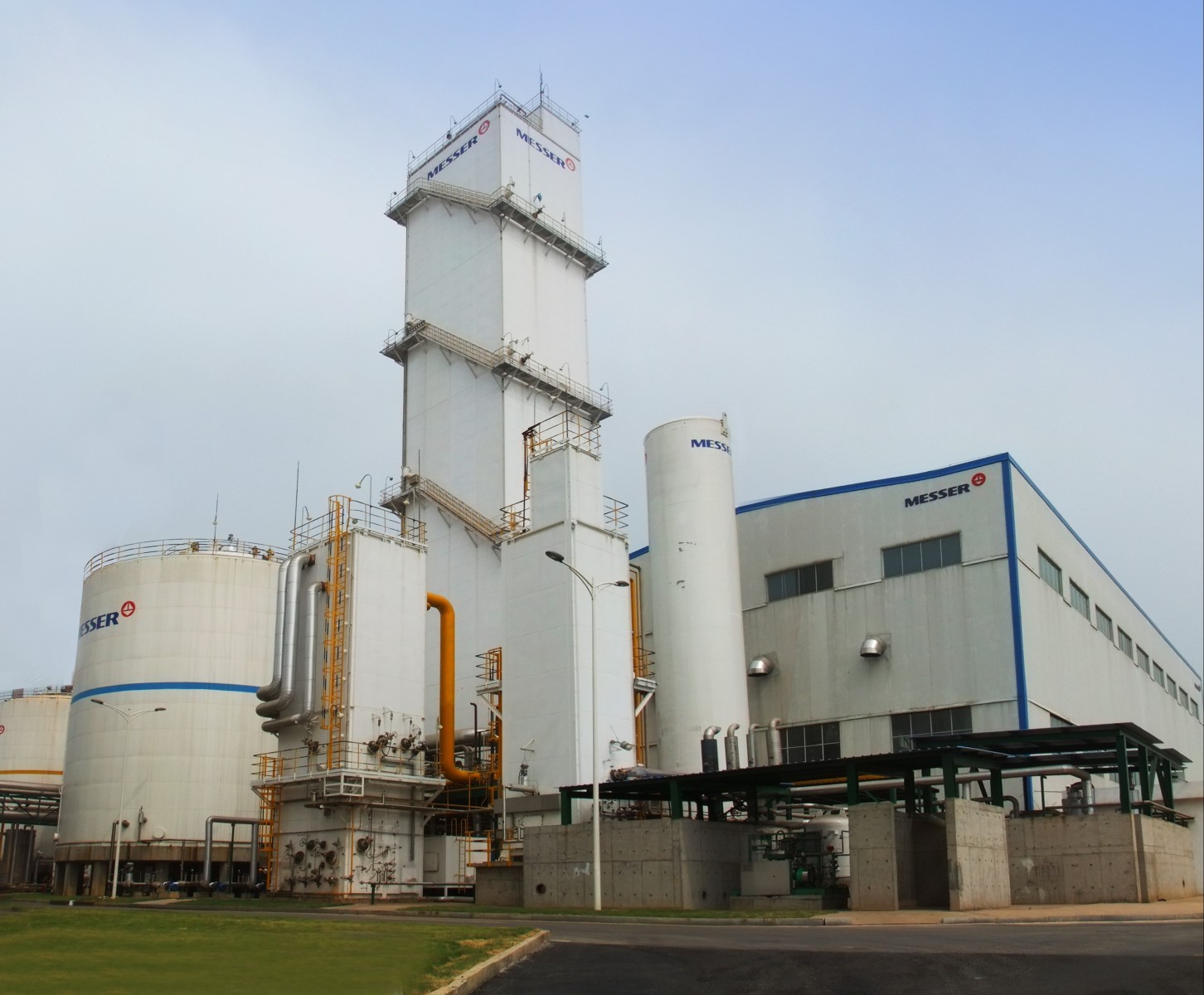 Press release_fokus_03/16/2012_XMG 6#ASU and KeXe plant
Messer, the largest privately run industrial gases specialist, has started up a plant for the production of the noble gases krypton and xenon.

Messer, the largest privately run industrial gases specialist, has started up a plant for the production of the noble gases krypton and xenon. A sophisticated process extracts the rare gases from the air, which are mainly used as lamp fill gas.

Messer began producing the noble gases krypton and xenon at a new production plant in November. These gases are two of the rarest elements found on the earth. They comprise only about 1.2 ppm of the atmosphere, so extracting them is like selecting a group of 100 people out of the total population of Germany (82 million).

The plant is operated by Messer’s Chinese subsidiary, Hunan Xianggang Messer. The noble gases concentrate in the liquid oxygen during the process of air separation, which is used to produce the components of air: oxygen and nitrogen. As krypton and xenon occur only in very small quantities in the air, however, a great deal of liquid oxygen is needed in order to extract reasonably large quantities. The new plant can produce 9.4 kilograms of the noble gases per day from 24,000 kilograms of liquid oxygen. The resulting gas mixture comprises 90 percent krypton and 10 percent xenon. Extracting that gas mixture from the component of air requires precisely matched process steps such as precleaning, pressure build-up, demethanisation and distillation. The noble gases krypton and xenon are two of the most valuable products in the portfolio of the industrial gases producer. Among other applications, they are used to manufacture light bulbs and gas lasers. Krypton is also used as an insulating gas filling for double-glazed windows. Messer’s Chinese subsidiary and Hangzhou Hangyang Co., Ltd signed the partnership agreement to build the krypton/xenon plant already in the spring of 2008.