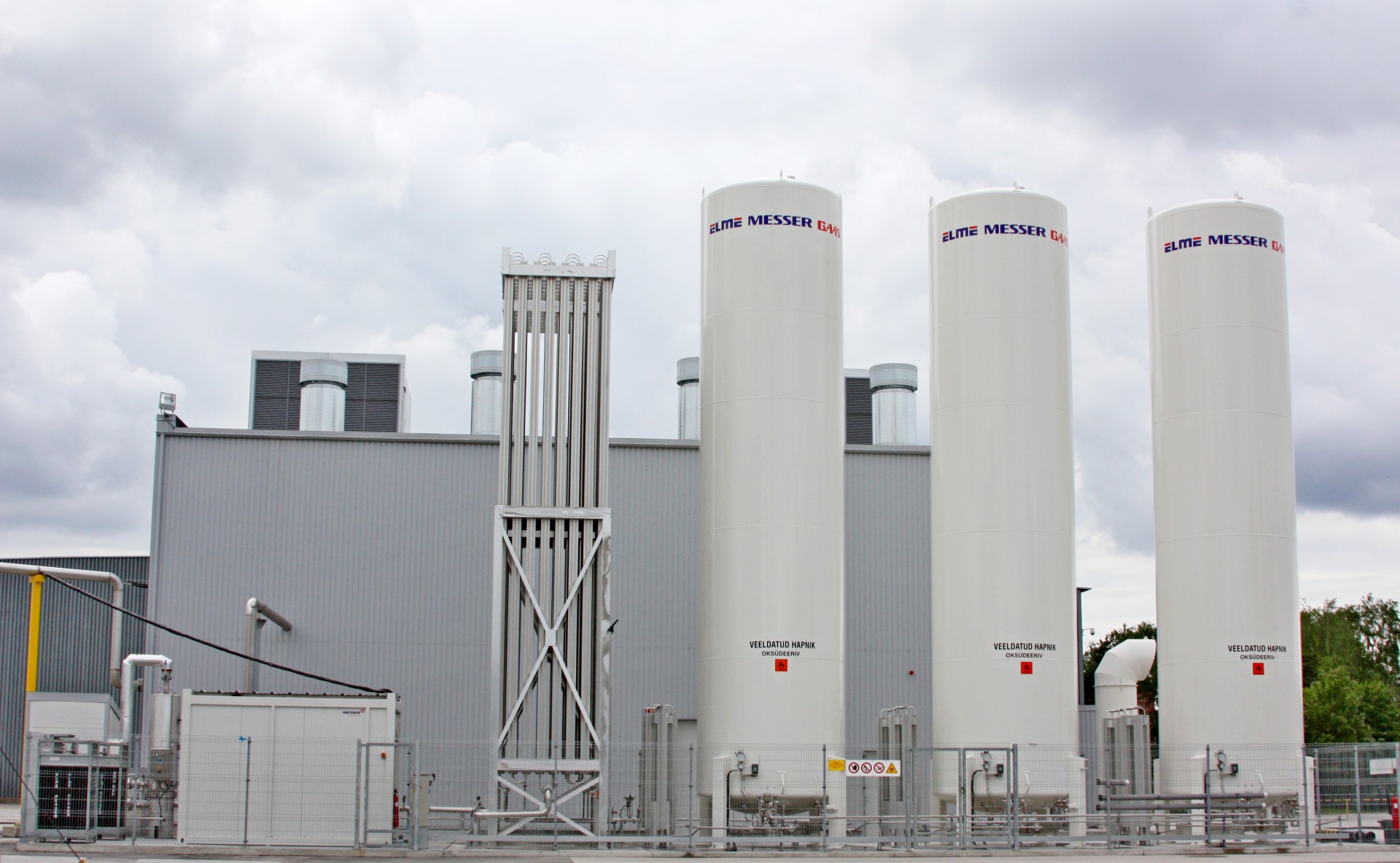 Press release_07/30/2015_Messer Group
The plant produces 2,650 cubic metres of oxygen per hour. Oxygen is used in many fields of industry, for example in industrial waste water purification, water treatment or raising efficiency of combustion processes in the glass and steel making. (© Elme Messer Gaas)

As part of the joint venture Elme Messer Gaas, Messer, the largest privately owned industrial gases specialist and the second shareholder, the BLRT Grupp, one of the biggest industrial holdings in the Baltic States, have invested around five million euros in a new oxygen production plant in Järvakandi, Estonia. The facility is on the site of customer Owens-Illinois, Inc., the world's leading manufacturer of container glass. The plant produces 2,650 cubic metres of oxygen per hour, which fully meets the needs of the new glass trough. Owen-Illinois was being provided with liquid oxygen during the construction phase in order to supply oxygen to the glass trough that went into operation in December 2014 already.

"The commissioning of the new oxygen production plant is an important step not only for us, but also for our Estonian joint venture. The investment is a flexible response to the changing needs of our customers", says Stefan Messer, owner and CEO of the Messer Group.

The use of oxygen for high temperature processes is state of the art. The oxygen is fed in gaseous form through a pipeline directly to the burners of the glass trough that operates using oxy-fuel technology, id est the oxygen and fuel are mixed in a specific ratio. "The new system reduces both our natural gas consumption as well as our carbon dioxide and nitrogen oxide emissions and makes a significant contribution toward meeting our sustainability goals," says Viivika Remmel, Owen-Illinois Country Group Executive for North-East Europe.

Messer has long standing experience in developing and implementing oxy-fuel burners for use not only in the glass industry but in the ferrous and non-ferrous metals industries as well.

Oxy-fuel technology uses pure oxygen instead of combustion air for the firing process in furnaces. The fact that nitrogen is not present in the combustion air means a reduction in flue gas volume of around 70 to 80 per cent. Energy consumption is also reduced because there is no need to heat up the inert nitrogen to process temperature either (between 1,450 and 1,600 degrees Celsius). This results in a lowering of CO2 emissions and prevents nitrogen oxides from being formed, resulting in a reduction of up to 70 per cent when compared to combustion air. Oxy-fuel is a technology that will impact the glass industry in the future due to being promoted globally as the "best available technology" (BAT) for the glass industry and will be influenced through an investment relief for the construction of new plants.