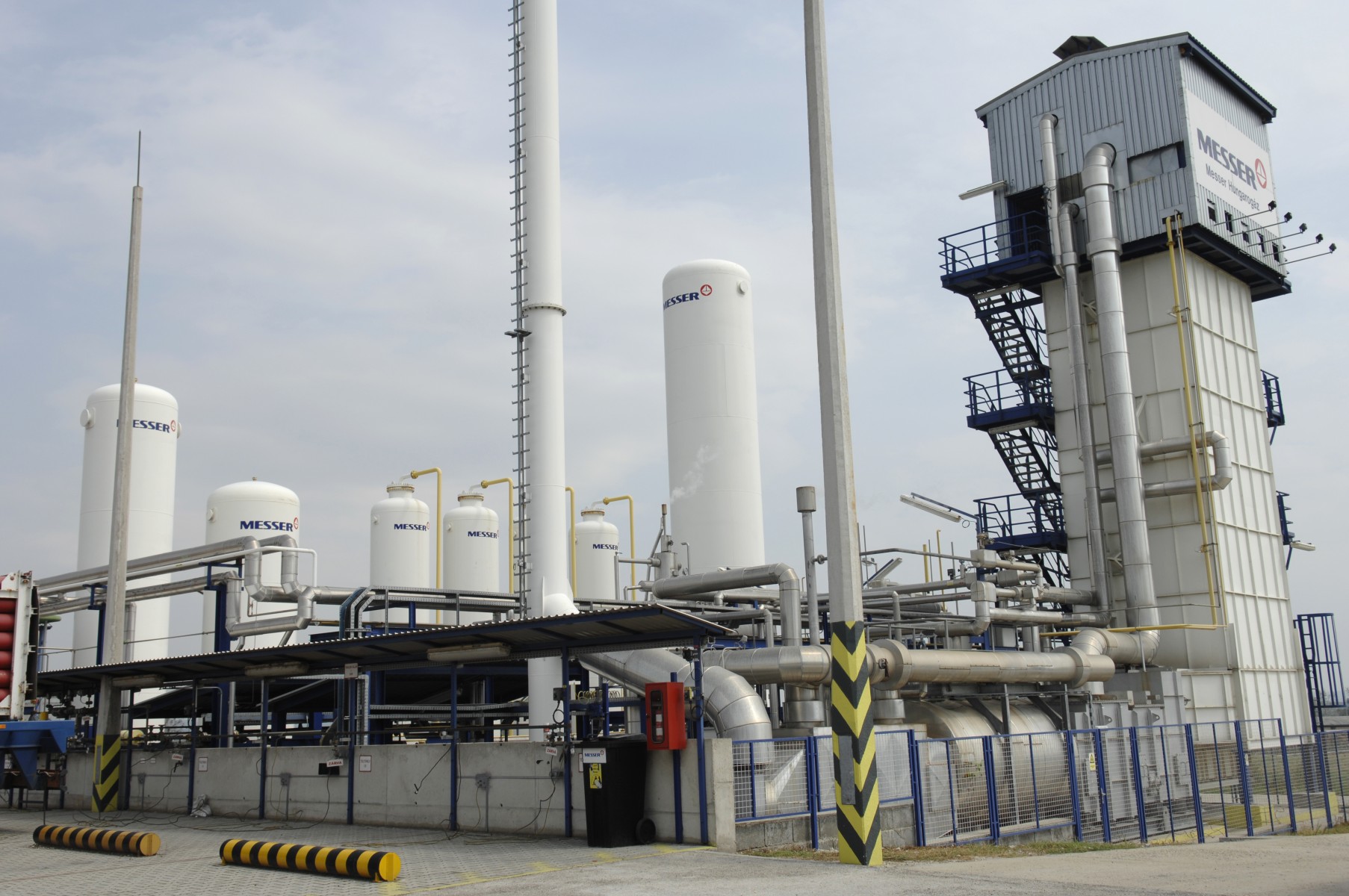 Press release_07/13/2018_Messer Group
Hydrogen is produced in plants like this of Messer in Hungary. The gas is used in the annealing of high-alloy steels and sintered parts as well as in hydrogenation processes in the chemical and food industries, for example.

Messer, the largest privately run industrial gases specialist, has signed a 15-year hydrogen supply contract with RÜTGERS Germany, a subsidiary of Rain Carbon Inc. The industrial gases company will now invest a total of nine million euros in a hydrogen production facility at the site of Rain Carbon Inc. in Castrop Rauxel. The company will use the hydrogen in the hydrogenation of industrial resins. Messer will also use the facility to supply other hydrogen customers in the region. The facility will produce hydrogen by means of the steam reforming process, using natural gas as the feedstock. It will have a capacity of 2,700 normal cubic metres per hour. That is the equivalent of approximately 15 tankers per day. Start-up of the hydrogen plant – Messer’s first in Germany – is planned for the third quarter 2019.