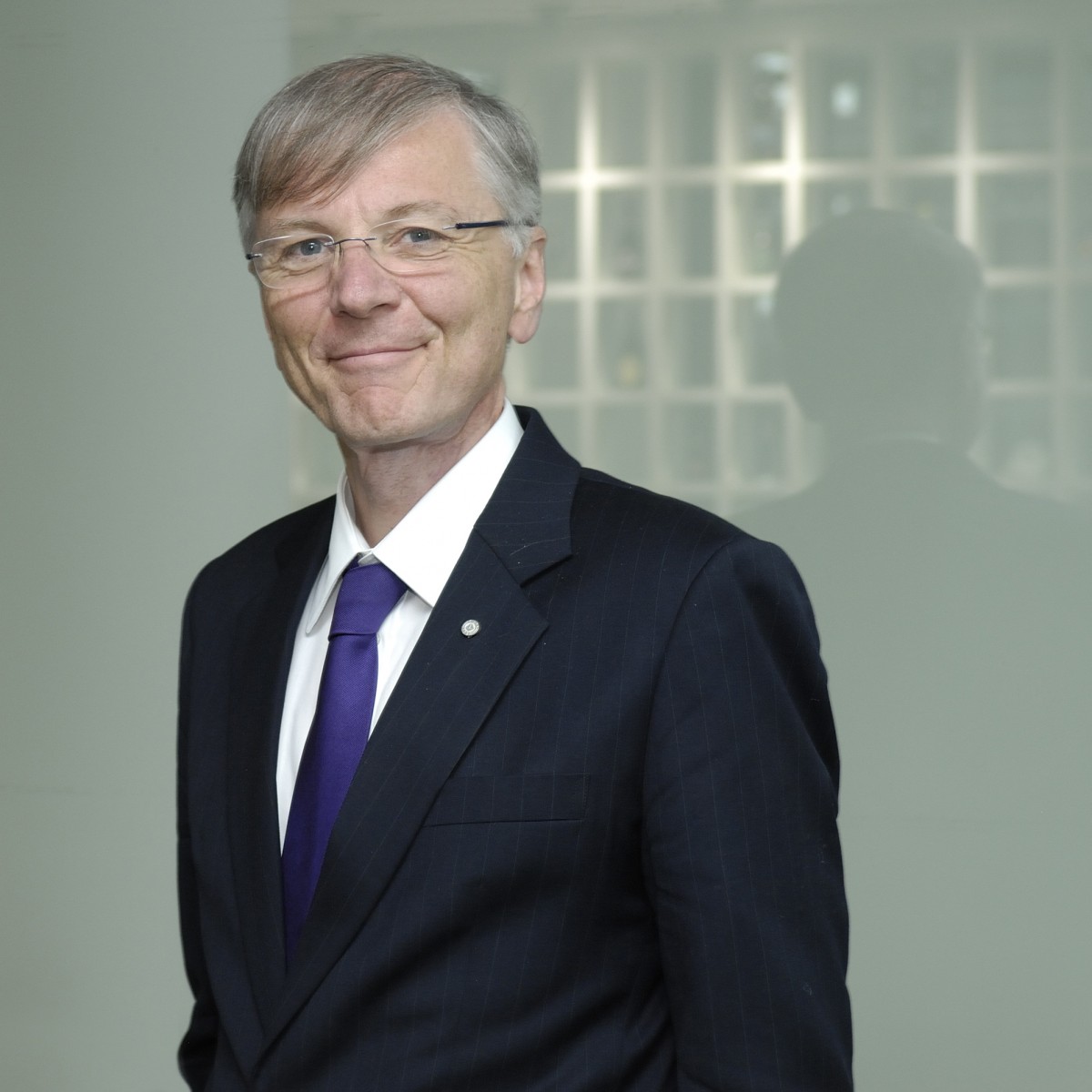 Press release_05/20/2011_Stefan Messer
In the 2010 financial year, Messer increased its sales by 14 per cent compared with the previous year.

In the 2010 financial year, Messer, the largest privately run industrial gases company, increased its sales by 14 per cent compared with the previous year. Messer puts this down to the broad spectrum of gases and technologies it offers as well as the development of its business in China.

Industrial gases specialist Messer achieved worldwide sales of around 909 million euros in the 2010 financial year, exceeding total sales for 2009 by approximately 112 million euros. EBITDA was 207 million euros in 2010. The number of employees only increased slightly over the same period, from 5211 to 5288. “After 2009, a year in which the economic crisis had a major impact, we have once again been able to achieve a record result for the 2010 financial year. The development of our business in China continues to be very promising, and this made a significant contribution to our double-digit growth in the past year,” explains Stefan Messer, owner and CEO of the Messer Group. Messer invested a further 168 million euros in the expansion of its core business.

“The Messer Group has successfully come through what has been a virtually ideal type of practical test within a two-year period. Diversification in terms of products and countries has proved successful in helping to cushion the Messer Group against economic downturns and enabling it to take full advantage of economic upturns,” explains Dr. Uwe Bechtolf, Executive Vice President Controlling/Accounting & Strategy at Messer Group.

Further expansion in Germany
The commissioning of Messer’s second German and its largest European air separation unit in Salzgitter marks an important milestone for the company. Messer has been producing air gases such as nitrogen, oxygen and argon at the site of Salzgitter Flachstahl GmbH since October 2010. This supports the overall development of the Western Europe region. Last year, Messer had sales of 26,2 million euros in Germany. This year, that figure is expected to rise to 41 million euros.

Uneven development in Europe
Sales in Messer’s Western European national subsidiaries increased by eleven per cent on the previous year. The industrial gases activities in Belgium, France and Switzerland saw an almost uniform increase in sales of four per cent compared with the previous year (currency-adjusted). In May, bECO2, a joint venture between Messer and IJsfabriek Strombeek, started up its first CO2 plant in Belgium with an annual production capacity of 150,000 tonnes, thereby securing an independent CO2 supply for the future. The most marked recovery was seen in the industrial gases activities in Italy and Spain, which had experienced the sharpest decline in sales in the previous year.

Compared with the previous year, an increase in sales of almost nine per cent was achieved in Central Europe. With the exception of our business activities in Austria, sales were up on the previous year in every country. The strongest economic recovery in industrial gases activities was seen in the Czech Republic and the Baltic States. The region also received a boost from the gradually recovering local currencies, which had been devalued considerably in 2009 as a result of the financial crisis.

The situation in South-East Europe was similar to that in Central Europe, with the 2010 economic recovery leading to increased sales compared with the previous year. However, the picture across the countries of this region was not as even as it was in Central Europe. While Serbia and Romania saw an increase in business activities, the subsidiaries in Hungary, Croatia, Slovenia, Bulgaria and Bosnia-Herzegovina continued to feel the strain as a result of the impact of the economic crisis, although they did manage to maintain the previous year’s level of sales with declining margins. In June, we actively implemented our new business strategy in Turkey by commissioning our first air separation unit.

Continuous growth in Asia
In China and Vietnam, Messer achieved sales totalling 246 million euros in the past financial year.

There was already dynamic economic growth in China at the beginning of the year, and this was followed by a further significant increase in the second half of the year.

Messer has significantly expanded its production capacities in China. The company continued its expansion drive with the successful commissioning of its sixth air separation unit and second condenser in Hunan Province in the south of China in June 2010. The new facilities have a daily production capacity of 1370 tonnes of gaseous oxygen and a total of 230 tonnes of liquid oxygen and nitrogen. Two air separation units for Xiangtan Iron and Steel in Yangchun were put into operation in southern China's Guangdong province respectively in Jan. and Dec. 2010, they produce around 1400 tonnes of air gases such as nitrogen, oxygen and argon per day. At the end of 2010, Messer China celebrated its twelfth company start-up in China with the formation of Foshan Shunde MS Messer Gas Co. Ltd. (SMS). SMS is a joint venture between the Messer Group and the Hong Kong Moral Strenght Gas Investment Ltd. In the first phase, it will invest 30 million US dollars in the construction of a new air separation unit with a daily capacity of 600 tonnes in a new industrial estate in Shunde.

In Vietnam, Messer almost doubled its sales in 2010 compared with the previous year. A significant contribution to this came from the air separation unit – commissioned in October – in Hai Duong in the north of Vietnam. This air separation unit, Messer’s first in Vietnam, guarantees the on-site supply for a steelworks client and also safeguards an independent product supply for Messer’s liquid market activities. The unit is the largest of its kind in Vietnam.

Messer Group’s outlook
The Messer Group has targeted sales growth of seven per cent for 2011 – but the expectations have already been clearly surpassed in the first quarter of the year. The anticipated sales growth is now ten per cent. This is due in equal measure to the Group’s activities in Europe and China. The economic and financial crisis now appears to have been largely overcome in Europe as well. “Our investments – including IFRIC 4 investments – will total 249 million euros this year. This represents a marked increase on the previous year’s total of 168 million euros. The cost and expenditure discipline measures that were introduced as a result of the economic and financial crisis are still in place,” says Dr. Hans-Gerd Wienands, Chief Financial Officer of the Messer Group. Renewables represent a major opportunity. Their development as an alternative to fossil fuels and nuclear fuel as well as for increased energy efficiency will be a key global growth driver for the industrial gases sector in the medium and long term. The Chinese government’s 12th five-year plan has shifted from an exclusive focus on high growth to more balanced and sustainable growth as well as social objectives. This shift of emphasis will make China even stronger, even less dependent on its export markets and considerably more competitive in the international arena. This has the potential to yield lasting positive effects for Messer’s industrial gases business in China.

Annual report in printed and online formats
This year Messer is publishing its annual report in both printed and online formats. The theme of the 2010 Annual Report is ‘room’. For as well as making a start on creating new premises in 2010 by building the new corporate headquarters in Bad Soden, Messer is also committed to creating room for development. This applies to innovative gas applications as well as the expansion of the markets. At the same time, however, Messer also ensures that there is room for aspects that cannot be expressed in terms of sales figures. This includes the commitment of the employees as well as social projects. In addition to management statements on the company and the 2010 financial year, Messer brings you many interesting reports, for example from the Western, Central and South-East Europe regions as well as from China, Vietnam and Peru. The online annual report is now available at the following address: http://jahresbericht.messergroup.com
http://annualreport.messergroup.com