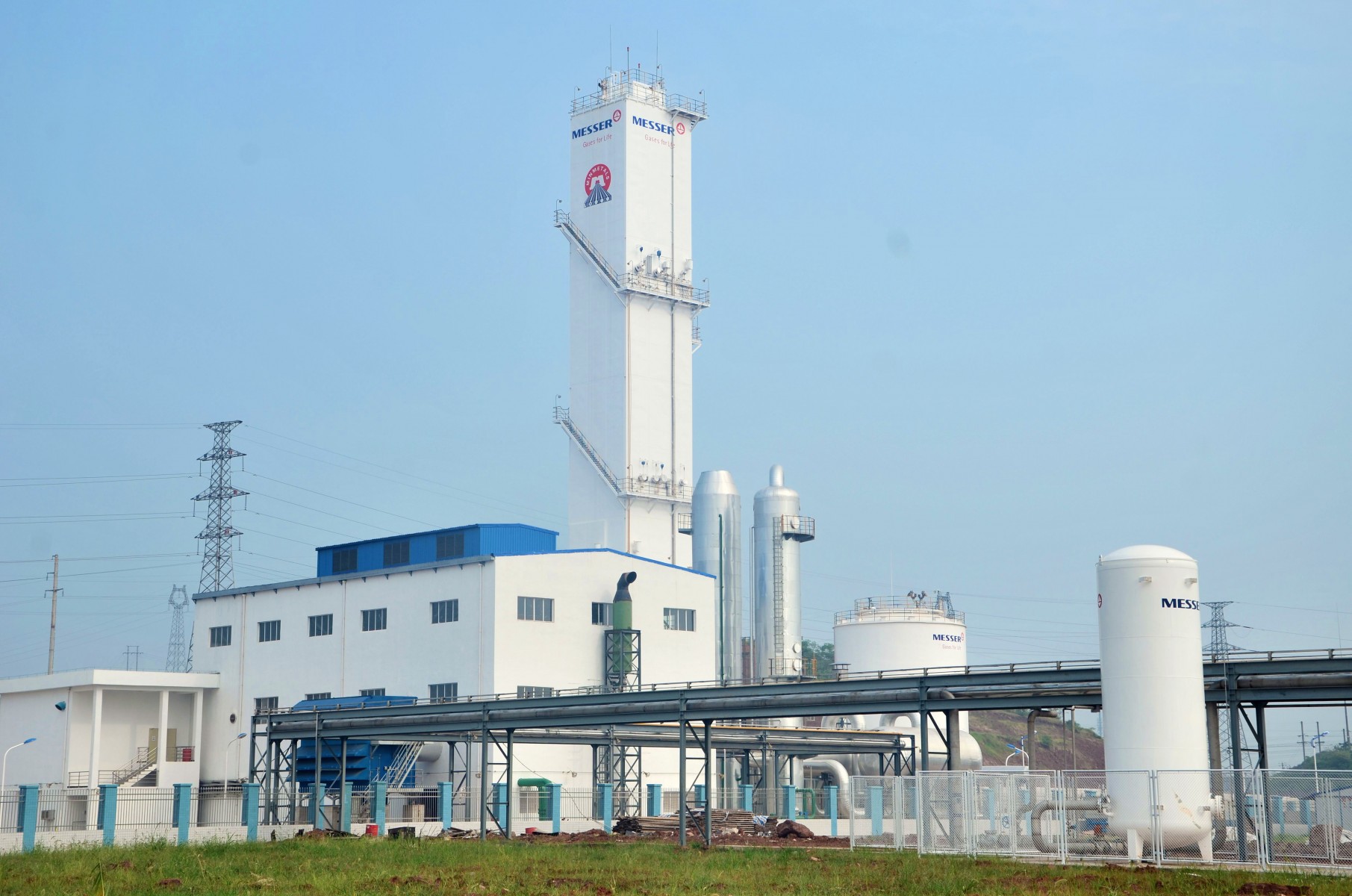 Messer has successfully commissioned a new production facility for air gases such as oxygen, nitrogen and argon in the southern Chinese city of Hengyang. Concurrently, the largest privately managed industrial gases specialist has signed a contract to supply gaseous oxygen and nitrogen over a period of 15 years with copper cathode manufacturer Minmetals Copper (Hunan) Co., Ltd. "The investment in Hengyang will strengthen our leading position in Hunan province. In addition, our cooperation with Minmetals ties in with our strategy of diversifying our Chinese pipeline business," says Werner Hickel, CEO of Messer in China.

Minmetals Copper has opened a new production facility in Hengyang with an annual capacity of around 100 thousand tonnes of copper cathodes. The copper cathode manufacturer’s industrial gas requirements resulting from this have been covered by Messer since June 2016. The industrial gases manufacturer is supplying the company with gaseous oxygen and nitrogen by pipeline.

Copper ore is converted to copper matte – the raw material from which copper cathodes are made – in melting furnaces. Oxygen is used to significantly increase the temperature in melting furnaces and at the same time remove impurities such as sulphur from copper ore. Nitrogen is used while stirring the copper matte in the rotary anode furnaces to prevent oxidation of the copper.