Greater sustainability and improved occupational safety in the healthcare system 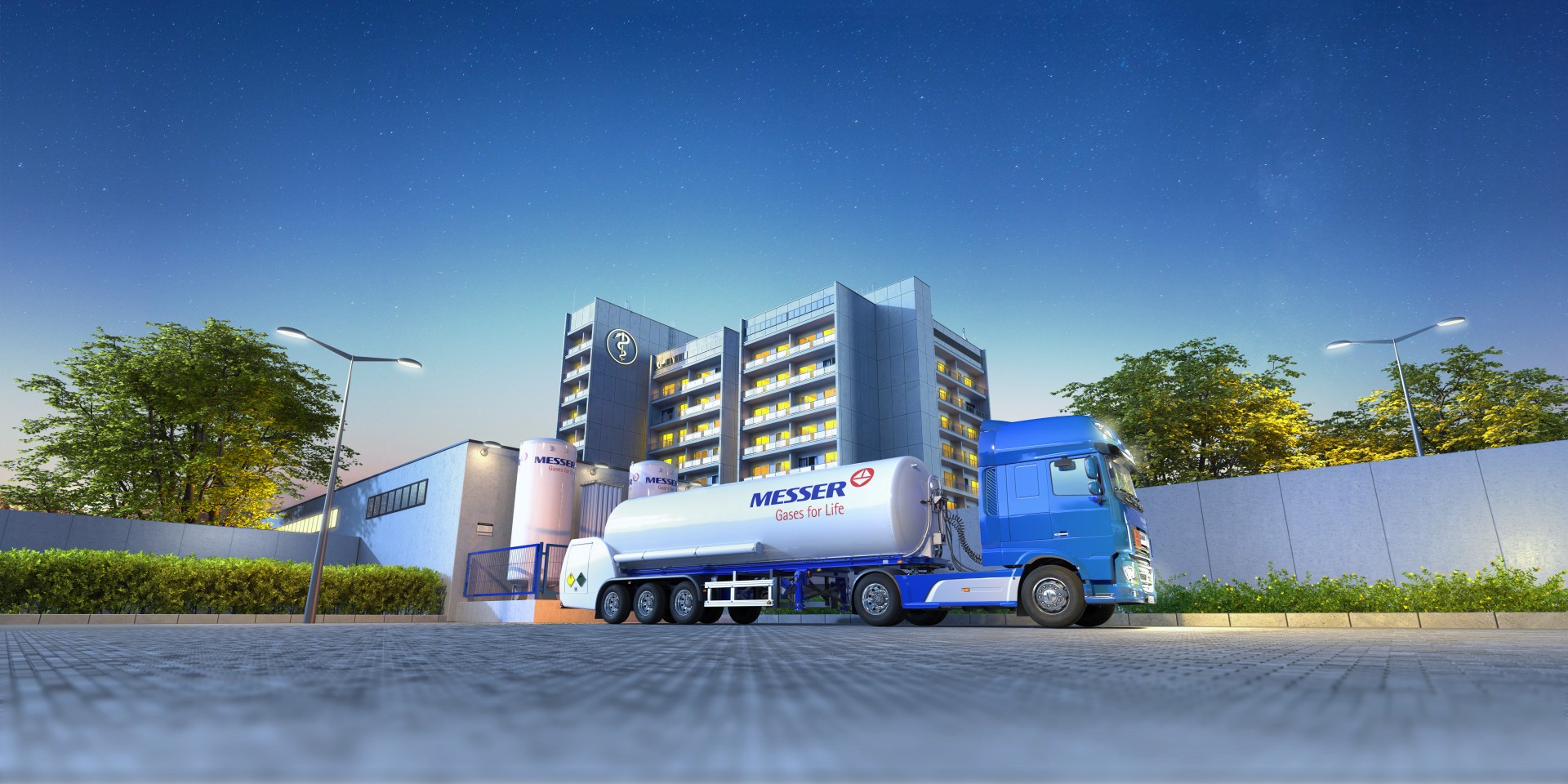 Press release 03/05/22_Messer 1
The Mobile Destruction Unit can be easily transported wherever gases are needed.

Greater sustainability and improved occupational safety in the healthcare system

A pharmaceutical company with worldwide operations, Messer specializes in the production and delivery of medical gases. Together with Medclair, a Swedish research and development company with expertise in nitrous oxide, Messer wants to reduce the effects of medical gases on the environment while improving occupational safety for medical personnel at the same time. Messer and Medclair are offering their innovative solution wherever certain medical gases and gas mixtures are used in the healthcare system. For the French and Spanish markets, Messer and Medclair have exclusive agreements.

Medical gases and gas mixtures have been used in the healthcare industry for more than 150 years, not least for their analgesic and anxiety-reducing properties. Examples of modern applications include anesthesia and pain management, such as for sedation in obstetrics and dentistry or in pediatric therapies. Some of these gases are also greenhouse gases, however. Adolf Walth, member of Messer’s extended management, emphasizes: “We are pleased about our cooperation with Medclair. This partnership underscores our commitment to sustainability. We are helping to protect the environment not only by optimizing our own processes, but also by developing technologies that make our customers’ processes more efficient and more eco-friendly.” This complete solution enhances environmental protection while also having a positive impact on occupational safety.

Environmental protection aspect
To significantly improve environmental protection in medical gas applications, Messer and Medclair are now informing the medical personnel about the application and its benefits. Medclair has developed two systems: The Central Destruction Unit, a solution for simultaneous treatment in multiple rooms, and the Mobile Destruction Unit, a solution for occasional treatments in different rooms, where the focus is on flexibility.

Both systems collect the medical gas expelled during patient treatment, separate it into its components – nitrogen and oxygen, for example – and then release those basic elements of the atmosphere back to the surrounding air. Jonas Lundh, Chief Executive of Medclair, explains: “We observe a growing awareness for the use of methods that prevent the gases used in healthcare from contributing to the climate crisis. We are pleased to be working together with Messer to significantly reduce greenhouse gas emissions in the healthcare system.”

Occupational safety aspect
Separating gases and gas mixtures into their components not only prevents the release of pollutants into the environment, but also improves safety conditions for medical personnel at the same time: In Europe, there are different exposure limits for the concentration of certain gases in the air in nearly all countries. Often there are also statutory requirements to minimize the concentration of the gases in the ambient air. Accordingly, rooms where the gas or relevant gas mixtures are often used must have a suitable exhaust system or appropriate air circulation. The use of a Central Destruction Unit or a Mobile Destruction Unit alone already significantly reduces the concentration of the gases in the air. As a result, this complete solution from Messer and Medclair greatly improves occupational safety in the healthcare system. A suitable exhaust system is still useful nevertheless.

Medclair is a leading provider of sustainable solutions for certain medical gases. The company specializes in the measurement, collection and removal of such gases, which perform important roles in healthcare. These gases are powerful greenhouse gases – 298 times more potent than CO2 – and also present a problem for occupational safety. Medclair’s technology minimizes greenhouse gas emissions and provides for a healthy work environment where these gases are used.

With Medclair’s solutions, our customers can convert more than 99 percent of the collected gases into harmless nitrogen and oxygen.

All of Medclair’s solutions are characterized by sustainability. The high degree of energy recycling significantly reduces energy consumption.