Messer steps on the gas for the car industry
Archive
Newsroom 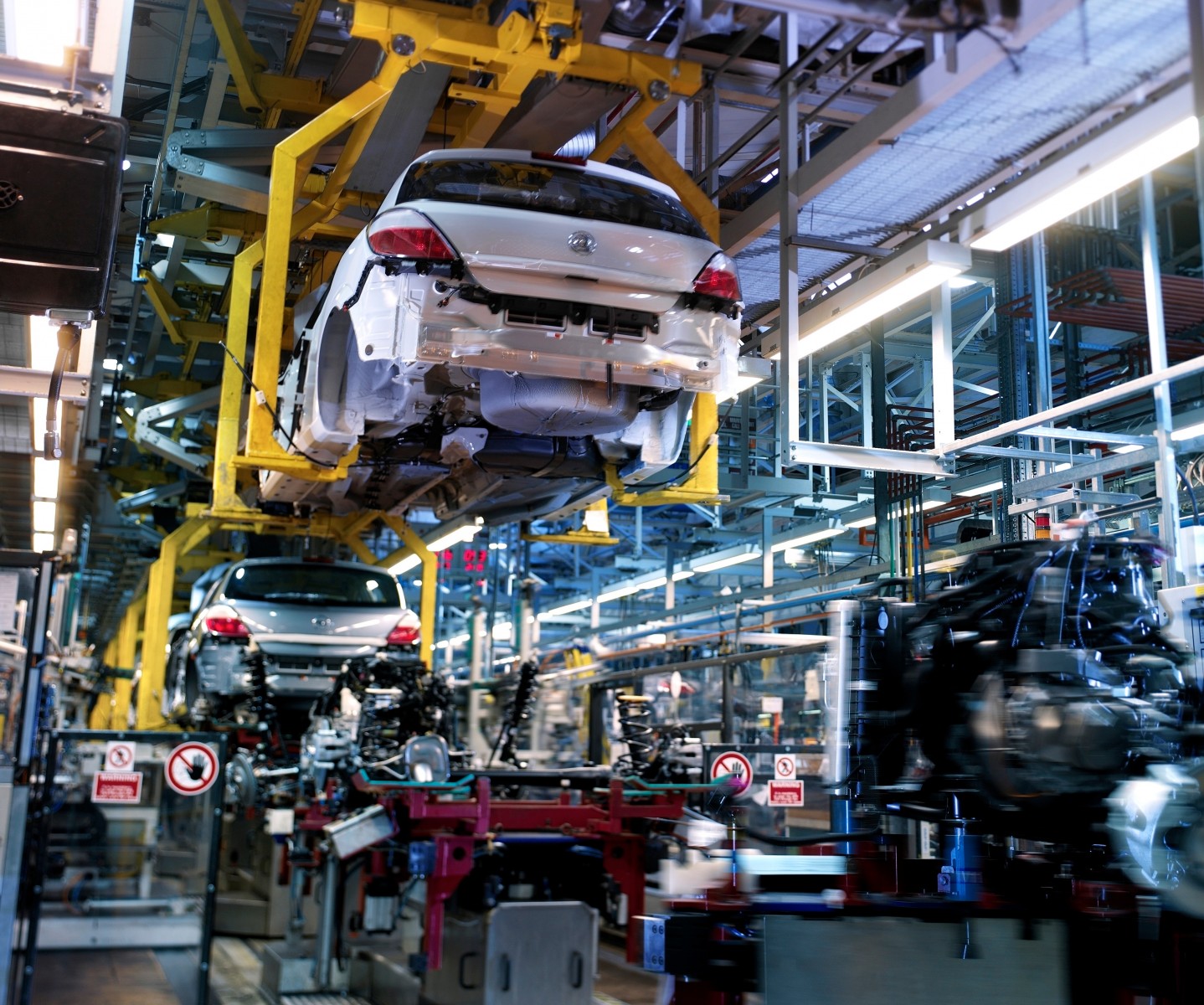 Messer steps on the gas for the car industry

Messer supplies gases for a host of applications technologies within the automotive industry, ranging from the chassis and the engine right through to the electronics. Expertise and experience garnered over more than a century have made Messer one of the leading experts in this field.

Just as our roads are filled with a huge variety of models, the car factories themselves abound with a vast range of application technologies for which Messer supplies the gases. Welding and cutting technology, which finds its application in the construction of chassis and car bodies, involves the extensive use of gases (see on air No. 6). But it’s not just at the production stage that gases play their part: once the driver gets behind the wheel, he and his passengers will still be very much dependent on their use – and by that, we don’t just mean ‘stepping on the gas’.

NOBLE GASES TO LIGHT UP DARK ROADS
For example, the noble gases argon and krypton when added to halogen compounds find a use in modern headlights (halogen lamps). Optimum illumination of the road is increasingly being achieved with the use of xenon. ”Xenon lamps are remarkable for their high luminance, low power consumption and extremely long service life“, explains Dr. Hermann Grabhorn, Vice President Specialty Gases.

Airbags too play their part in protecting drivers and passengers from injury. In contrast to previous practice, modern systems no longer exclusively rely on pyroelectric gas generators but are increasingly making use of hybrid or cold gas generators. The gases used to fill these maximum pressure generators are chiefly argon, nitrogen and helium.Helium is also ideal for use as a tracer gas for identifying leaks. Grabhorn describes its benefits as follows: ”The early identification of faults in production makes a significant contribution to keeping costs down.“

Using a tracer gas, it is possible to perform straightforward and low-cost tests for leaks in pipelines and heat exchangers, for example in air-conditioning systems.

CARING FOR THE ENVIRONMENT
Air conditioning is the key word for yet another gas that finds extensive use around the motor car: carbon dioxide. ”From a modern research point of view, this gas represents the most promising substitute for CFCs in vehicle air-conditioning,“ explains Grabhorn. When air-conditioning units are first filled on the assembly line, special CO2 supply systems are required. Messer is able to offer individual solutions in this regard.

In recent years, stricter regulations on CO2 emissions from private cars have led to design changes in engines and more powerful systems for dealing with exhaust fumes. When a vehicle goes in for its regular check-up exhaust air, the engineers there will use highly accurate calibrating gases and ultra-pure operating gases for determining its emissions class for tax purposes and for general quality control.

A QUESTION OF HARDNESS
The strength and hardness of a metal is crucial for its use in the manufacture of car bodies. Heat treatment plays an important role here. The inert gases required for this process can be directly produced from nitrogen and methanol in an oven.

At a temperature in excess of 750 degrees Celsius, methanol is thermally separated into two-thirds hydrogen and one-third carbon monoxide. Carbon donors such as propane or natural gas for carburisation are injected directly into the heating chamber. The endogas thus produced can be carefully regulated in its carburising effect so that, depending on the carbon content required by the material, these components can be only hardened or carburised.

Different hardening processes require different gases. For example, after heat-treatable and case-hardened steel has been quenched, there can still be unacceptable levels of residual austenite in the structure that considerably reduce the dimensional stability of the components. ”In practice, we therefore carry out cold treatments with temperatures as low as minus 120 degrees Celsius using nitrogen as the main refrigerant,“ explains Hans-Peter Schmidt, Technology Manager Metallurgy at Messer. The process known as nitration makes use of ammonia, nitrogen and carbon dioxide, which at temperatures of up to 580 degrees Celsius form a coating layer of iron nitrides and a nitrogen diffusion zone. Components treated in this way have an ultra-hard and corrosionresistant surface whilst maintaining high dimensional stability.

Flame hardening, which involves the use of gas burners operating with a mixture of oxygen and natural gas or propane, is applied to bring large gear wheels or long crankshafts up to hardening temperature; these components are subsequently quenched in water. Induction hardening is a similar process with the heat energy being channelled into the outer edge or surface of the component via electrical induction fields.

INDIVIDUAL SOLUTIONS
Other components are manufactured from grey or spheroidal cast iron by moulding and are only later modified in their resilience and hardness by means of a series of careful processes. These thermal treatments take place in furnaces with a choice of nitrogen or argon as the inert gas, depending on the alloy in question. There are numerous other applications for gases in the automotive industry.

Take, for example, carbon dioxide which is used as a foaming agent with liquefied plastics to produce the foam components of car seats. Or dry ice, used for blast cleaning (see on air No. 2). Messer provides individual solutions for all of these applications.

Whether the gas comes in cylinders or tankers, whether it is produced on site or pumped in via a pipeline, there is always a suitable mode of supply.