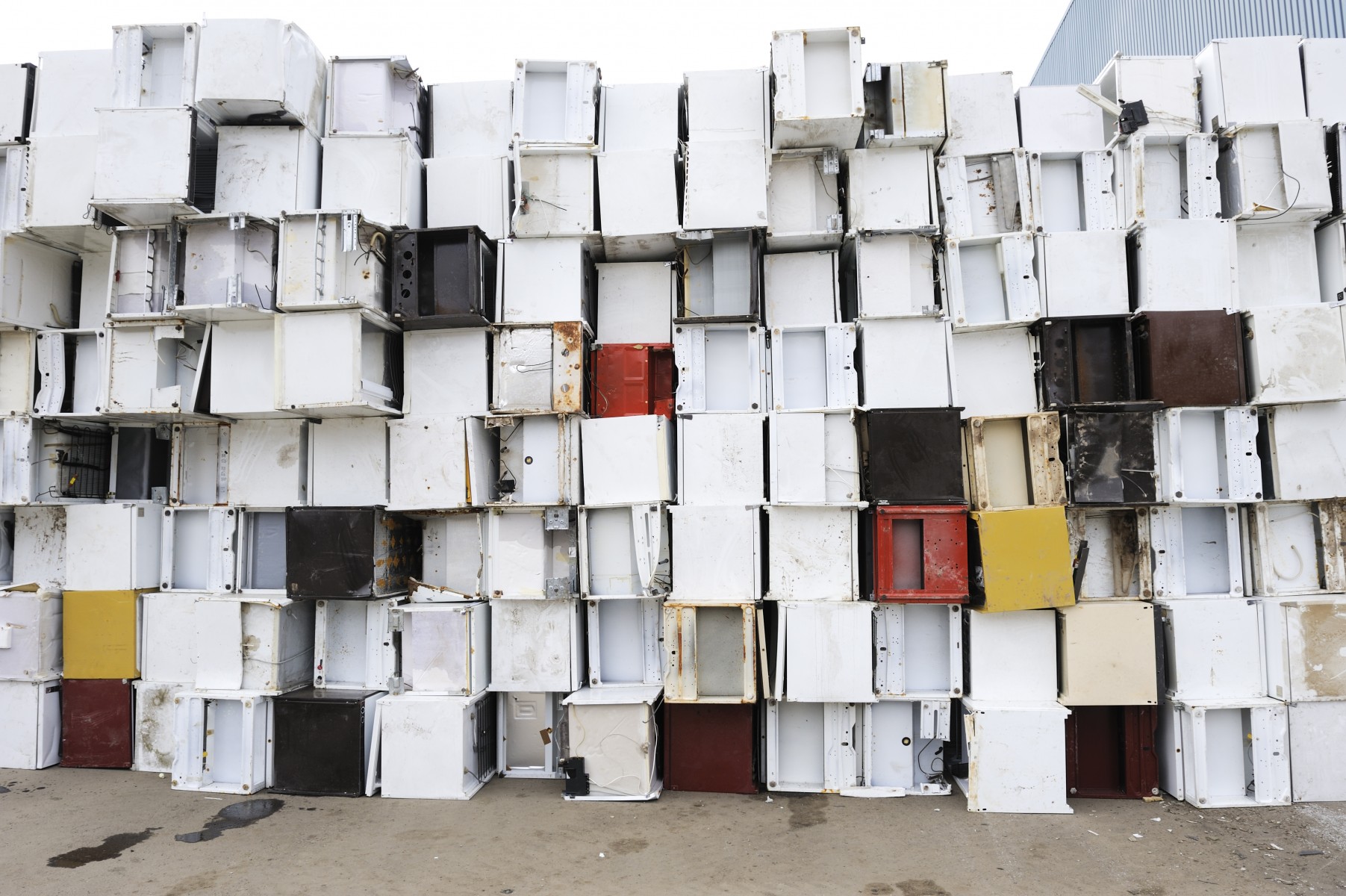 Protecting the environment through CFC recovery

The proper disposal of old and faulty refrigerators and freezers is very important for environmental protection. Above all, it is necessary to prevent harmful substances such as compressor oil, mercury or chlorofluorocarbons (CFCs) from getting into the soil, groundwater or air. Effective measures against this are very cost-intensive. On the other hand, the appliances also contain a lot of valuable materials such as copper, aluminium and iron, as well as less valuable substances such as glass, plastic and polyurethane. These can be recycled and sold for a sufficiently high price to allow modern recycling facilities to be operated profitably in spite of the stringent environmental regulations.

Recycling
Refrigerator recycling is a two-stage process: first the cooling compressors are removed and any oil or coolant contained in them sucked out. If done carefully, these substances can be collected without major losses. In technical terms, it is a relatively straightforward task as the harmful substances are obtained in liquid form.

In the second stage, the empty refrigerators are crushed in a shredder. The reusable materials subsequently undergo various separation processes, resulting in almost completely pure material types at the end. However, the crushing process also produces gaseous pollutants. Especially in the case of old refrigerators where the manufacturing process involved the use of CFCs as a foaming agent for the insulating layer, these gases escape when the foam pores are opened during shredding.

Waste gas cleaning
Messer has developed the DuoCondex process for waste gas cleaning. This involves the flow of waste gas being conducted through special condensers that are cooled with liquid nitrogen. The extremely cold temperatures of the liquid nitrogen (minus 196 degrees Celsius) cause the harmful substances to be frozen out in the condensers, allowing them to be separated from the waste gas flow. When the condensers are frozen over, they are heated, causing the harmful substances to melt and flow into a container in liquid form. They are then disposed of.

The liquid nitrogen that is used to cool a DuoCondex unit’s condensers vaporises in the apparatus and exits the unit in a gaseous state. The gas can then be easily conducted into the shredder, where it acts as a protective gas, virtually eliminating the risk of fire or explosion. This is necessary because an increasing number of refrigerators using pentane-foamed insulation are also being processed. Pentane-foamed insulating materials are environmentally friendly and are now being used in place of CFC materials. These refrigerators therefore account for a constantly increasing percentage of appliances being recycled. However, pentane is flammable and requires effective protection against fire and explosion.

The replacement of CFC refrigerators with appliances using pentane-foamed insulation is a crucial step in terms of environmental protection. Nevertheless, the proportion of CFC appliances in recycling often still exceeds 80 per cent and is only expected to drop to below 10 per cent in 2020. CFCs damage the atmosphere’s ozone layer and contribute to global warming (greenhouse effect). The following comparison is provided to illustrate the impact on global warming resulting from a single CFC refrigerator that has not been recycled properly (rounded figures):

Overall process
The process chain from leaving a refrigerator by the roadside to its complete dismantling at a recycling facility has several weak points where CFCs can escape as a result of improper handling. The total technically feasible CFC recovery rate of 90 per cent is therefore not achieved by a long way – in fact often it is even less than 50 per cent. The biggest "sinners" are the scrap metal thieves who cut out the compressors from refrigerators that have been made ready for collection, resulting in the direct release of the CFCs contained in the coolant. During transportation and storage, CFC losses occur as a result of mechanical damage to the foam insulation as well as through rainwater penetration leading to softening of the foam. The next potential weak point is the coolant extraction system for compressors. CFCs can escape if the equipment is not connected properly. Controlling the gas flow in the shredder is difficult as the refrigerators have to be put into the machine and the materials discharged via airlocks. Sealing the shredder and its input and output systems is technically very demanding, particularly because of the high mechanical stress levels as well as influencing factors such as temperature, moisture and dust.

Also, there are often CFC residues in the discharged PU foam if it has not been completely broken down. Moreover, the material contains matrix-bound CFCs that have to be removed from the polyurethane by increasing the pressure and temperature in a special post-treatment stage and then conducted – in parallel to the waste gas – from the shredder to the waste gas cleaning system.

The waste gas cleaning process itself is also a potential source of CFC losses. However, in modern systems, this process has been developed to such an extent that further reductions in CFC losses are hardly possible. If, for example, a DuoCondex unit is used here, residual CFC loads of less than 20 milligrams per cubic metre can be achieved at the clean gas outlet in accordance with the official regulations (TA-Luft – German Technical Directive on Air Quality Control). This extremely strict limit stipulates that CFC losses in the waste gas cleaning process must be less than 0.1 per cent.

In refrigerator recycling, there are therefore many technical and organisational means to significantly reduce CFC losses. A clear climate protection effect can be achieved with comparatively modest additional expenditure.