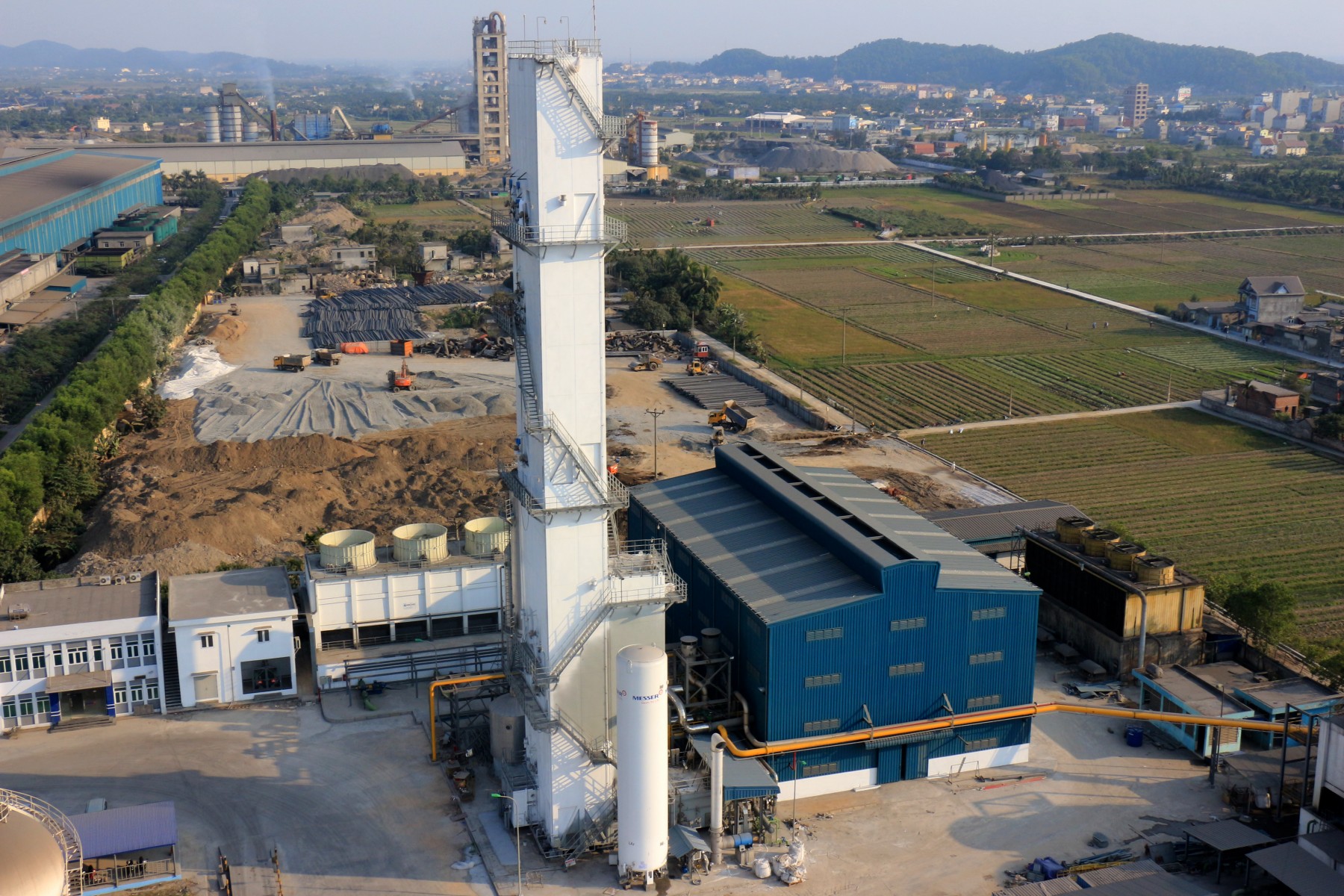 Press release_07/29/2016_ASU Vietnam download
The new air separation unit is the largest industrial gases plant in North Vietnam. It supplies the steelworks itself as well as produces gases in liquid form for the local market.

Messer, the world's largest privately managed industrial gases specialist, has commissioned its third air separation plant in Vietnam. The plant was built to supply gases to the family partner of the Messer family concern of many years, steel manufacturer Hoa Phat Steel, thereby increasing their daily capacity by 240,000 standard cubic metres of oxygen and 480,000 standard cubic metres of nitrogen.

In 2011 Messer in Vietnam and the Hoa Phat Group signed the company's first 25-year supply contract. The new air separation unit (ASU) is the largest industrial gases plant in North Vietnam. It supplies the steelworks itself as well as produces gases in liquid form for the local market. "We secure the leadership position in the North Vietnamese market on a continuous basis", highlights Stefan Messer, owner and CEO of the Messer Group.

Following a construction period lasting 15 months, the plant is now in stable operation and producing air gases, such as oxygen, nitrogen and argon. Together with the previously existing ASU's, the Hoa Phat Steel steelworks is now being supplied with 22,000 cubic metres of gaseous oxygen and 30,000 cubic metres of gaseous nitrogen via pipeline every hour."This is the first time Messer has installed an air separation unit with a 'cold box' in Vietnam. It's made up of five pre-installed modules which made it possible to reduce the short project duration still further while maintaining quality", says Johann Ringhofer, Executive Vice President for Engineering & Production at Messer Group.

Messer intends to continue strengthening its leadership position in the Vietnamese market. The plan is to supply other plants besides Hoa Phat Steel with gases in both liquid and gaseous form, particularly those in the North Vietnamese industrial corridor from Hanoi to Hai Phong.