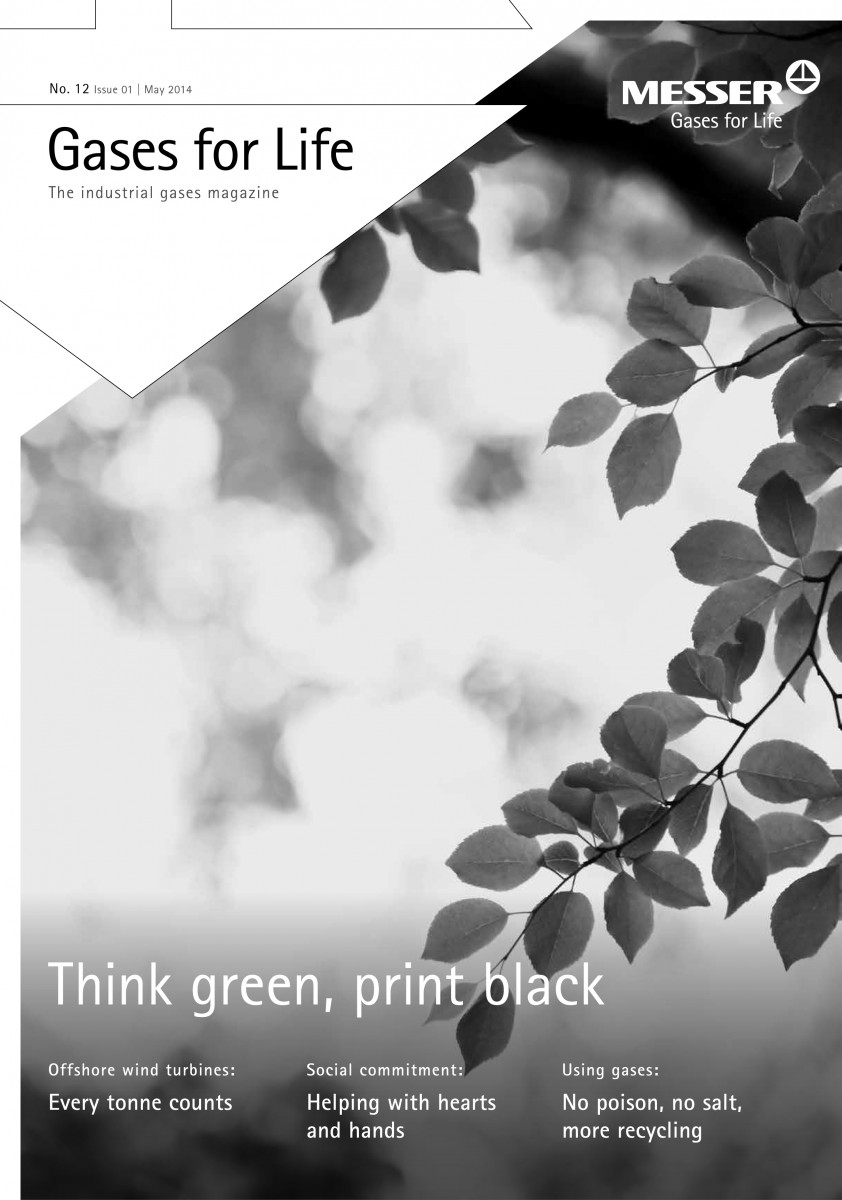 With immediate effect, the industrial gases specialist Messer will also publish its image and specialist publications, such as the quarterly magazine “Gases for Life” and brochures on gases and technologies, in a black and white version. Messer is introducing this measure following the result of a survey of the readers concerning the twelfth issue of “Gases for Life” which was conducted in May 2014. In line with the slogan “Think green, print black” the magazine was printed experimentally only in black and white. Around three-quarter of the 100 replies from eight European countries,  and  were in favour of the black and white design, especially for environmental reasons.

Dispensing with colours meant that CO2 emissions during production could be reduced by approximately nine per cent: Four-colour printing of the 16-page magazine generates 4,165 kilograms of CO2, printing in black and white only 3,797 kilograms. "When you first hear that it sounds like a modest amount, but it's about the process of rethinking," emphasises Diana Buss, Communications Vice President. “We never send our free magazine unless requested, and offer it as an ePaper on our network. Furthermore, in the printed version there is a note recommending that after reading the publication, it should be kept as collector’s piece or recycled as waste paper.” On its internet pages, Messer now offers all its colour brochures in versions optimised for single-colour printing for those who like to have their information on paper rather than reading it on-screen. “Black and white printing is also up to six times cheaper than colour printing on the equipment people have at home.”

The company intends to further develop and optimise the idea and hopes that "Think green, print black" will win further fans.