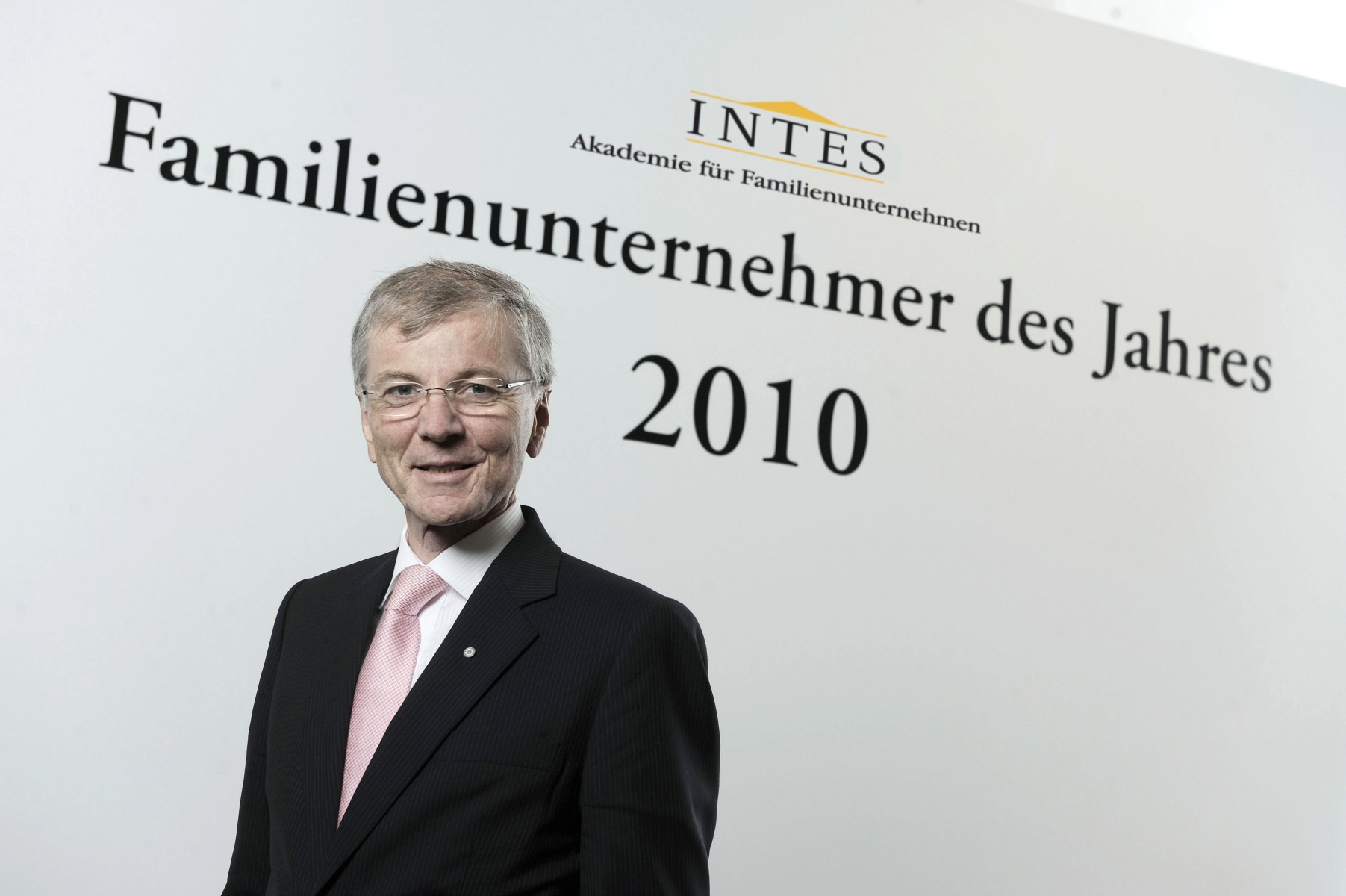 Stefan Messer, owner and CEO of Messer Group GmbH, has been honoured for his exemplary business achievements by being named ‘Family Entrepreneur of the Year’ at this year’s INTES Business Success Forum. The award is bestowed by INTES in association with the business magazine ‘impulse’. Explaining the judges’ decision, Prof. Peter May, head of the judging panel and founder of INTES, said: “When all seemed lost for this family-run company with its more than 100-year history, Stefan Messer succeeded in taking the business back into family ownership.”

The industrial gas supplier laid the foundation for renewed business success by taking all the Messer Group shares back into family ownership. Stefan Messer had to accept a three-year non-competition obligation and subsequent one-year ban on using the Messer brand in Germany as a result of this financing. Since the mid-60s, the Messer family had only held one third of the shares in the company which belonged to the Hoechst Group and later to Aventis. The newly formed company, Messer Group GmbH, launched its business activities from Sulzbach, in the Taunus region, on 7 May 2004, with over 30 operating companies in Europe, Asia and Peru. The business owner returned to the German market with Messer Industriegase GmbH in 2007. Areas in which industrial gases are used include mechanical engineering, food production and medicine. Today, the world’s largest owner-managed industrial gas specialist employs some 5,200 staff in over 30 countries. In 2009, the annual turnover was 797 million euros.

The nine-strong judging panel, made up of business and media representatives as well as partners of the INTES Academy for Family Businesses, was particularly impressed with the strategic return of the company into family ownership and the practice of “good governance”. Virtues such as responsibility, endurance and entrepreneurial flair have been the cornerstone of the Messer family’s socially responsible way of doing business for generations.

Stefan Messer was lauded by Dr. Nikolaus Förster and presented with the award in recognition of his lifetime achievement as an entrepreneur. The award ceremony took place before an audience of some 200 guests at the 2010 INTES Business Success Forum’s evening function, which was held on 4 November at the Grandhotel Schloss Bensberg.