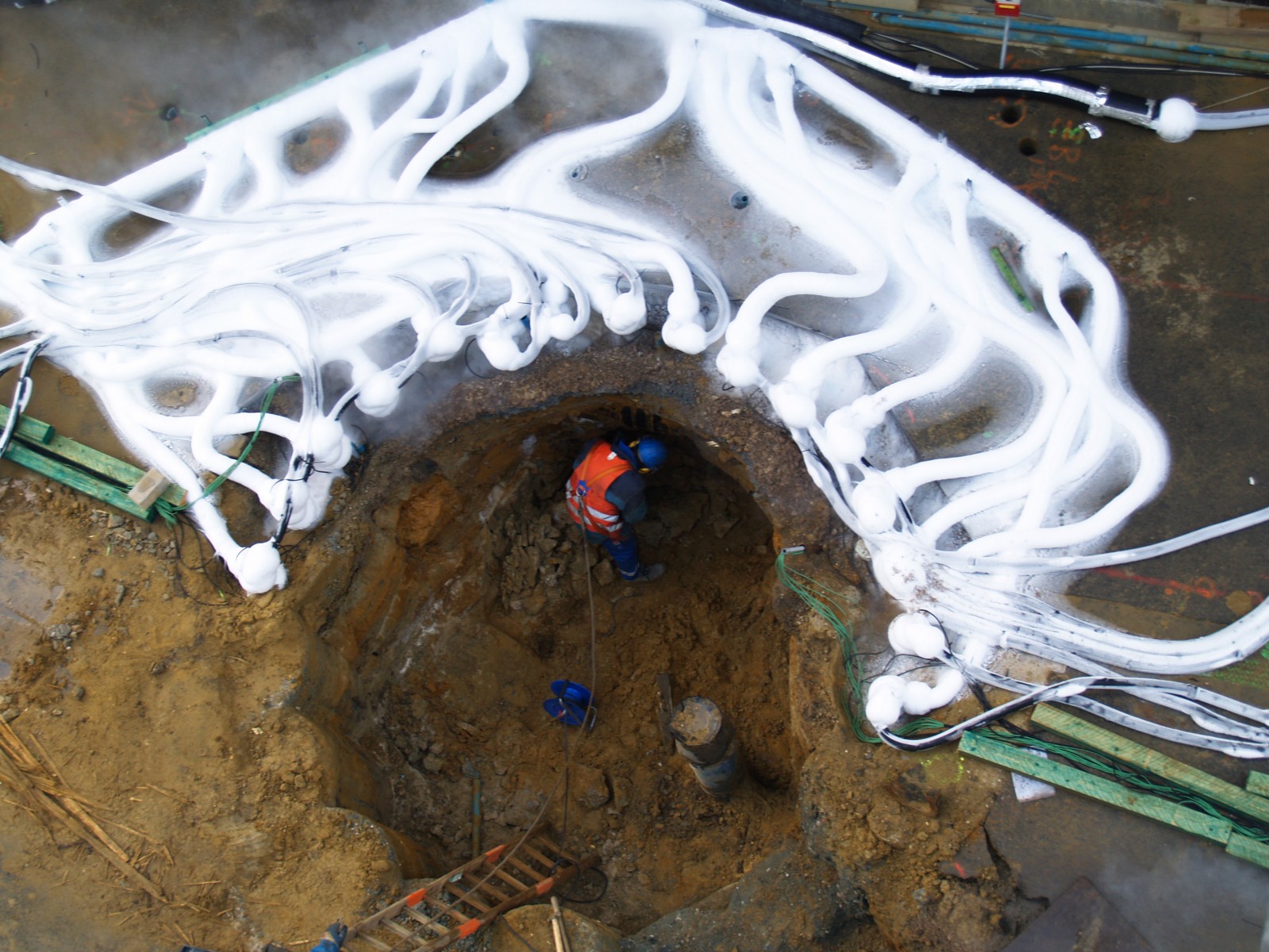 Press release_10/06/2008_Bombenentschaerfung_300
A bird’s-eye view of the excavation, clearly showing how the individual hoses feed the liquid nitrogen into the soil.

Germany: At the beginning of the year, Messer’s soil freezing technology was instrumental in recovering a World War II bomb unearthed in Marl in North Rhine-Westphalia.

In December 2007, construction workers carrying out ground surveys on the site of Evonik AG in the Marl chemicals complex unearthed a 500kg aerial bomb from the Second World War, which had to be recovered. However, since this cluster bomb was lying underneath the foundations of a chemical production facility, it was not possible to use conventional methods for the excavation: while it was possible to stabilise one side of the excavation with conventional measures such as sheet piling, securing the foundation side proved more difficult. This was a job for Messer and its soil freezing technology. This involves using lances to inject liquid nitrogen into the ground that is to be frozen. The liquid nitrogen withdraws energy from the soil as well as from the water contained in it, thus causing the formation of a frozen mass. In this case, the frozen mass formed a stable wall which also supported the load of the foundations, allowing experts to dig down to the bomb at an angle.

Stably frozen right to the end

Within just a few weeks, everything had been installed, from the nitrogen tank to the nitrogen supply and discharge pipes, from the freezing lances to the measurement and control system. This meant that freezing could commence as planned on 15th February this year. After approximately 500,000kg of nitrogen had been pumped into the pit, the frozen mass was stable, and the bomb disposal team could move in and successfully remove the bomb.

The frozen mass was preserved for a few more days to ensure the structural stability of the ground for the backfilling work.