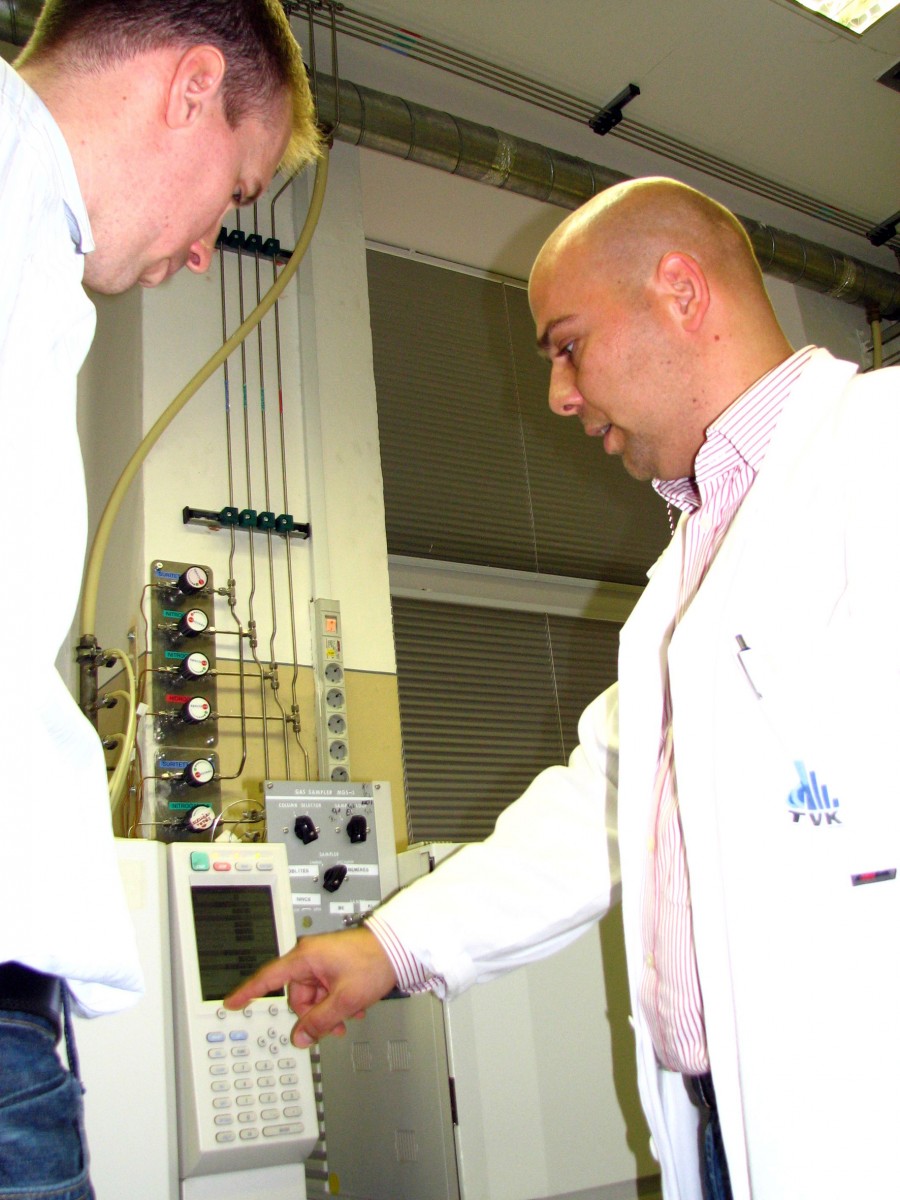 TVK, the largest petrochemical company in Hungary, has awarded Messer the contract to equip the laboratory in its olefin plant in Tiszaújváros. The new gas supply system with gas withdrawal points was handed over to TVK in November 2009. Messer supplies hydrogen, helium, nitrogen and calibration gases for the 30 or so chromatographs which are used to analyse hydrocarbon samples. From these samples, it is possible to test the quality of raw materials as well as intermediate and end products. TVK, which obtains polypropylene and polyethylene from petrol and diesel to use as the raw materials for a large number of plastic products such as house hold goods and spare parts for cars, has now been working with Messer for over ten years. Since 1999, Messer has put nitrogen generators with a total capacity of 12,300 standard cubic metres per hour into operation at TVK in several phases.