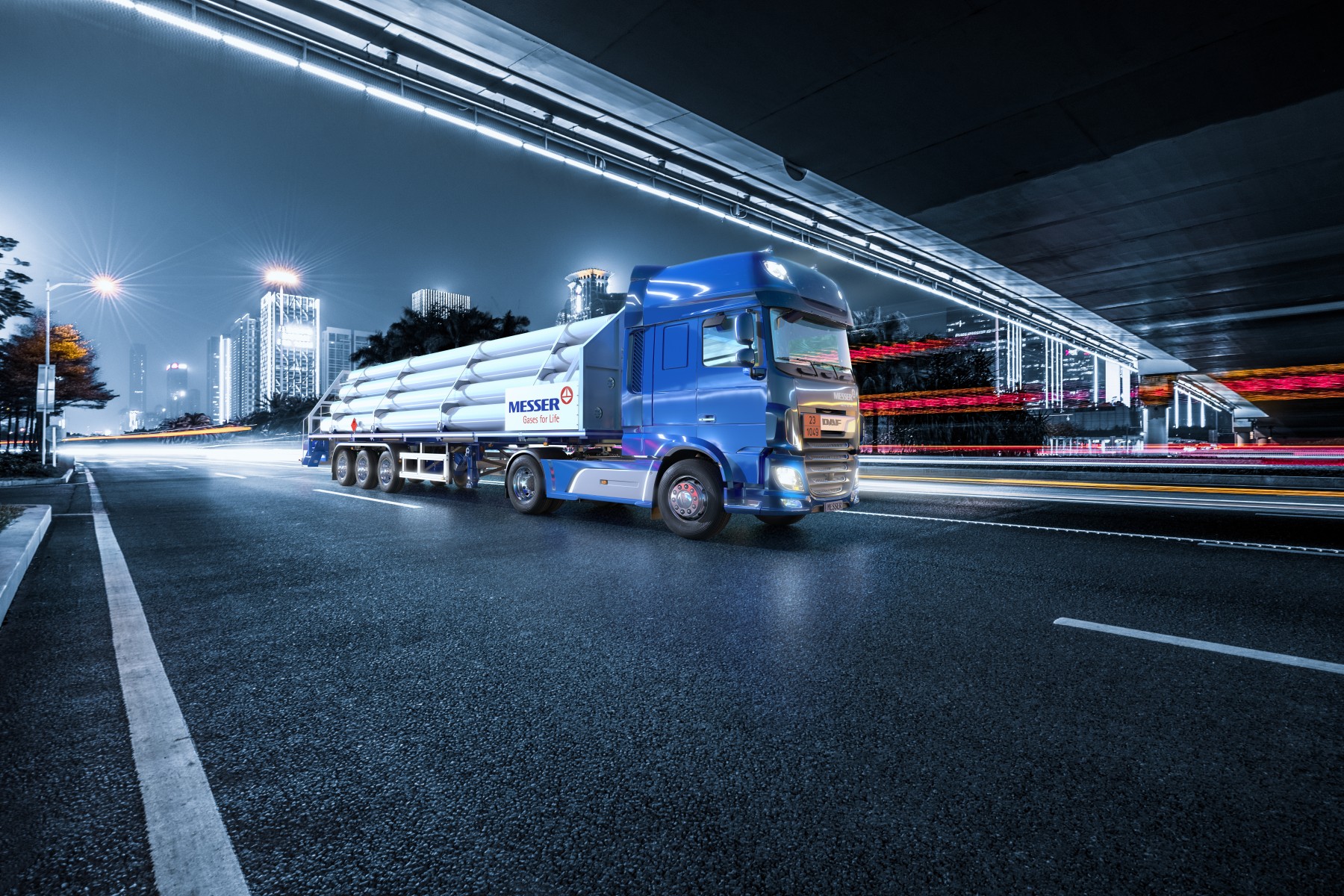 Press release_10/04/21_Messer 1
With its gas expertise and application technology knowledge, Messer can make an important contribution to decarbonization in the areas of transport and industry.

In spring this year, seven leading Hessian companies joined forces and offered the state government active support in establishing a regional hydrogen economy. With Kasseler Verkehrs- und Versorgungs-GmbH and TÜV Hessen two more well-known companies have joined the initiative. The partners renew their joint offer to support the state of Hesse in the development of a regional hydrogen economy.

They have received positive feedback from the responsible Ministry of Economic Affairs, Energy, Transport and Housing. This has held out the prospect of participation in the consultation process. The initiative is very happy to do so:

because time is pressing due to the recently passed amendment to the Federal Climate Protection Act, which provides for a further tightening of national climate targets such as net greenhouse gas neutrality by 2045. And hydrogen has a crucial role to play in achieving these goals.

All members are convinced that all the prerequisites are in place in Hesse to make the state a future location for hydrogen. They advocate a pragmatic, cross-sectoral and technology-open approach. From the partners' point of view, this is the only way to provide new impetus for the Hessian economy and to achieve the ambitious climate protection goals to which they are clearly committed. They want to make an active contribution to Hesse becoming a pioneer in climate protection. In addition, they want to do justice to their responsibility for future generations. At the same time, the initiative is committed to ensuring that Hesse remains a strong business location even after the upcoming transformation. This is the only way to ensure employment, growth and prosperity for its citizens.

The companies are already demonstrating in various places that they are convinced of the power of hydrogen for climate protection: fuel-cell trains fueled by hydrogen will be rolling through the Taunus region in Frankfurt-Höchst in the future.

3.5-ton delivery trucks with fuel cells are expected to be on the roads of Hesse in 2022. And a concept is investigating how green hydrogen for mobility applications can be produced from climate-neutral electricity. Promising beginnings have been made. On the road to a hydrogen economy, there is still much to be done, many points to be set and open questions to be clarified. The cross-sector initiative is very happy to be involved in this process.

Tim Evison, Senior Vice President Messer SE & Co. KGaA: "Not only the transport sector, but also Hesse's industry now have an explicit obligation to make a significant contribution to the decarbonization of our state by 2030. Among other things, we will succeed in this challenge if we apply renewable hydrogen in our respective operational processes and use it as a clean, affordable and practical fuel. To achieve this, we are using our gas experience and Messer's application technology expertise - together with the partners of the Hydrogen Initiative - in an energetic, targeted and, above all, technology-neutral way. In this way, Hessen will be strengthened as a business location by the energy turnaround."