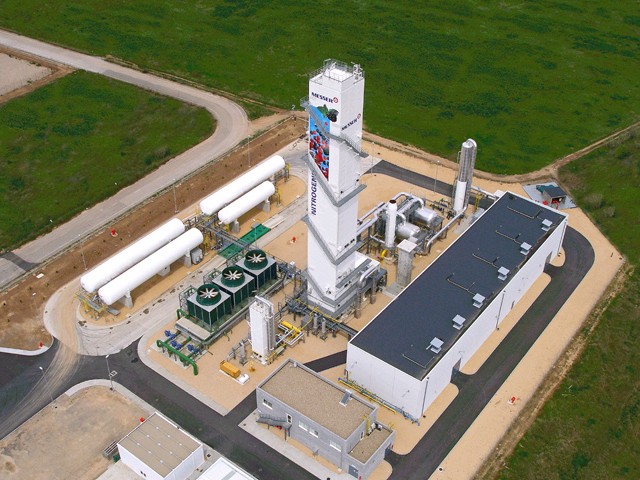 Industrial gases specialist Messer has put a new production plant into operation in El Morell (Tarragona, Spain). The privately managed company based near Frankfurt has invested 42 million euros in its Spanish subsidiary’s new plant. Messer is massively expanding its capacities in Europe and Asia: “Over the period to 2010, we are investing a total of around 700 million euros in gas production, mostly in the context of long-term customer contracts”, explains Stefan Messer, owner and CEO of the family business. The new air separation plant, one of the largest in Spain, is connected to its own 90-kilometre long pipeline network that supplies the leading chemical and petrochemical companies at the Tarragona industrial complex. The plant has a daily production capacity of 550 tonnes of oxygen, 900 tonnes of nitrogen and 26 tonnes of argon. In addition to the industrial gases supplied through the pipeline, Messer also liquefies oxygen and nitrogen and supplies these to customers by tanker. Messer Ibérica operates a gas cylinder filling plant in Vilaseca, the only one in Spain that uses 300-bar technology. In a few months, another filling plant is due to go into operation in the province of Alicante.

The gases produced by Messer are used in almost 300 different applications, including in the medical sector. Messer has also received a licence from the Spanish health authority to produce medical gases at the new plant. This will enable the company to increase supplies of these products and widen its customer base, which includes hospitals, old people’s homes, care homes and ambulances, primarily in Catalonia.