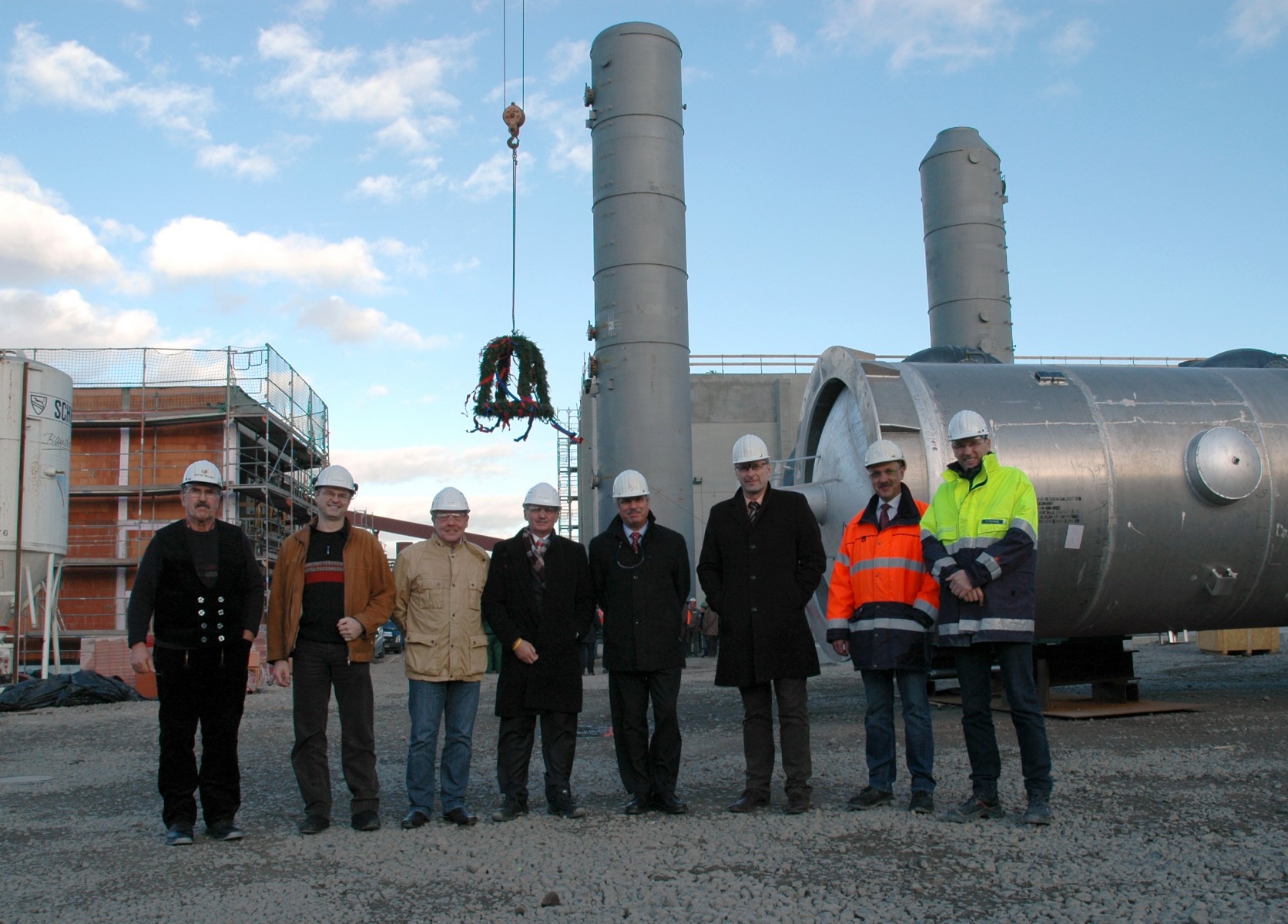 10,000 cubic meters of earth moved, 5,000 cubic meter of concrete poured and 1,300 square meters of brickwork: These are a few of the key statistics so far for the new air gas production facility being built by the Messer industrial gas specialist on the Salzgitter Flachstahl site, a subsidiary of the Salzgitter AG company. Just before winter sets in, Messer and its partners are today celebrating the topping-out for the new construction project in which Messer has invested approximately€50 million.

In total, there are approximately 80 people working full-time at the Messer construction site. Preparations are currently underway for the installation of the coldbox, the heart of the facility where the rectification columns are to be operated. Inside these, air is separated into its constituent parts of oxygen, nitrogen and argon. Starting in August 2010, Salzgitter Flachstahl GmbH will be supplied with industrial gases from this state-of-the-art facility over a period of 15 years. In addition, Messer will be producing gases in liquid form for the local market.

The world’s largest management-owned industrial gas producer is investing up to €160 million in the construction and expansion of production facilities in Germany. Messer is investing a total of €700 million to guarantee its European and Asian customers reliable and independent supplies also for the future.