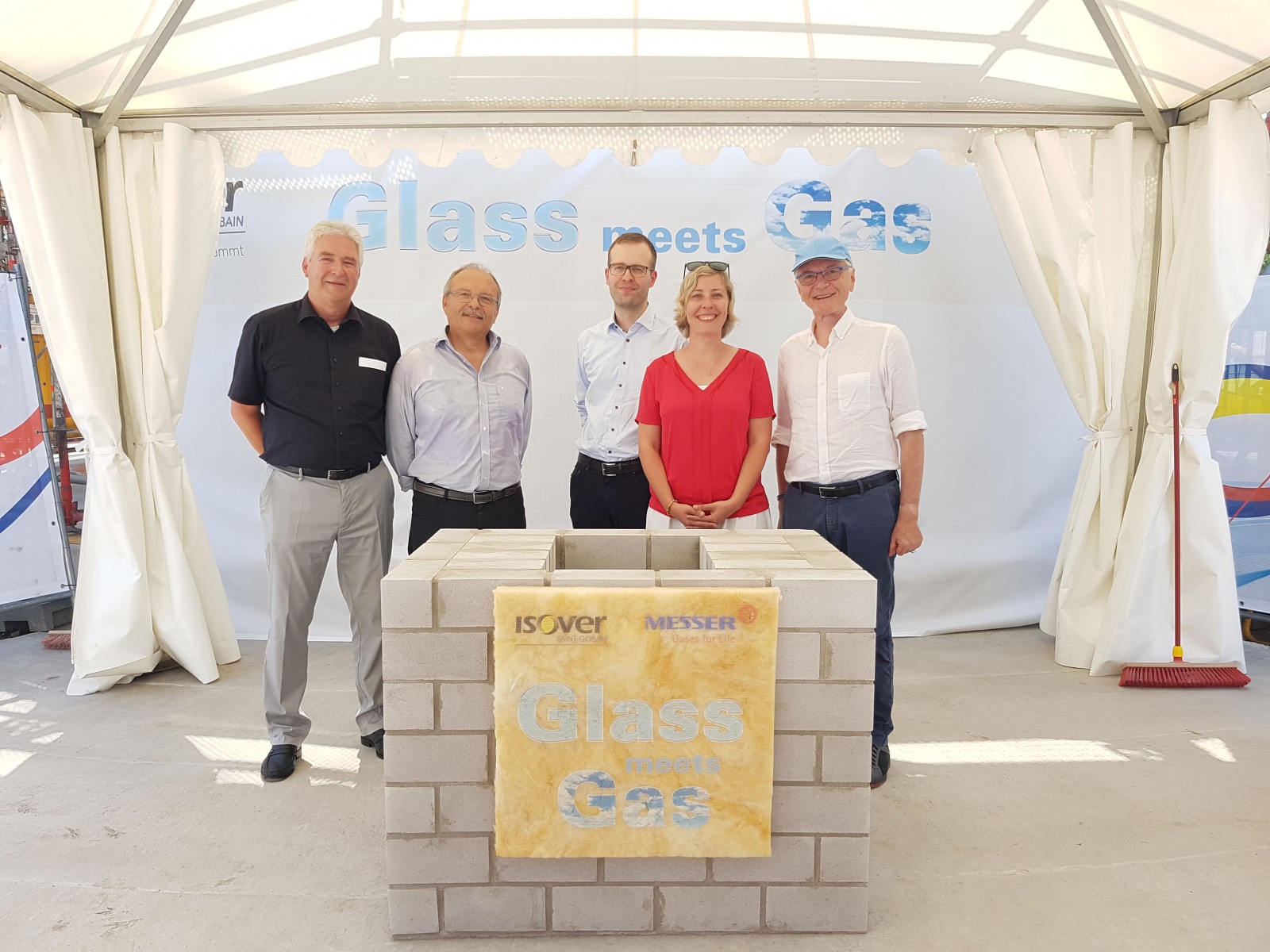 Messer, the world’s largest family-run industrial gases specialist, will today lay the foundation stone of its third air separation unit in Germany. Messer is investing around 32 million euros in the oxygen, nitrogen and argon production facility which will be built at the SAINT-GOBAIN ISOVER G+H AG site in Speyer. Messer will thus be constructing an air separation unit to provide a direct supply of gases to a customer in the glass industry.

From Spring 2020, Messer will be producing around 500 tonnes of industrial gases a day in Speyer. ISOVER, specialists in energy-efficient insulating materials, will take much of what is produced themselves for the manufacture of glass wool products. In future, Messer also wants to use this production facility to supply its customers in southern Germany with oxygen, nitrogen and argon. Climate protection is another factor: “A direct supply allows us to minimise the logistics footprint associated with transporting gases by road,” says Stefan Messer, owner and CEO of Messer Group GmbH. At present, ISOVER’s Speyer plant is being supplied with four tanker deliveries a day from the Messer plant in Siegen.

Industrial gases are as important as water and electricity in many production processes. Oxygen is used, among other things, to make combustion processes more efficient and environmentally friendly because, in contrast to air combustion, it eliminates nitric oxide emissions and reduces fuel consumption. Nitrogen’s inerting properties are widely used to ensure process safety, especially in the chemical industry. Argon, which comprises about one per cent of the air, is mostly used in gas mixtures for welding.