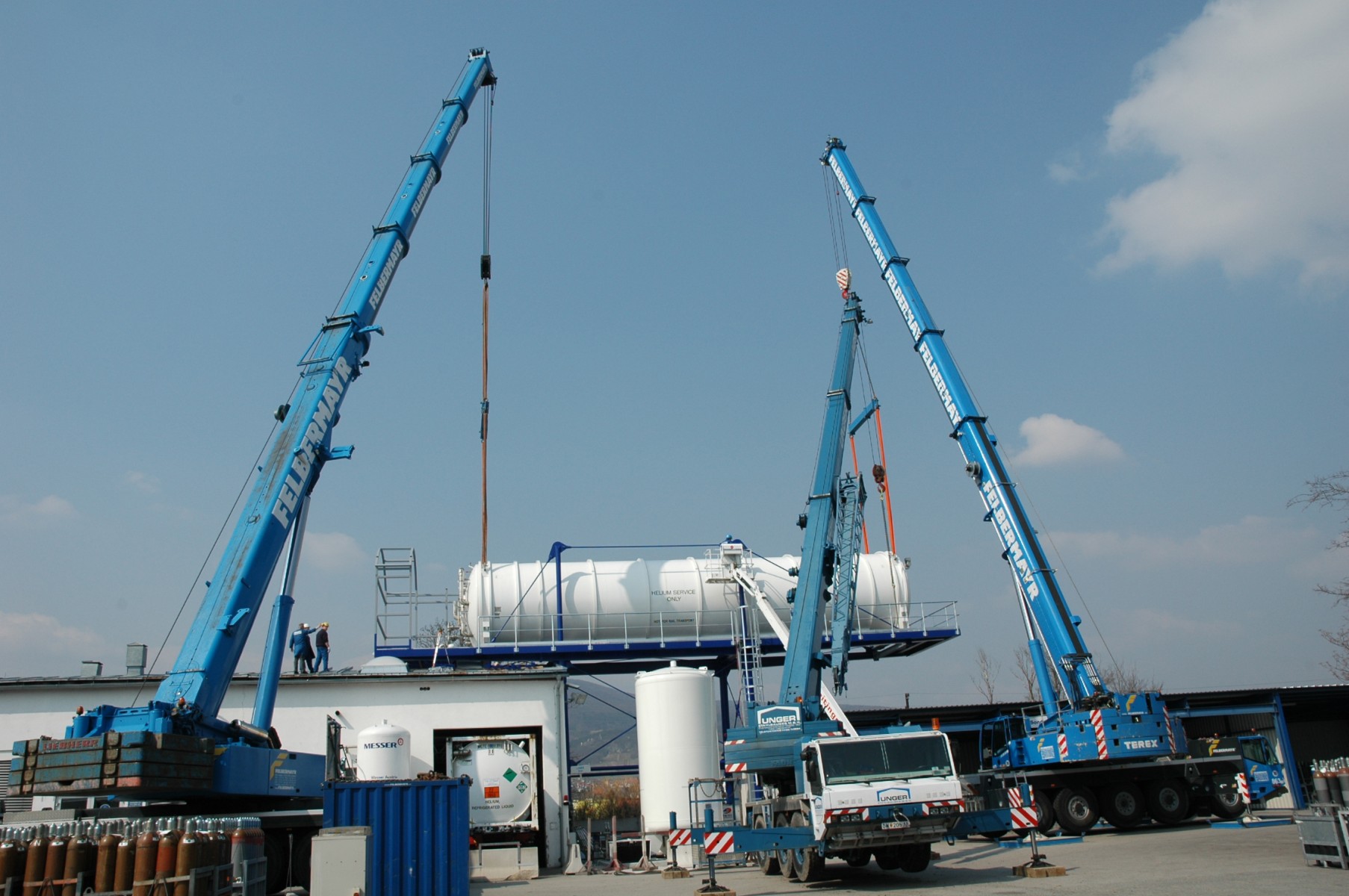 Press release_09/10/2008_Helium Tank
1.000.000.000 balloons could be filled with the recently constructed helium tank in Gumpoldskirchen, Austria.

Helium from Messer will be used in the operation of the world’s largest particle accelerator.

In the period up to 2011, the industrial gas specialist Messer will supply around 160,000 kg of helium through its Swiss subsidiary, Lenzburg-based Messer Schweiz AG, for the operation of the world’s largest particle accelerator built to study the building blocks of matter. The proton and ion accelerator, or “Large Hadron Collider“ (LHC), has been installed in a 27 km underground tunnel by the Geneva-based European Organization for Nuclear Research (CERN) and is expected to go into operation in the summer. The cooling capacity of the liquefied inert gas helium will cool the more nearly 2500 superconducting magnets used to accelerate the particles. Inside LHC ring, which straddles the border of France and Switzerland 100 metres underground, particles will be accelerated to very high speeds and then made to collide in order to gain new insights in the field of particle physics.

Coldest place in the Universe

The superconducting magnets have been specially developed for the LHC. The operating temperature of the magnets is achieved with liquid helium; at minus 271.3 degrees Celsius, it is closer to absolute zero than the temperature in outer space – making the LHC the coldest place in the universe. The scientists at CERN will also use the helium from Messer to cool down the large spectrometer magnets for the particle physics experiments.

In 2007, Messer signed a long-term supply contract for liquid helium with the Russian company Cryor. This gives the owner-managed industrial gas specialist direct access to one of the most reliable helium sources in the world. Messer transports the helium from Orenburg to its European filling plants in its own vacuum-insulated tank containers with a capacity of 40,000 litres. The Messer Group’s Austrian site in Gumpoldskirchen near Vienna is home to Europe’s largest helium tank farm with a capacity of 113,000 litres. This means that Messer can take back and store liquid helium during maintenance work on the LHC.If you are interested to have further detailed and official figures on LHC project you can find them on:
The official published LHC Machine Outreach Web page