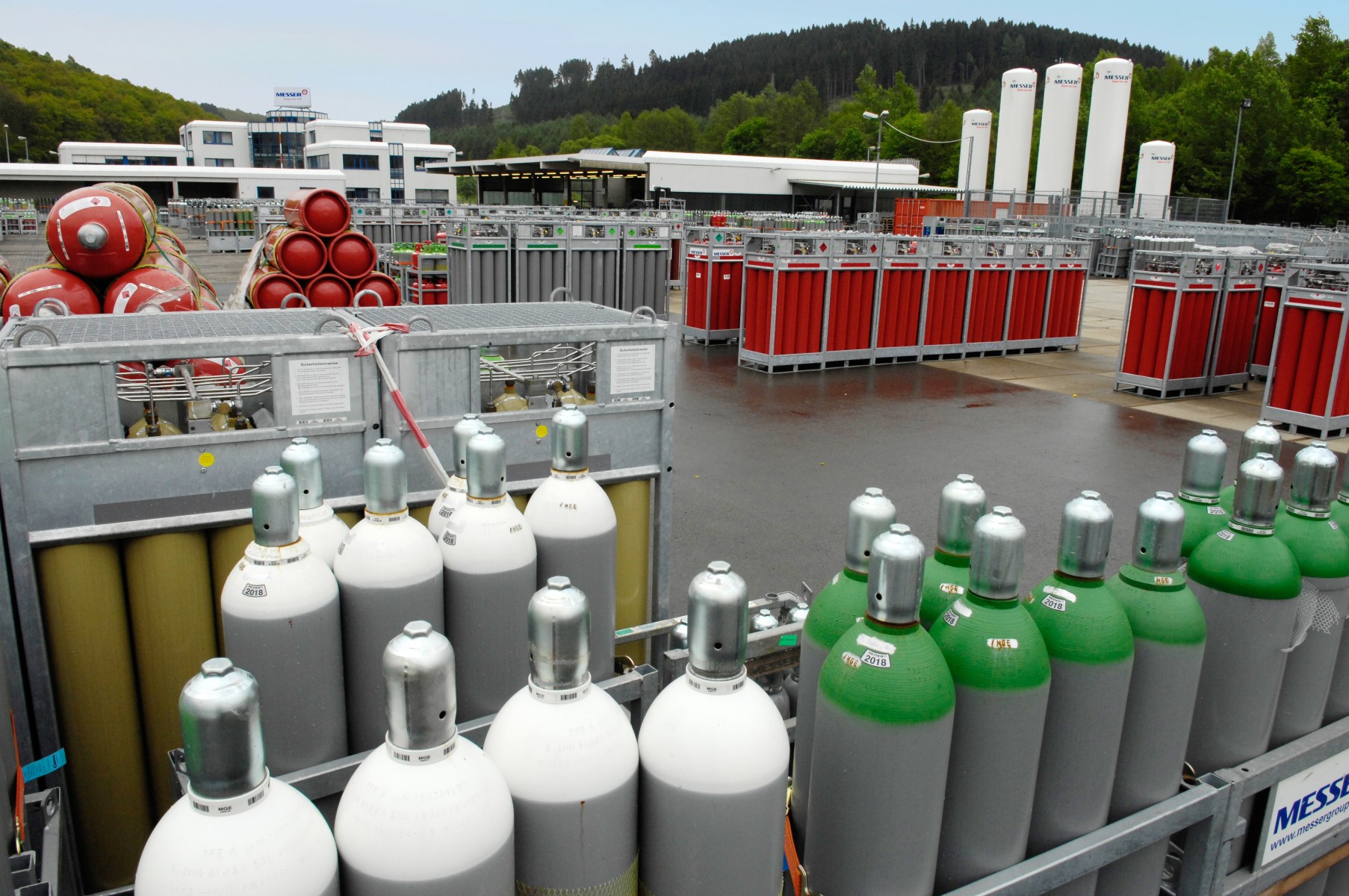 On 1 July 2013, Messer Industriegase, a subsidiary of owner-managed company Messer Group, based near Frankfurt, acquired the former Messer Griesheim factory premises in Siegen-Kaan Marienborn. This demonstrates the industrial gases specialist’s commitment to the South Westphalia region. The site had been under the ownership of Salzgitter Mannesmann Line Pipe GmbH since 2003.

The acquisition of the factory premises in Siegen-Kaan Marienborn is an expression of commitment to South Westphalia as a location, which is home to a large number of successful and traditional family enterprises. “At the same time, this step is one that Messer has to take in order to ensure planning security for further expansion of the site,” says Peter Schulte, Sales Manager at Messer Industriegase.

With brief interruptions, Messer has now had a presence in Siegen for over 100 years. The expansion of the former industrial gases filling plant in Siegen-Weidenau reached its limits at the end of the 1980s. That is why, in 1991, a new and modern filling plant for industrial gases like oxygen and nitrogen was built on an area of over 20,000 square metres in the then newly emerging In der Steinwiese industrial area in Siegen-Kaan Marienborn. The gases are used in many industries, including for welding and cutting as well as in food technology.

Messer was founded in Frankfurt am Main back in 1898. In 1965, the family company merged with Frankfurt-based chemical giant Hoechst AG and traded under the name Messer Griesheim as part of the Group until 2001. After a three-year restructuring phase, the founder’s grandson, Stefan Messer, successfully reacquired and reprivatised the entire Messer company. In order to finance this, Stefan Messer had to, among other things, sell Messer Griesheim, the German part of the company, in 2004. This entailed a three-year non-competition clause and a further one-year ban on using the brand. Since 2008, Messer has once again been selling gases for industry, research, science and medicine in Germany.

This expansion of the business required a major investment programme: the main part of the investment consisted in the construction of two modern air separation units on the factory premises of Deutsche Edelstahlwerke in Siegen-Geisweid and Salzgitter Flachstahl in Salzgitter, which were put into operation in 2009 and 2010 respectively. Messer Industriegase, with a staff of 95, generated sales of 50 million euros in 2012 and is on course for further growth.