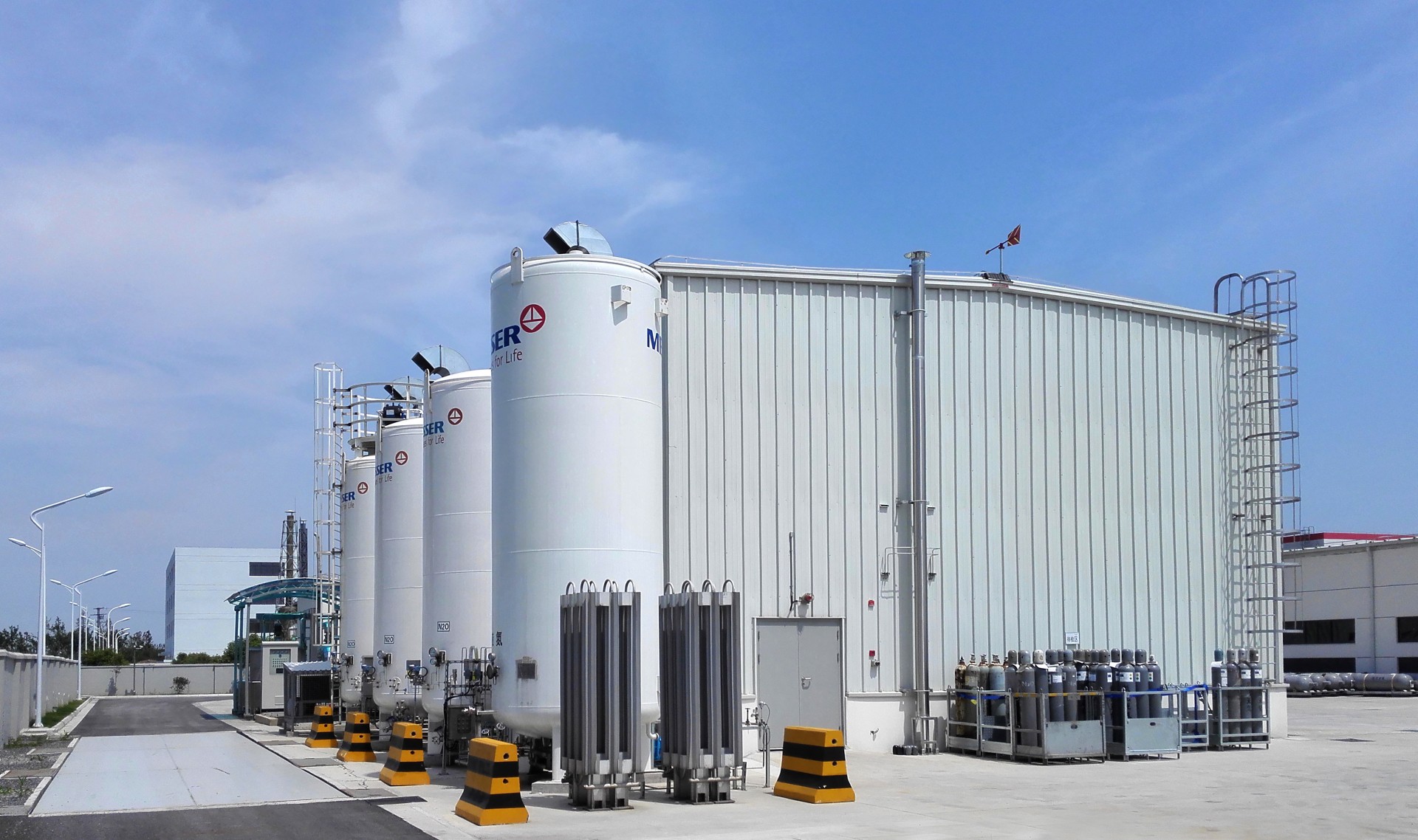 Press release_08/25/2015_Messer Group
The new specialty gases plant in eastern Chinese city of Suzhou will in future serve as a production and logistics centre for Messer in China.

Messer, the world’s largest owner-managed industrial gases specialist, now also produces specialty gases in the eastern Chinese city of Suzhou, in Jiangsu province. From there, Messer will supply companies in the electronics industry, in particular manufacturers of flat screens, semiconductors, LEDs and photovoltaic equipment. With a total investment of 33 million euros, the new plant will in future serve as a production and logistics centre for Messer in China. Gases such as nitrogen or oxygen and special high-purity gas mixtures for the electronics industry are always produced where they are needed. Messer has production facilities in 30 countries in Europe and Asia.

The new specialty gases plant is equipped with state-of-the-art production and purification systems as well as an additional filling station. The facility has an annual production capacity of 600 tonnes of nitrous oxide (N2O) with a purity of 99.9995 per cent along with other high-purity gases for electronic applications, such as silane (SiH4), ammonia (NH3) and hydrogen, as well as various gas mixtures.

“This investment in a new production site underlines our commitment to Messer’s growth strategy. With this decision, we are also taking advantage of our development opportunities and reacting flexibly to the changes in our customers’ demand for gases,” says Werner Hickel, Managing Director of Messer in China.

Messer had already set up an own specialty gases plant in Wujiang, near Suzhou, back in 1998. The new facility is an important milestone and strengthens Messer’s position as a leading specialty gases supplier in the Chinese market. Above all, however, the investment will allow the company to meet increased customer demand.