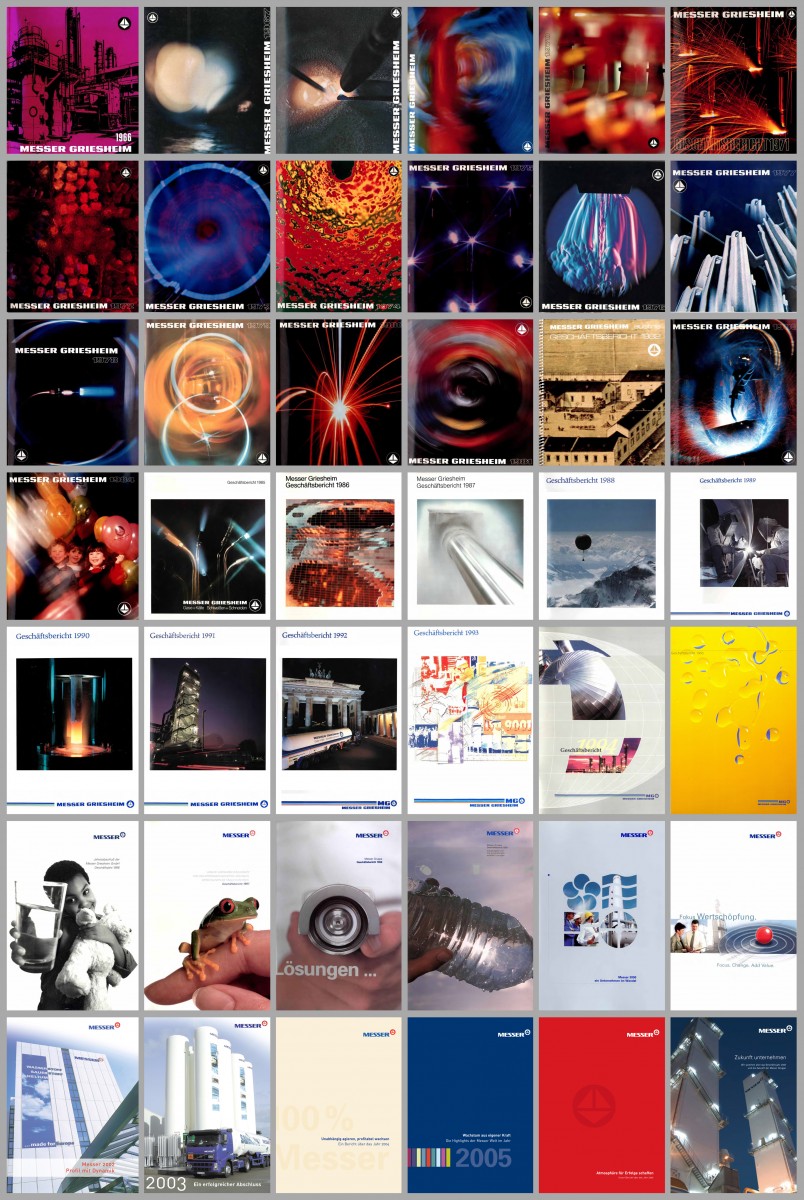 Press release_04/29/2009_Economic history
Messer has now posted its complete Company Reports for the past 44 years on its Internet website.

The Frankfurt industrial gases specialist Messer has now posted its complete Company Reports for the past 44 years on its Internet website www.messergroup.com. For each year, historian and author Jörg Leszenski has written German informative sketches of the industrial setting which provide a unique and independent view of the company's history, not just for economic historians. Since 2004, Messer has once more been owner-managed, with Stefan Messer as Chairman of the Board. From 1965 to 2001, Messer, at that time a subsidiary of Hoechst AG, operated under the name Messer Griesheim.

It is only against the background of the overall economic conditions that the special features of Messer's history become clear. Thus, the texts, read in parallel with one another, offer engrossing insights into the strategies adopted by the company to take advantage of its market opportunities since the end of the 1960s in an ever-faster changing world economy, but also into the rash expansion strategies which drove Messer to the brink of ruin in the 1990s. It also reveals the firm wish and attempts by parts of the founder family, finally successful in 2004, to return the whole group into family hands and to run it as an owner-managed enterprise in a globalised economy.

The history of the family firm, now 111 years old, has, right from the start, been closely intertwined with the overall economic development of its core markets and the sector-specific economic cycles in the chemicals and mechanical engineering industries. The Company Reports archived from 1966 to today and the reports on the economic setting reflect, firstly, the economic cycles, as well as the growing global interdependence of national economies and also the rise of new boom regions which, in the last third of the 20th century, increasingly challenged the development of Messer Griesheim GmbH after its formation in 1965 and which still have a significant influence on the development of the Messer Group today.

For the management of the Messer Group GmbH, learning from the past means, in particular, preservation of the family firm corporate culture in the future, continued financial independence and the further development of the Group with the help of strategies oriented towards the long term.