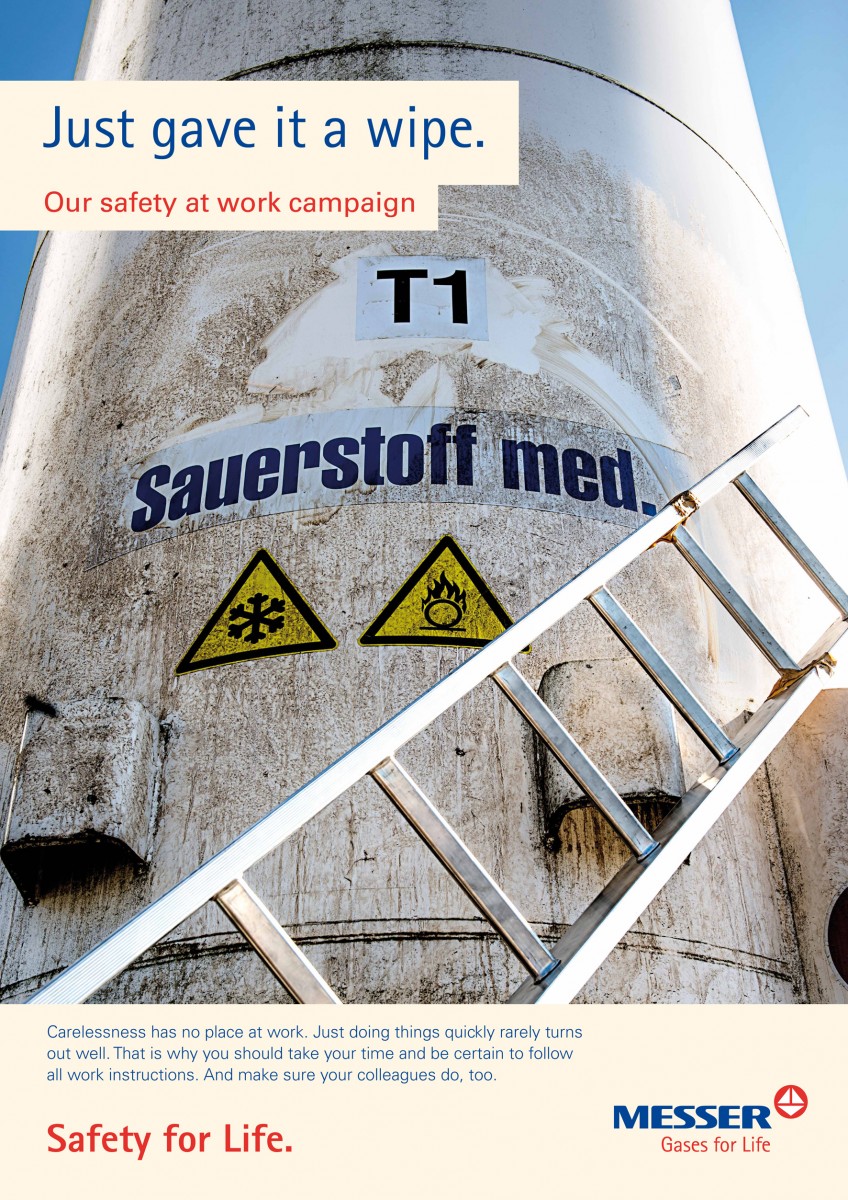 Press release_04/28/2015_Safety campaign 2015 - wipe
The poster images of Messer were photographed in various areas of operation and depict accident situations that are intended to encourage identification on the part of the viewer.

Industrial gases specialist Messer is using the World Day for Safety and Health at Work on 28 April 2015 as an opportunity to publish the positive results of its company-wide safety at work campaign. At the end of 2013, owner and CEO Stefan Messer and CFO Hans-Gerd Wienands initiated an internal campaign aimed at improving safety at work, including an annual worldwide day of action. Now the gases manufacturer is taking stock: the number of industrial accidents with lost days was reduced from 36 in 2013 to 18 in 2014. The number of reportable accidents was also reduced, from 63 in 2013 to 36 in 2014. The frequency of accidents, measured by the number of work-related accidents with lost days per million working hours, went down from 3.6 in the previous year to 1.7. The accident severity rate – the number of days absent per million working hours– also dropped from 65.0 to 47.6. In 2014, the Messer Group’s frequency rate of reportable industrial accidents per million working hours was 3.5 compared with 6.3 in 2013.

Messer puts this positive result down to various measures such as safety inspections, tailor-made training programmes, risk analyses and reciprocal safety audits carried out by the locations. The accompanying communication campaign gave employees the chance to put their suggestions for improvement to the management.

“The main focus of the 2014 safety campaign was the prevention of industrial accidents caused by violation of safety guidelines, negligence or carelessness. Many accidents are a result of experience, as strange as that may sound,” says Stefan Messer.