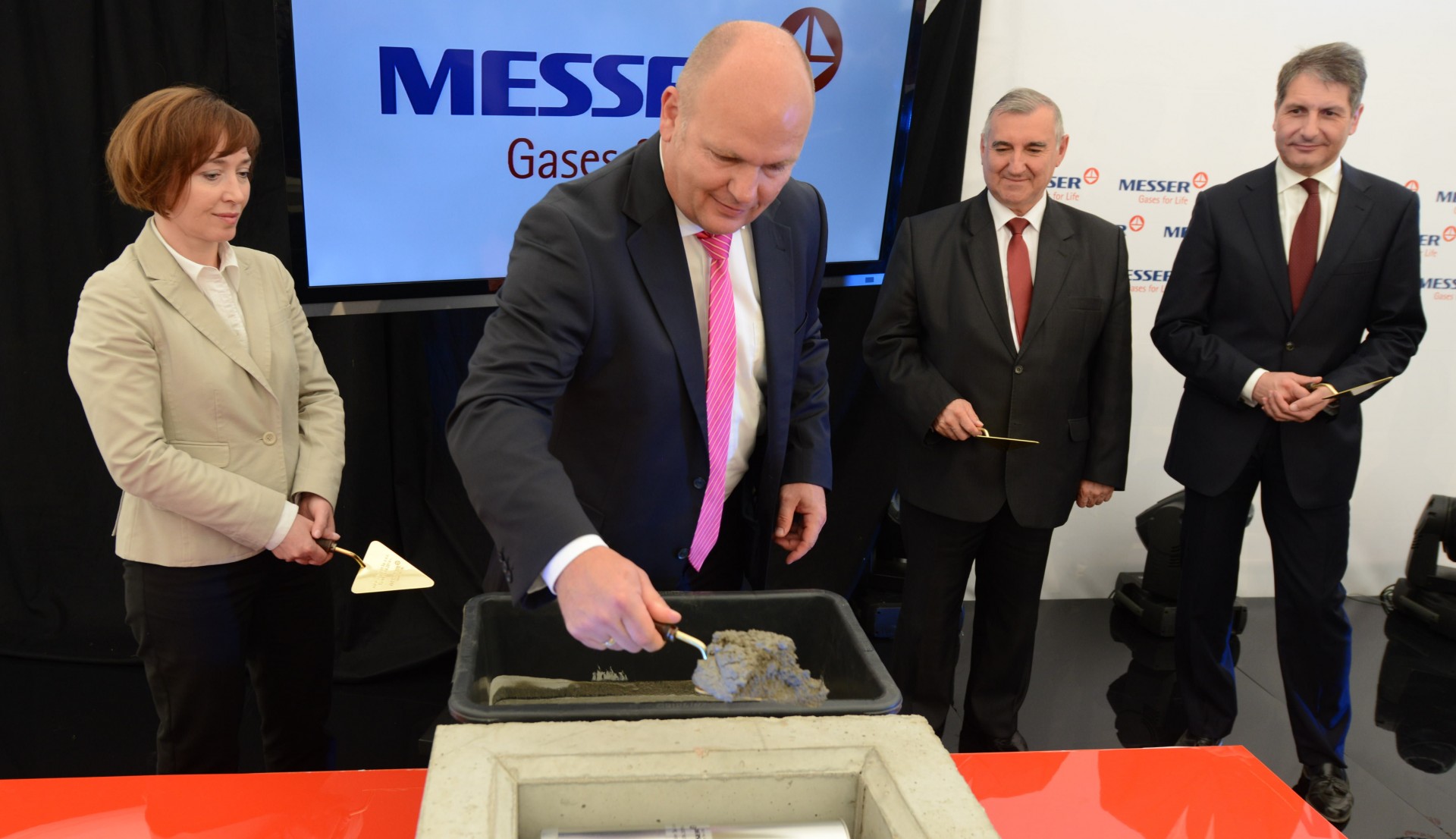 Messer, the largest privately managed industrial gases specialist, is investing 30 million euros in Poland to build a new production plant for air gases such as oxygen, nitrogen and argon, plus another three million euros in the construction of a filling plant for technical gases in cylinders. After the two-year construction phase, the air separation unit in the special economic zone Łódź in Turek is scheduled to begin operations at the start of the third quarter of 2015. The filling plant is due to be commissioned one year later, in the third quarter of 2016.

The new air separation unit will produce 400 tons of liquid oxygen and nitrogen per day, which corresponds to the capacity of 20 tankers. The new production location will enable Messer to produce gases of the highest purity, for example for use in the medical, pharmaceutical and research sectors, and will also satisfy the stringent statutory requirements for manufacturing of food gases. With this investment, Messer also creates around 25 new jobs – 15 of these for operating the air separation unit and ten in the filling plant.

Compared with other central European countries, the Polish gas market has recorded consistently high growth rates in recent years.Dirk Fünfhausen, Managing Director of Messer in Poland, explains the goals of the investment as follows: “With this investment in central Poland, we wish to share in the intense economic growth in Poland and further increase Messer’s market share.” A further goal is to enhance the delivery reliability for customers in central and northern Poland and to optimise the logistics costs.The investment is the result of a consistent development strategy and is the second plant of this type after the air separation unit in Rybnik.