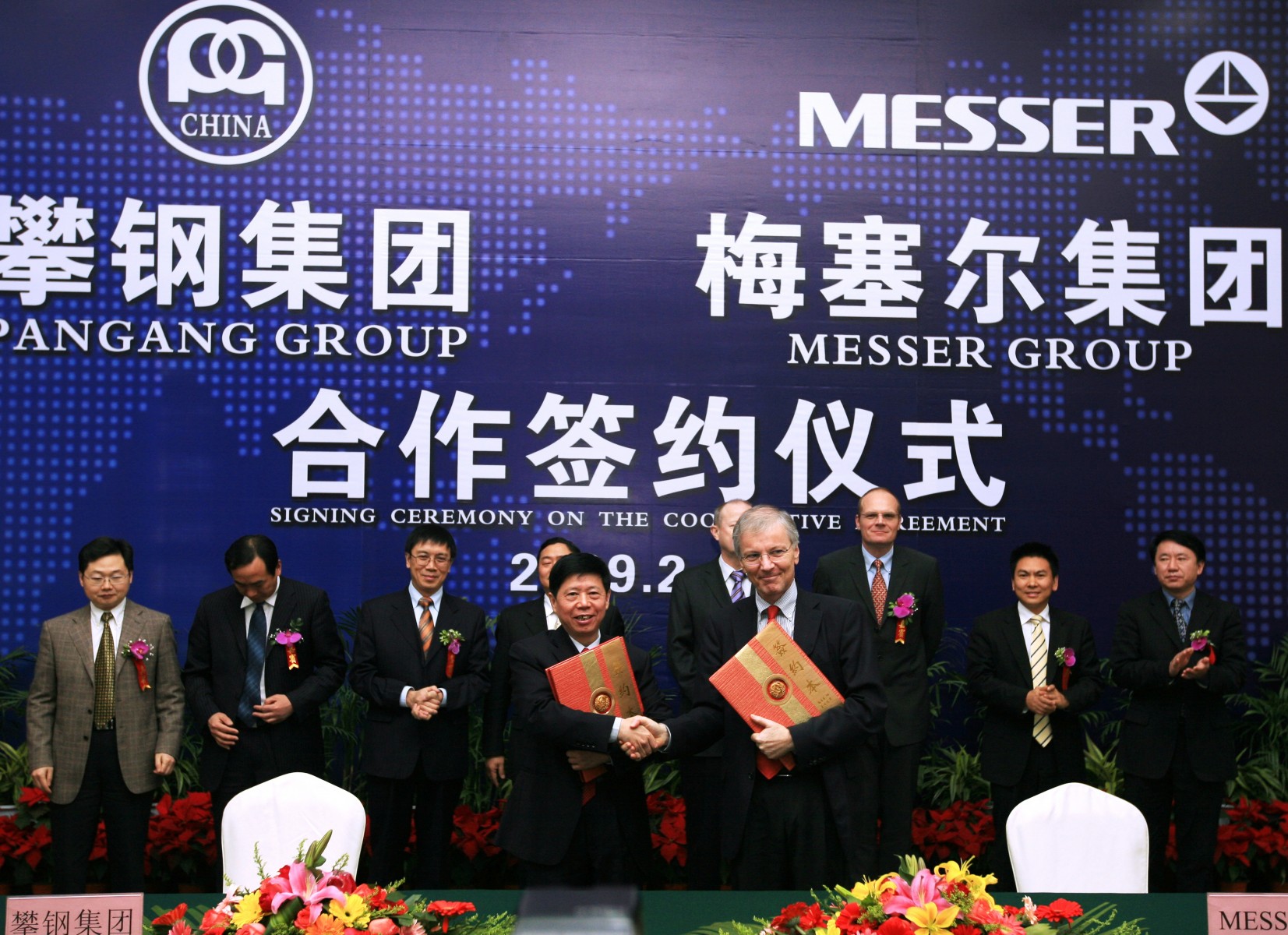 Frankfurt am Main based company Messer, the world's largest privately managed industrial gas specialist, has entered into a cooperation agreement with the Chinese steel manufacturer Panzhihua Iron & Steel, part of the Pangang Group, for the construction of three production facilities for industrial gases and the acquisition of existing gas generating plants in the Chinese province of Sichuan. The joint venture is investing a combined amount of over 100 million euros. Messer holds a 60 percent stake in the company, which employs 500 people in Sichuan. The production plants for oxygen, nitrogen and argon, known as air separation units, supply gases for the steelworks belonging to the Panzhihua Group, the largest manufacturer of steel for track construction. The cooperation agreement has a duration of 30 years. Through this agreement, Messer is confirming its long-term commitment to the Chinese industrial gases market.

Panzhihua Iron & Steel is the most important steel producer in Western China and is the largest Chinese manufacturer of vanadium, which is used in steel manufacturing to improve quality. This represents the second joint venture between Messer and the Pangang Group: a cooperation with its subsidiary Chengdu Iron & Steel in Chengdu has already been in place for ten years. Chengdu is the capital of the Sichuan province in central China and one of the economic centres in the west of the country.