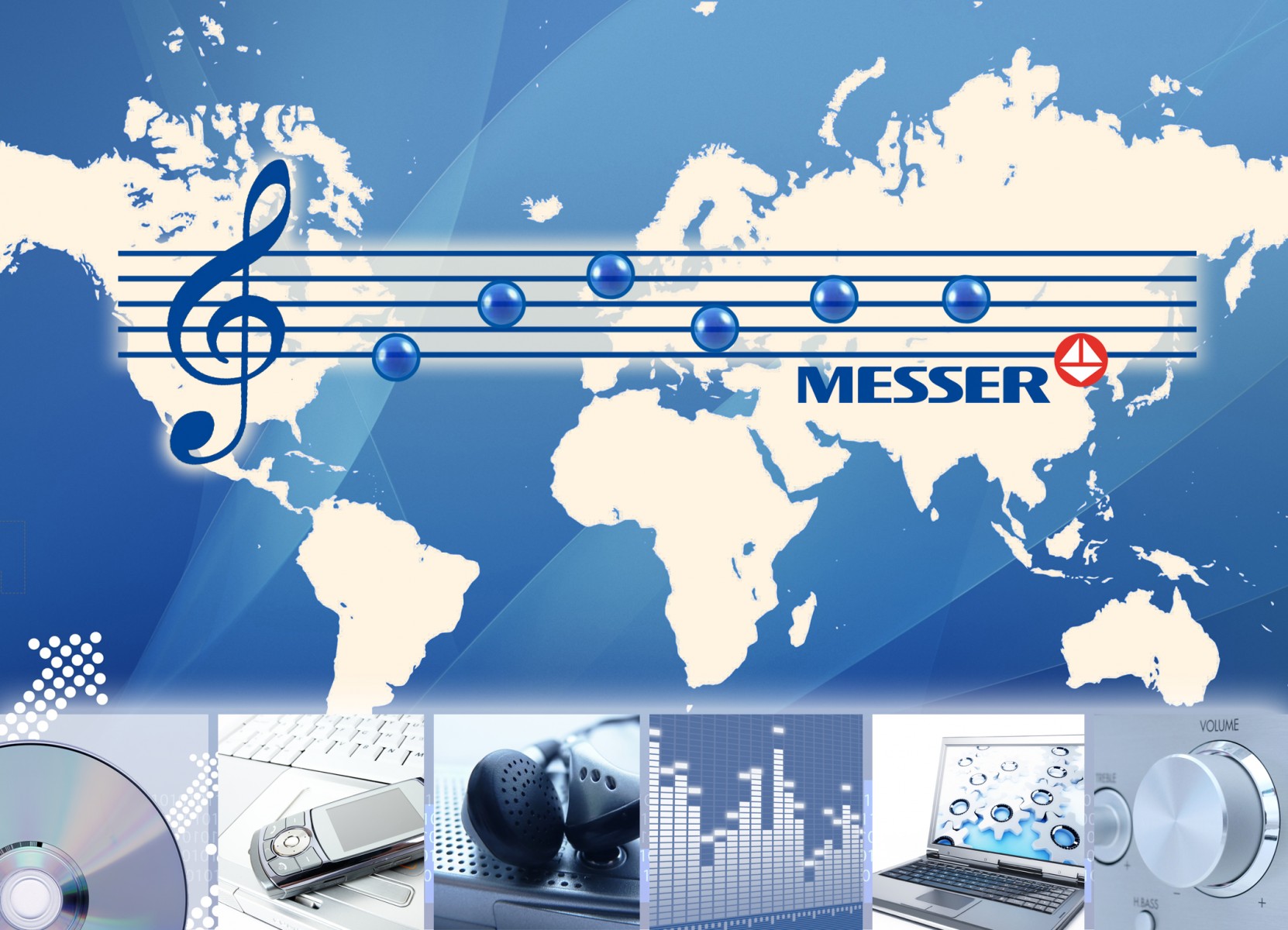 Press release_12/11/2008_Klangmarke_300dpi
Messer is the first company in this sector to introduce an audio logo to support its brand management.

Messer Group sets the tone with a new audio logo

In the 110th year of its existence, Messer Group, the largest privately managed manufacturer of industrial gases such as oxygen, nitrogen and carbon dioxide, is the first company in this sector to introduce an audio logo to support its brand management. Based on various communication channels – such as employee mobile phones, image films, telecommunications and the company’s web presence – an audio logo has been developed to give the Messer Group an audio representation that matches its corporate identity. The audio logo is now gradually being introduced into the relevant media of the Messer Group companies at locations in over 30 countries – it can already be heard on the messergroup.com website. In order to make the audio logo and the overarching audio concept available across different countries and media, Messer is developing an online-based audio style guide on its own Intranet, where audio content can be downloaded in a suitable format for any communication medium.“We thought it essential to develop an audio concept as a matter of priority, particularly in view of the rapid audio-visualisation of the online sphere“, says Diana Buss, Communications Vice President at Messer. “The audio logo now forms the basis for the entire corporate audio concept for all current and future audio and audio-visual applications in marketing and communications.” The basic elements of the audio logo facilitate easy development of a wide range of “variations” for musical and acoustic content – from on-hold music for telephone systems through to background music for image films. The development of a transnational and cross-media audio concept offers the advantage of being able to carry out international marketing activities – featuring both visual and auditory elements – in a coordinated, uniform and cost-effective way.

The development of the audio logo was required to take account of the gases as products, the company with its values and its technical and traditional aspects, as well as compatibility with the existing word and figurative mark. At the same time, the audio logo was supposed to have long-term suitability in terms of further developments in the area of communications.Messer’s corporate identity combines the tradition and history of a family-run business, strong customer relationships and close teamwork, as well as a high degree of creative thinking, technical innovation, internationality and constant adaptability in an extremely competitive market environment. Messer bases its philosophy on the following underlying values: vision, trust, internationality, responsibility, courage, excellence and history. Messer’s product world is the world of gases. The international markets are growing at a breathtaking pace and new technologies constantly call for new processes for gas applications in every sector of industry. As a medium-sized family-run business competing against listed companies, Messer’s market strength lies in its willingness to embrace continuous development, its independent security of supply and the way in which it conducts its business on the basis of tradition and trust. Strong customer relationships are just as important to Messer in this regard as a close bond with its employees.The audio logo consists of three elements – the sound of a gas diffusing from a gas cylinder, a 6+1 tone melody, tying in with the figurative mark which consists of the word ‘Messer’ and a family symbol, followed by human exhalation at the end. The six notes of the melody establish the link to the six values of Messer while at the same time allowing an audio-visualisation of the six letters of the company name. The melody culminates in a bell sound, which is an audio-visual representation of the symbol in the trademark while at the same time having the clear quality of a signal. The rhythm chosen is in the mid-tempo range, thereby conveying sustainability and the willingness to combine tradition and history with modernity, without growing too quickly or missing out on market developments in the process.