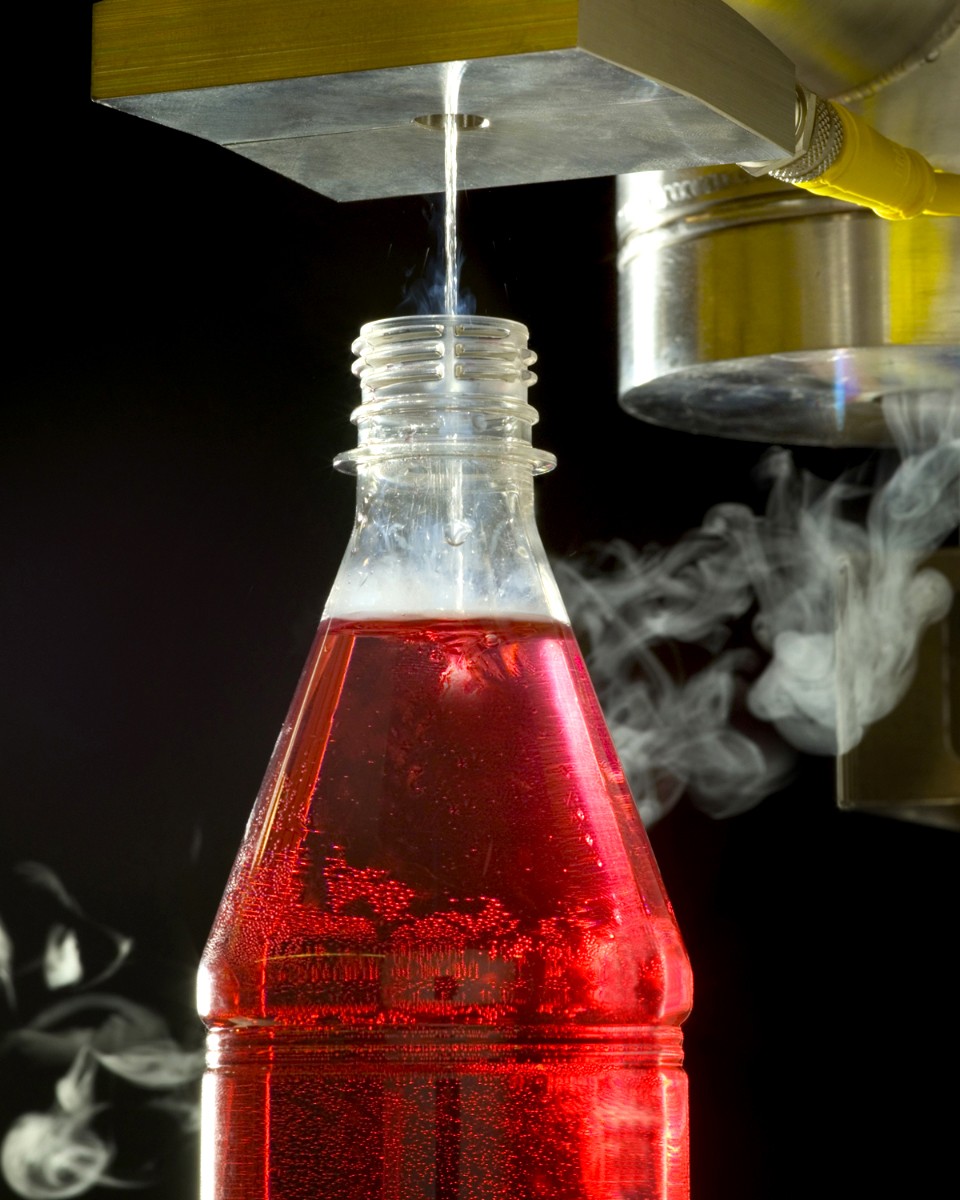 Press release_04/06/2018_Ausbau CO2-Geschaeft
The special properties of carbon dioxide, such as its inertness and its high solubility in water, make CO2 a versatile product with a range of uses, including, for example, in carbonated drinks.

In 2017, the largest privately-run industrial gases specialist focused on expanding its CO2 business, among other things. Messer invested a total of 2.85 million euros in two new production facilities in Bulgaria and Bosnia-Herzegovina. Both of them have now gone into operation.

In the Bulgarian village of Katunitsa, Messer has commissioned a plant with a capacity of almost one tonne per hour. The industrial gases manufacturer obtains the CO2 from the waste air generated by an ethanol production in order to then recycle it. Many industrial processes give off CO2. Recovery plants withdraw the gas before it escapes, thereafter cleaning it in several stages to make it ready for reuse. Katunitsa is located in the centre of Bulgaria; this investment of 350,000 euros has optimised Messer’s logistics in Bulgaria, thereby enabling it to lower transport costs and provide customers with quicker deliveries.

Messer has also invested in the expansion of its CO2 business in Bosnia-Herzegovina: a new plant in Sočkovac will increase the existing capacity of 0.85 tonnes of carbon dioxide per hour by two tonnes per hour. The investment – exceeding 2.5 million euros – will allow CO2 to be exported to neighbouring countries. Production and storage as well as the transportation system meet the food industry’s high standards and are certified in accordance with HACCP (Hazard Analysis and Critical Control Points) and FSSC 22000 (Food Safety System Certification).