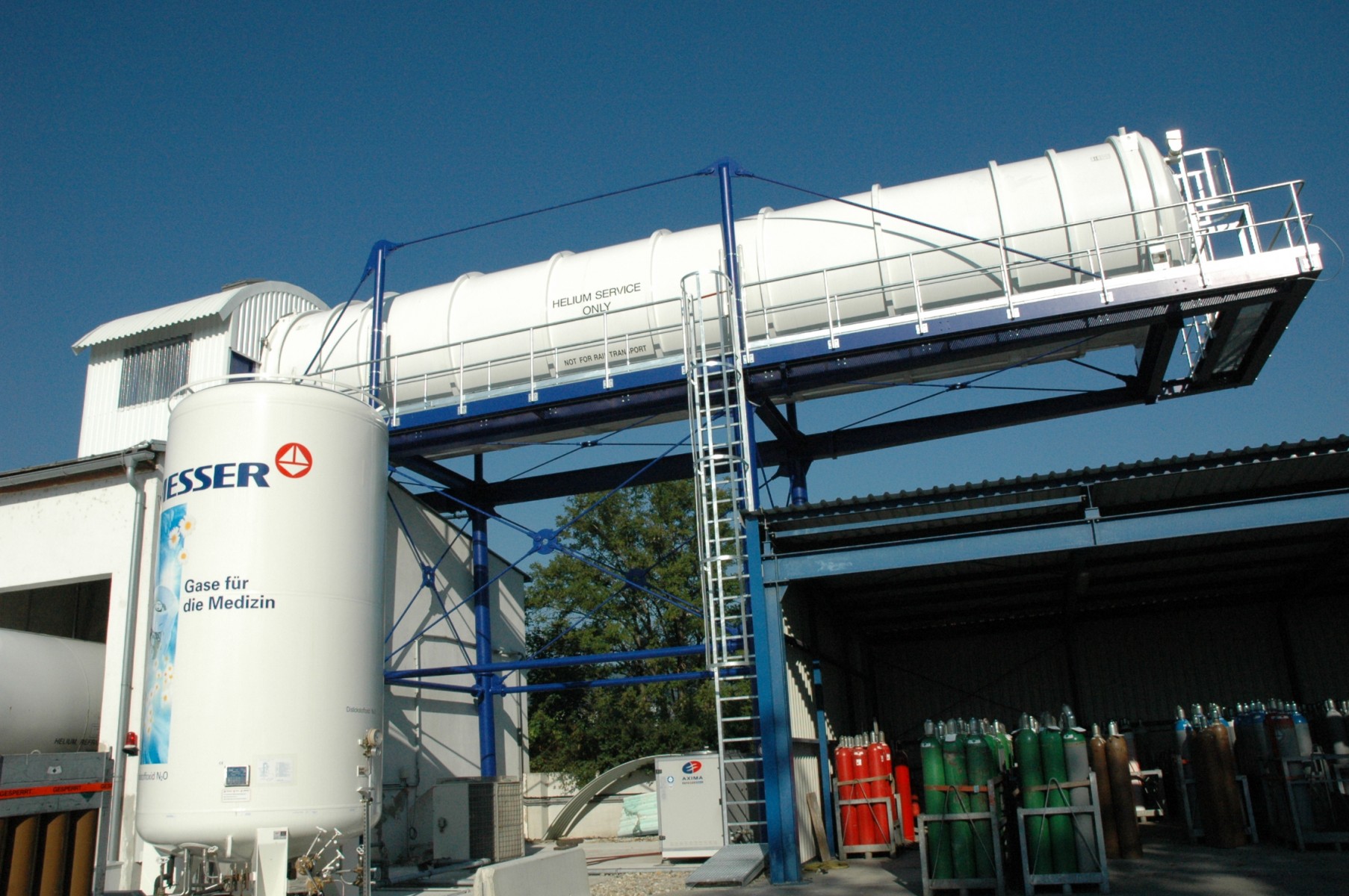 Press release_12/09/2008_helium_300
In the coming year, Messer will be delivering helium to Siemens Healthcare in Erlangen, Germany, for use in the production of magnetic resonance imaging equipment.

In the coming year, Messer will be delivering helium to Siemens Healthcare in Erlangen, Germany, for use in the production of magnetic resonance imaging equipment. Siemens is one of the leading producers of magnetic resonance imaging equipment worldwide for medical diagnostic use in hospitals and doctors’ practices. This equipment permits patient tomography without the need for x-rays or gamma radiation. The liquid helium is required to cool the superconducting magnets in the tomography equipment, thereby maintaining the powerful magnetic field that imaging requires.

Messer, a specialist in industrial gases, will deliver the helium from its location in Austria. In Gumpoldskirchen, near Vienna, Messer operates the largest helium tank storage facility, with a capacity of 113,000 liters; from there, companies throughout Europe are supplied with helium, in both liquid and gas forms. Messer has a long-term supply contract with Cryor, a Russian company, and this provides Messer direct access to one of the most reliable sources of helium in the world. This certainty of supply is one of the main reasons that moved Siemens to enter into a cooperation agreement with Messer.

At a temperature of -269°C, liquid helium has the lowest boiling point of all of the gases, making it the coldest fluid known to man. This noble gas is used as a cooling medium wherever extremely low temperatures of less than -200°C must be achieved. Helium is used as a coolant for superconducting magnets in medical diagnostics, in cryogenics, as an inert gas in metal protective welding, in deep-sea breathing apparatus, in analytical chemistry, and as a filling gas for balloons and airships. Since helium accounts for a tiny share of the gases found in the atmosphere, it is uneconomical to derive it through air separation methods. There are a handful of places on earth, however, where it can be derived from natural gas rich in helium.