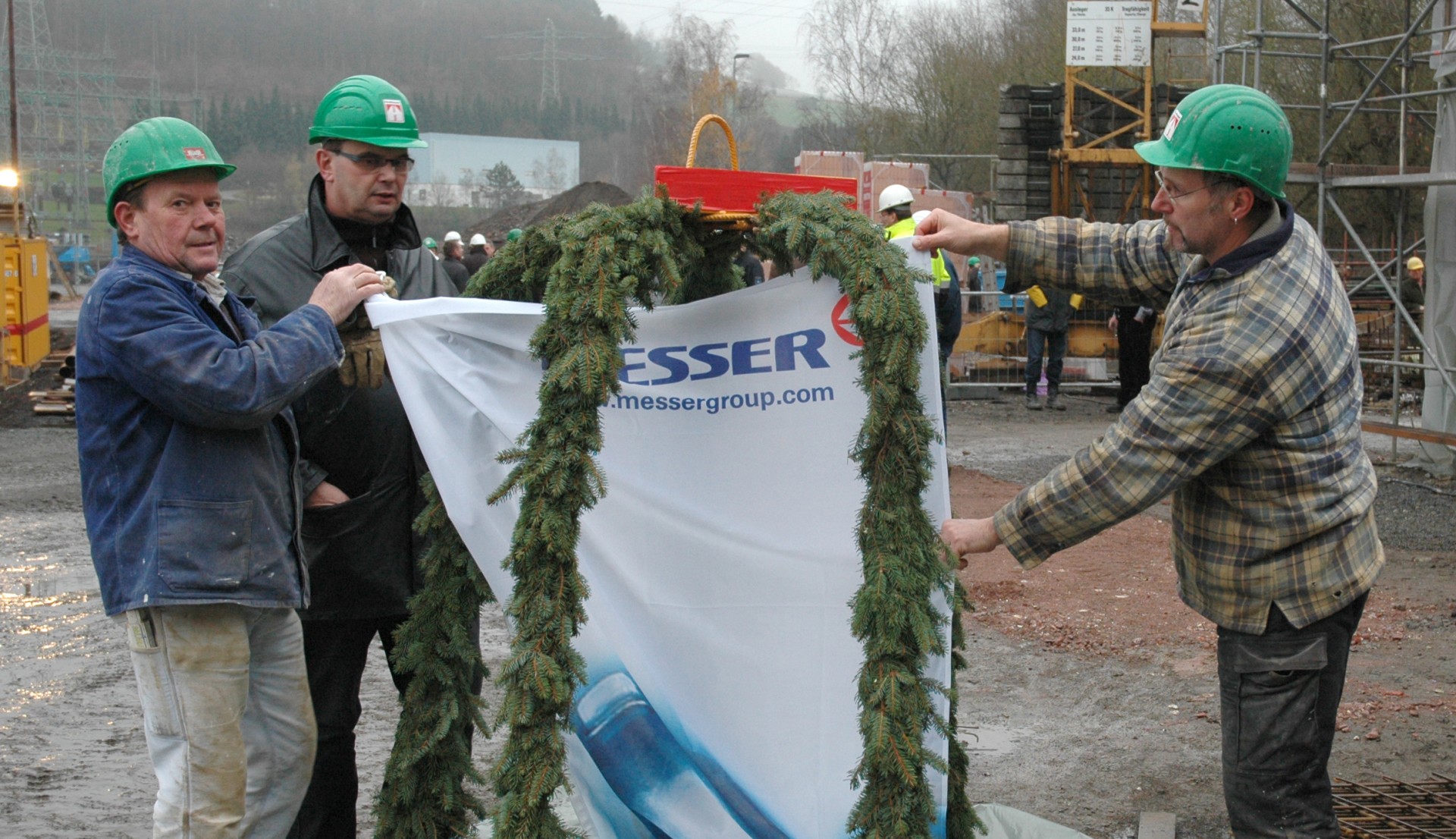 Press release_12/10/2008_Richtfest_bild
Messer will celebrate the topping-out ceremony for its new production facility for industrial gas at 3 p.m. on Wednesday, December 10.

Industrial gas specialist Messer is counting on an old tradition to bring it good luck: Messer will celebrate the topping-out ceremony for its new production facility for industrial gas at 3 p.m. on Wednesday, December 10. The facility is located in Siegen, Germany, on the premises of Deutsche Edelstahlwerke GmbH, a client of Messer. In keeping with an old German tradition, the foreman will raise a glass – in this case, a glass of non-alcoholic Champagne – to celebrate the completion of the basic architectural structure for the new control room, machine shed and pumping station. “Construction has been continuing apace, and we are well on schedule,” said Dirk Giesecke, head of the project for Messer. “We were also able to finish laying the foundations for all the machines and tanks before the onset of winter.”Three local companies are in charge of the construction effort: W. Hundhausen Construction Company and Otto Quast Construction are co-operating on the project, with Friedrich Müsse Construction Company as a sub-contractor. A total of about 20 employees are working at the Messer construction site full-time. They are currently installing approximately 200 meters of underground cooling pipes. Messer is confident the air separation unit will be capable of producing industrial gas in September 2009 as planned, and will begin supplying nitrogen and oxygen for Deutsche Edelstahlwerke in October 2009.