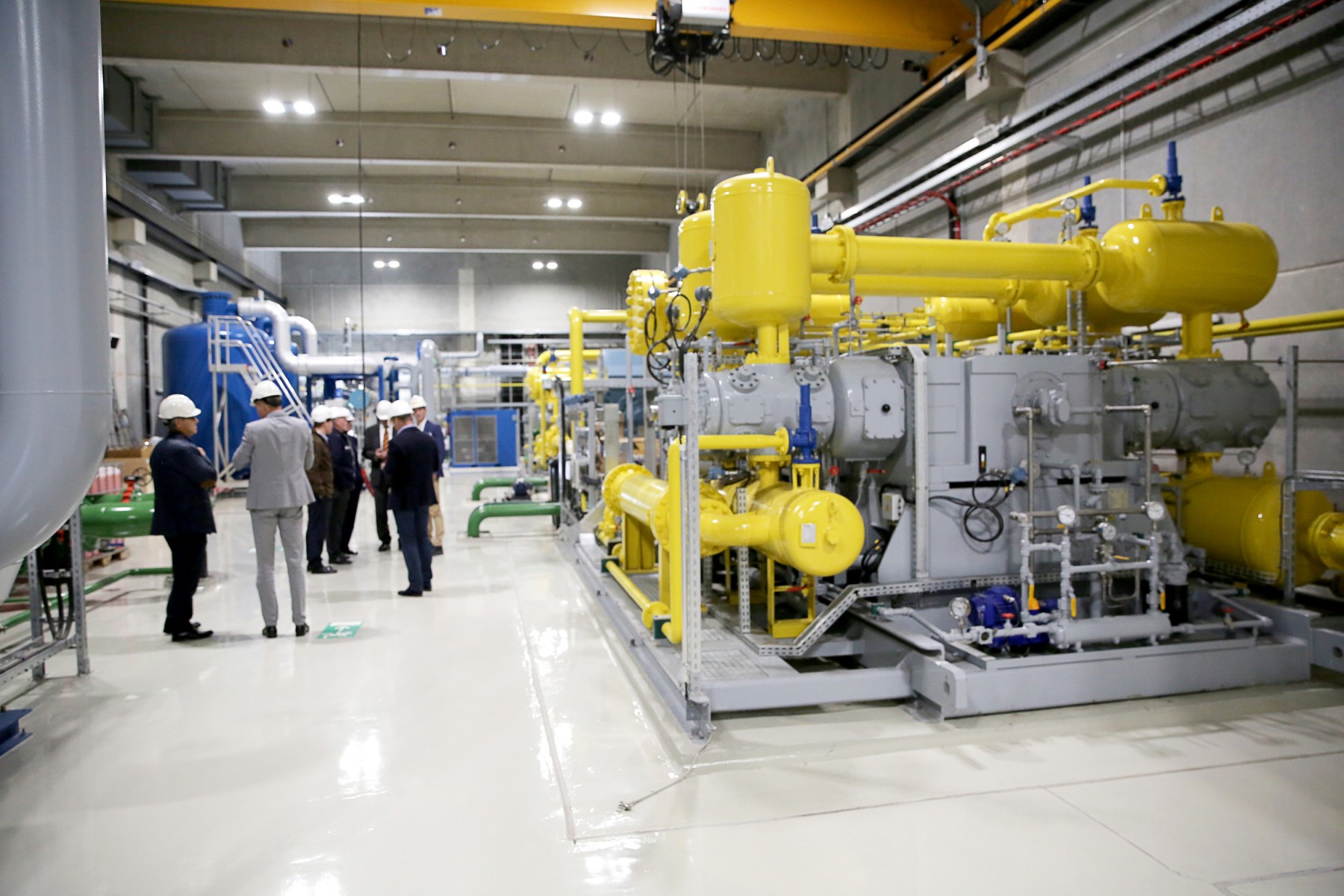 Press release_10/01/21_Messer 1
Representatives of Messer and the mayor of the entire municipality of Rehden visiting Nowega in Rehden: ceremonial takeover of an on-site plant from Messer for the production of nitrogen. Photo: Melanie Russ, Diepholzer Kreisblatt

On October 1st, the world’s largest family-run industrial gases specialist Messer took over operation of a nitrogen production facility at the Nowega site in Rehden. Nowega is one of the gas transmission system operators in Germany. The on-site facility allows continuous production of up to 13,000 normal cubic meters of nitrogen per hour at a discharge pressure of 70 bar. Nowega uses the nitrogen to ensure the supply of L-gas quality natural gas in its network area even in periods of peak demand.

This investment in a nitrogen production facility replaces up to 16 road tanker deliveries a day. With an average trip distance of 300 kilometers, this represents a daily reduction of up to 3.7 metric tons of CO2 emissions. In addition, it reduces the strain on the road network and cuts noise pollution. The partners have designed the on-site facility to minimize noise emissions from operation of the plant to a barely noticeable level for residents.

Up to a further 41.2 metric tons of CO2 emissions a day will be avoided thanks to the fact that the nitrogen does not require to be liquefied as part of the on-site production process. This means that Messer and Nowega will together contribute to protecting the environment by reducing climate-damaging emissions by up to 16,400 metric tons a year. The nitrogen production facility significantly increases Nowega’s security of supply of natural gas. During the winter months in particular, there is always the possibility of the transport of hazardous materials by road being banned due to black ice.

Münster-based Nowega and Messer have worked together as partners for a long time. In 2016, the two companies jointly implemented the construction of the conversion plant in Rehden, which has now had the nitrogen facility added to it.