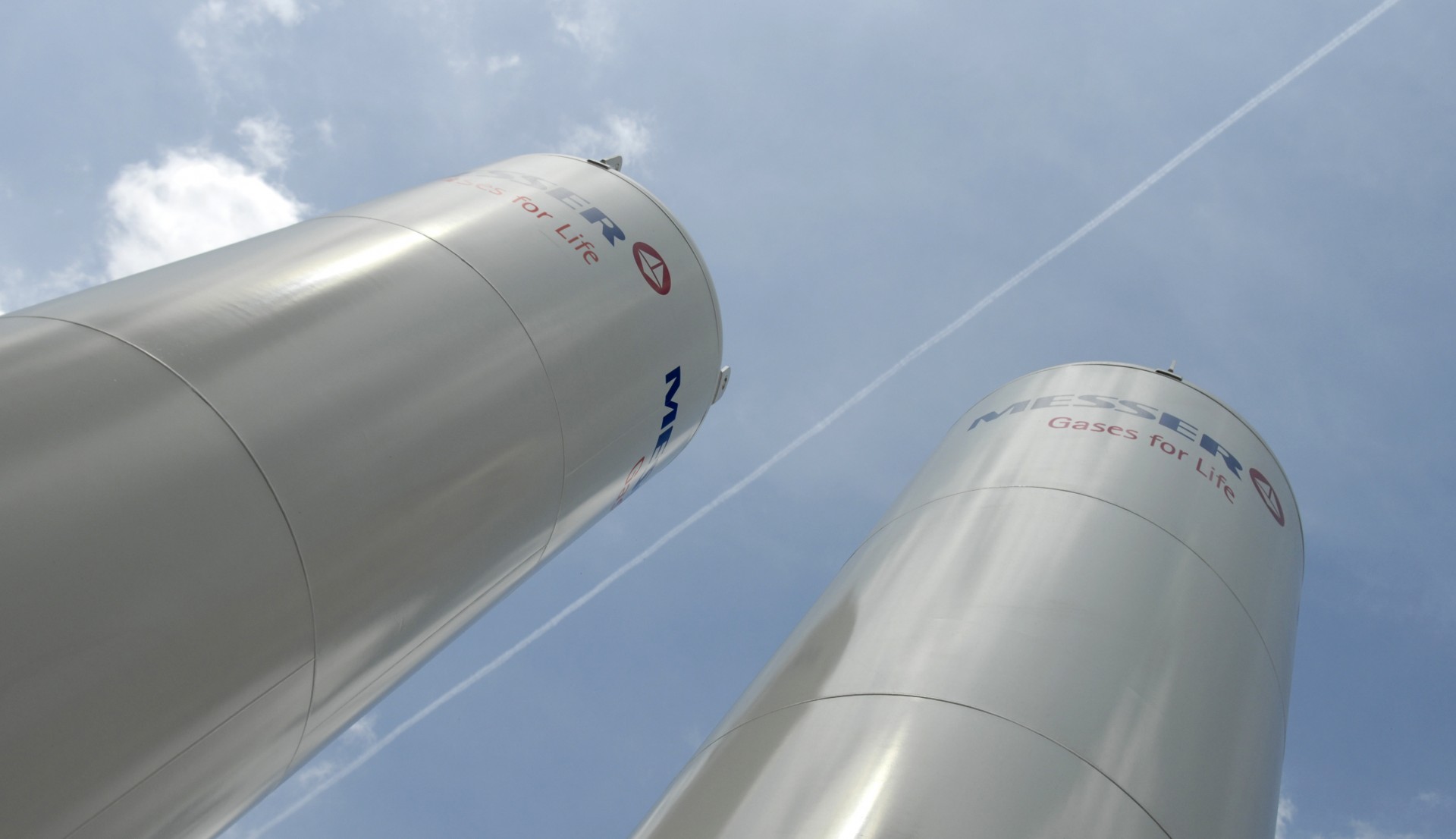 Press release_05/19/2015_Messer Group_bild
Industrial gases are needed in medicine, pharmaceutics, welding and the food industry, as well as the manufacture of glass and steel. Medium-sized quantities are supplied in tankers, from which the tanks are filled directly.

Industrial gases specialist Messer has bought its 2000th cryogenic storage tank for liquid gases from its partner Chart Ferox a.s., a tank manufacturer in Děčin, Czech Republic. The two companies have been cooperating since 2006, during which time they have jointly developed a European tank standard. “Standardisation was a quantum leap for us at the time,” says Christoph Launer, responsible for Logistics, Gas Procurement and Filling at Messer. “This allows us to implement customer projects quickly in all European countries.” The prominent white tanks, measuring up to 14 metres in height and featuring the “Gases for Life” logo, are mostly installed on the sites of industrial customers of the family company Messer, where they can be filled by our gas tankers. The tanks are used as product storage tanks for liquid oxygen, nitrogen, argon or carbon dioxide. As a rule, they remain the property of Messer. “Sometimes they can also be seen in cities like Berlin or Düsseldorf, for instance when nitrogen is being used during subway construction in order to freeze the ground and keep it stable,” Christoph Launer explains.

Heavy packaging for industrial gases
Messer produces and supplies industrial gases in Europe and Asia. The areas in which they are needed include medicine, pharmaceutics, welding and the food industry, as well as the manufacture of glass and steel. Medium-sized quantities are supplied in tankers, from which the tanks are filled directly. Smaller requirements are covered with gases in cylinders. The “packaging” used for gases, such as tanks or cylinders, consists of heavily insulated steel, making it heavy and, as a rule, uneconomical to transport more than 150 kilometres. Gases are therefore mostly produced where they are needed: in industrial areas where are a large number of manufacturing companies. In the manufacture of many everyday products, gases are as important as water and electricity.