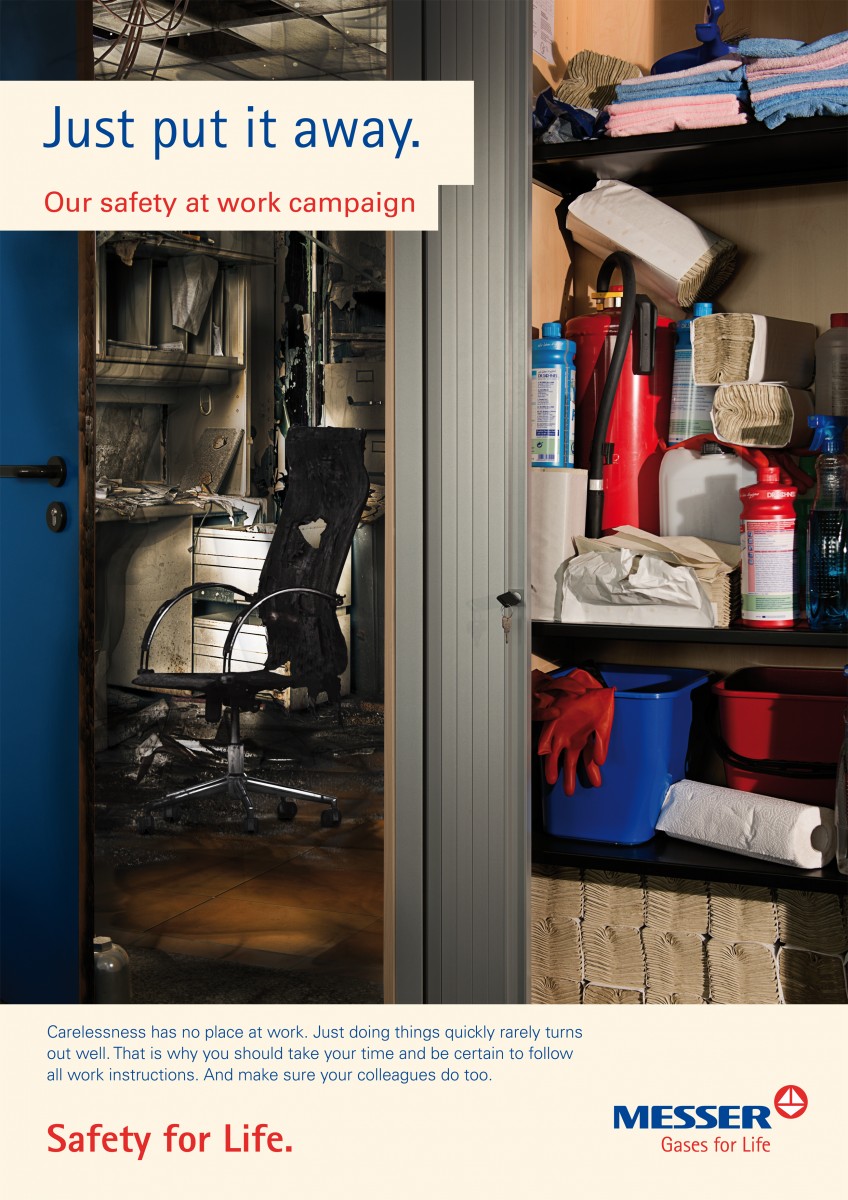 Press release_09/12/2014_Safety poster_office
For the Safety Day 2014 Messer drafts fife new safety poster, which shall advise the employees of possible accident situations in their day-to-day work. This is one of them.

The campaign is aimed at improving safety and raising awareness of hazardous situations in day-to-day work. A worldwide day of action is taking place on 12 September at all 120 Messer Group locations.

The main focus of the safety campaign is the prevention of industrial accidents that are referable to non-compliance with safety guidelines or to negligence and carelessness. “Many accidents are a result of experience, as strange as that may sound,” says Stefan Messer, owner and CEO of Messer Group. “Particularly processes that are part of your everyday routine are dealt with real quick.” The 5,000-plus employees in Europe, Asia and Peru will come together at their locations at the same local time to discuss this subject. Alongside an accompanying poster campaign for all office and production areas, a series of short films have also been produced, which have the feel of psychological thrillers and engage the imagination by creating a personal connection. The seeming familiarity of the situations is matched by their potentially fatal consequences: the fire extinguisher put away real quick in the cleaning cupboard points to the burned-out office. Or: the jumper improvised real quick on the electrical box results in death. The scenes in these films give you goose bumps not only because of the use of fake blood, but also because of the bloodcurdling soundtrack. Messer Group has therefore published the short films on the Internet via its YouTube channel.

The privately managed industrial gases specialist had already held an unusual action on last year’s Safety Day: under the motto “This was not planned”, the company organised a worldwide stoppage of several hours in order to draw the staff’s attention to the fact that accidents have a negative impact on personal as well as company plans.