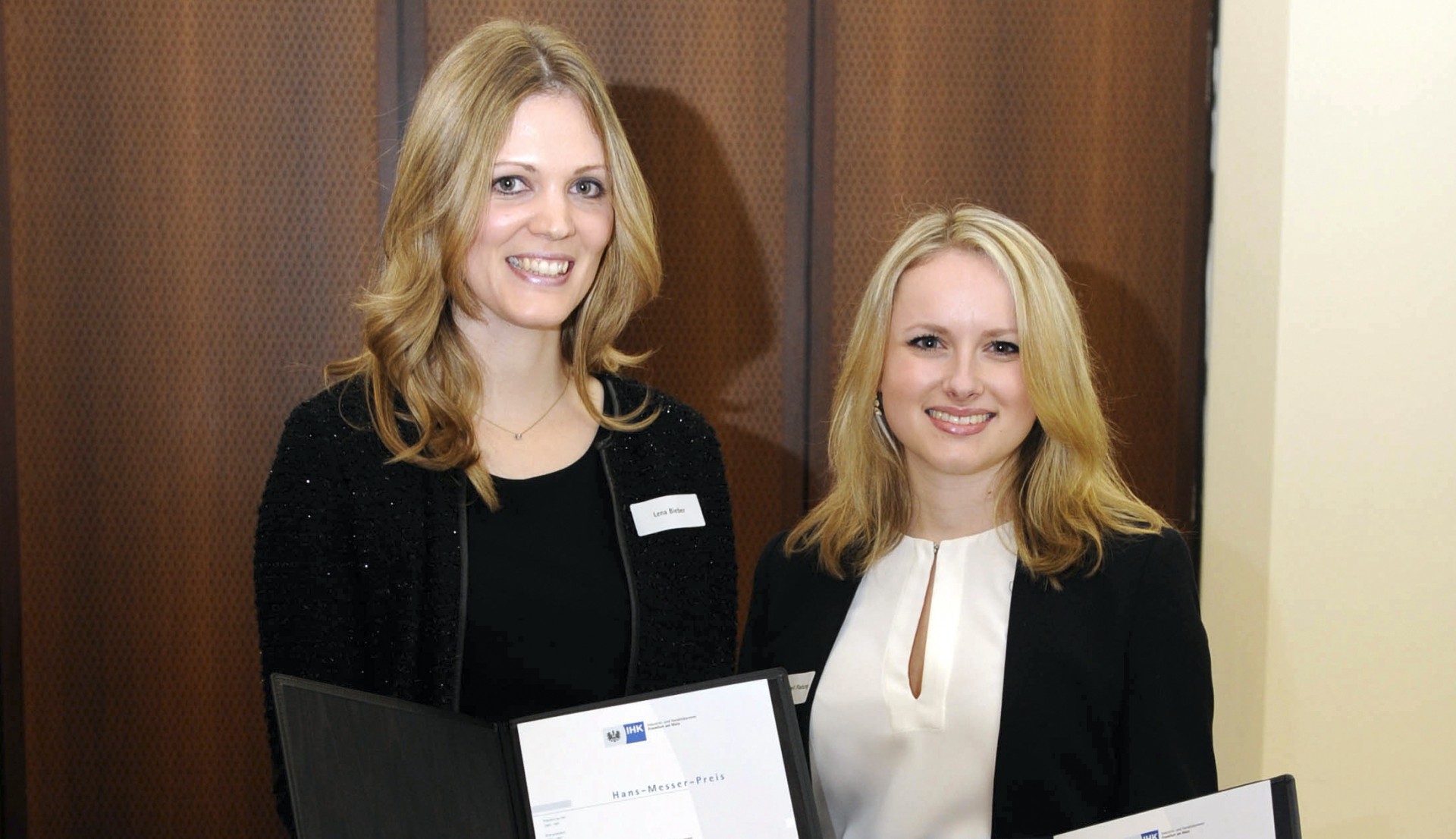 Press release_25/02/2015_IHK Hans-Messer-Lecture - Foto by Jochen Müller_bild
Lena Regina Bieber and Saskia Isabell Fladung have been honored by the Chamber of Commerce Frankfurt am Main with the Hans Messer Prize 2014.

The Chamber of Industry and Commerce of Frankfurt am Main (IHK) presented the Hans Messer Prize to two graduates of the Frankfurt University of Applied Sciences on 5 February. The award winners received this prize in recognition of their outstanding student research projects and exam results. The prize comes with 3,000 euros prize money for each winner and is awarded each year in honour of the long-serving IHK President Dr. Hans Messer whose father, Adolf Messer, founded the industrial gas company Messer in 1898. His son, Stefan Messer, took over the post of Chief Executive Officer in 2004.

“The IHK Frankfurt wishes to use the Hans Messer Prize not only to strengthen the good contacts and cooperation between the University of Applied Sciences and business,” emphasised Matthias Grässle, Managing Director of the IHK Frankfurt am Main, at the award ceremony. “By rewarding particularly practice-orientated work, we also want to show that science and business profit from each other. Science is not pure theory, but an innovation driver for companies.” The prize was presented to Lena Regina Bieber for her thesis entitled “Communication as a Key to Competitive Advantage in the Business-to-Business Industry an Analysis within the Cosmetic World of Merck.” Saskia Isabell Fladung received the award for her thesis on “The Freedom of Information Act between the Conflicting Interests of Capital Market Regulation and the Market Participants – Is the Requirement to Provide Information to BaFin too Far-Reaching?”