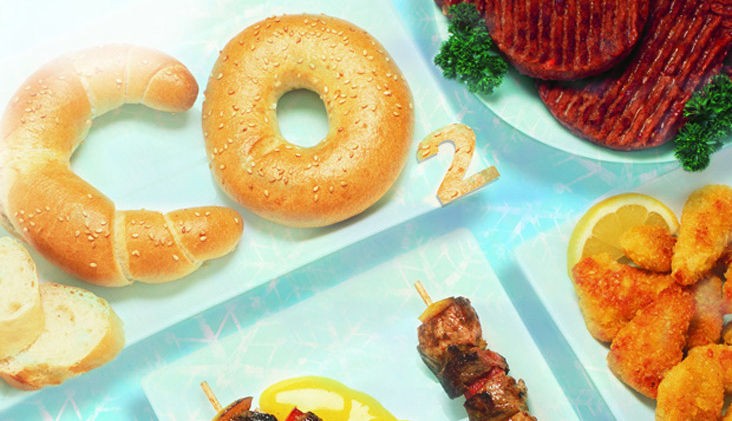 Gourmet gases, as they are now also known in Germany, the pure gases and gas mixtures from Messer for use in the food industry, are approved in the European Union for the production and distribution of foodstuffs. From 28 September to 1 October 2008, Messer is presenting itself as an international supplier of cryogenic gas applications for the food industry at Intercool 2008. At the Düsseldorf Trade Fair Centre in Hall 6, Stand H 57, the largest privately managed industrial gases specialist provides information on new and proven technologies for the packaging, cooling, freezing and transport of foods with the help of gases.

Food gases are used, for example, for the packaging of foodstuffs in a modified atmosphere instead of air. The so-called Variofresh technology has the advantage, among others, that the food stays fresh longer and its microbiological stability is improved, as the oxygen is removed from the protective atmosphere. Active consumer protection is also a reliable continuous cooling chain for the transport of perishable products, as assured by container cooling with dry ice, in the form of the Siber process. Even with the doors of the foodstuffs container open, evaporation of the dry ice holds the temperature stable for up to 24 hours. Thanks to the direct cooling in the container, there is no need for refrigerated vehicles, which consume a large amount of energy and pollute the environment. The dry ice from Messer is produced from CO2 recovered from industrial exhaust gases, which is diverted in this way for intelligent and environmentally friendly reutilisation.

With its Cryogen Rapid freezer series, Messer has developed a system with which food can be quickly frozen by low-temperature liquid nitrogen or liquid carbon dioxide to avoid drying losses and thereby preserve the texture, flavour and appearance. The Cryogen Rapid cabinet freezer is suitable for discontinuous cooling, even of small production volumes. A tray trolley or pallets are loaded with food products and pushed into the cabinet freezer. Liquid nitrogen or liquid carbon dioxide is sprayed at a controlled temperature directly into the freezer, where it evaporates. The cold gas draws the heat energy out of the food, cooling or freezing it within minutes. The Cryogen Rapid Long Tunnel is particularly suitable for continuous cooling and freezing. The high cost efficiency of this machine type is based on optimum guidance of the cold gas flow. Confectioners can also use the machine to stabilise ornate decorations before the conventional freezing of a cake; integration in existing production lines is straightforward. The Cryogen Rapid spiral freezer, on the other hand, achieves high freezing output with a small footprint. This makes it an economically attractive solution where there are space constraints. The transport belt runs over several levels like a spiral staircase. All freezers are quickly ready for operation. The gases are natural constituents of the air and are approved as food gases in the EU.