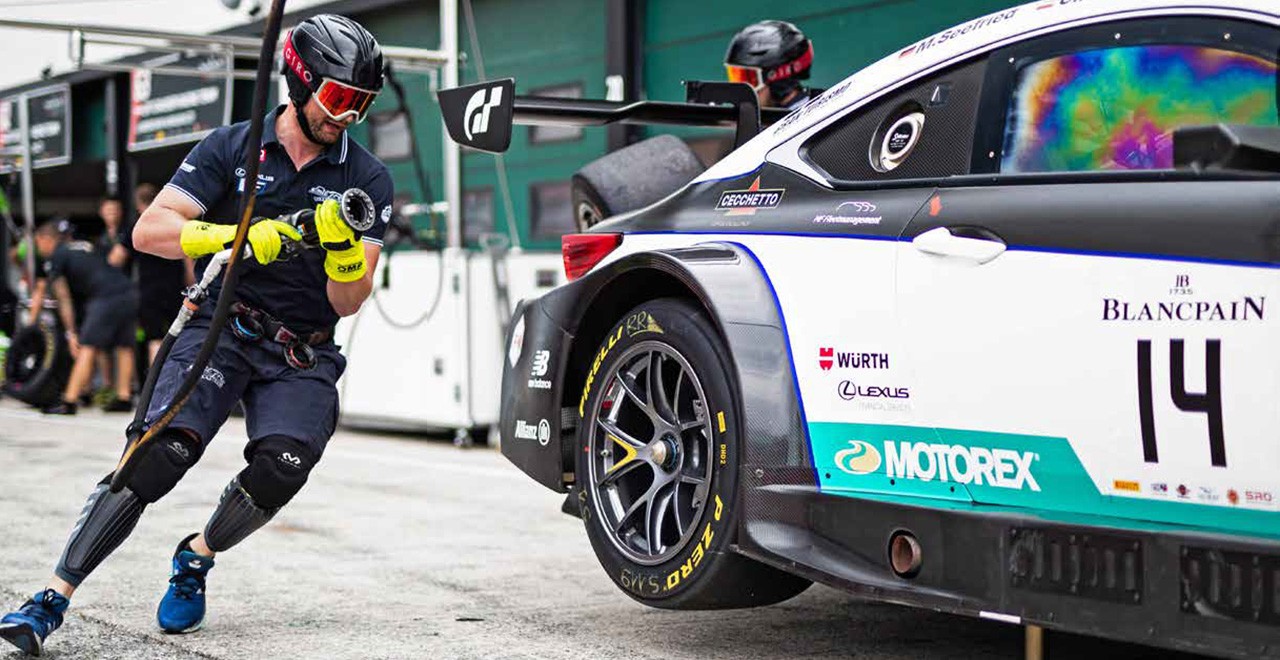 Speed is of the essence during a Formula 1 tyre change, and it is no different in the Blancpain GT Series. Swiss team Emil Frey Racing competed in last season’s series with an in-house developed Jaguar and two Lexus RC F GT3. These racers have built-in “legs” which are extended using compressed air when the car needs to be jacked up. The compressed air is supplied by mobile stations that were built with support from Messer. The stations also supply compressed air to the pneumatic wheel guns that are used for changing tyres. In addition, the team uses Messer’s Ferroline and Inoxline welding gases.