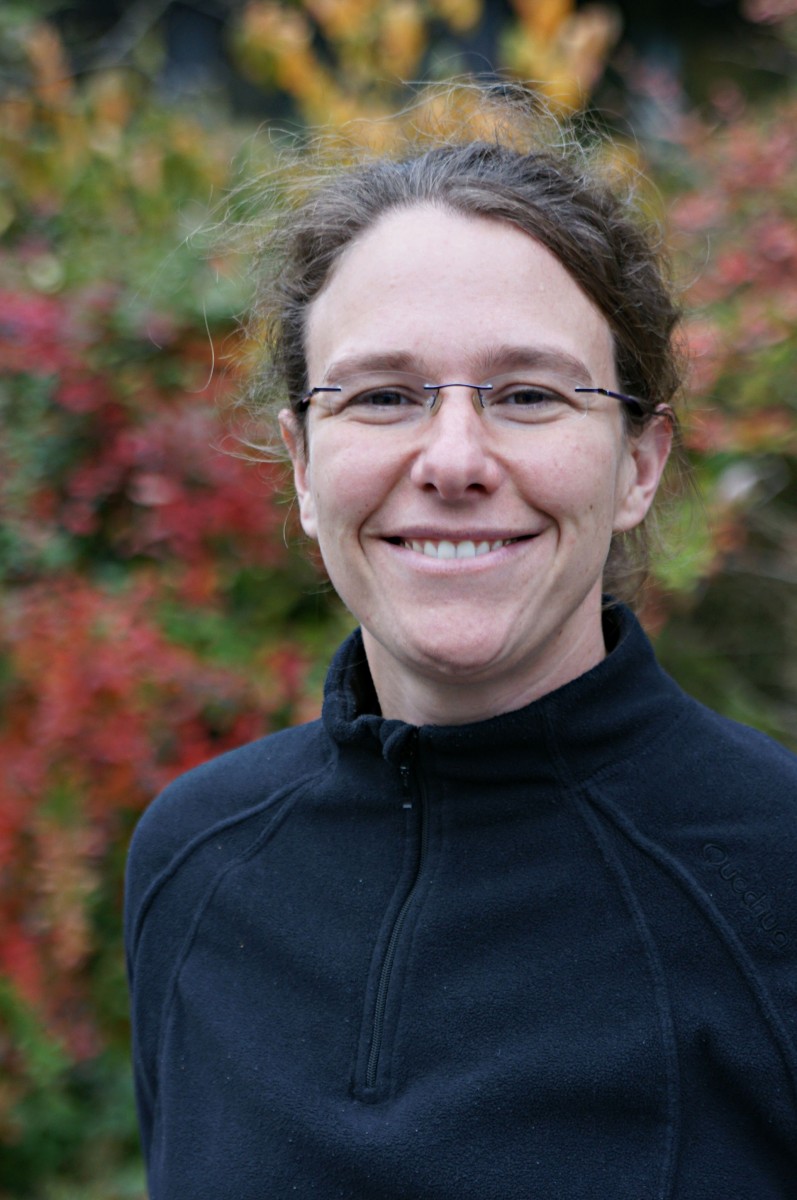 Press release_01/23/2009_Christina Thiele
Christina Thiele has made a name for herself in professional circles through her innovative work on the NMR spectroscopic analysis of molecular structures.

The 50,000-euro science prize of the Adolf Messer Foundation has been awarded to the chemist Dr. Christina Thiele (33). Thiele, who researches at the Clemens Schöpf Institute of Organic Chemistry and Biochemistry of the Technical University of Darmstadt, received the award for her research work on the structural determination of organic compounds with residual dipolar couplings. This basic research is important because, among other things, it makes it possible to improve the efficacy of drugs and the activity of catalysts.

Christina Thiele has made a name for herself in professional circles through her innovative work on the NMR spectroscopic analysis of molecular structures. Nuclear magnetic resonance spectroscopy (or NMR spectroscopy for short) is a method of structural analysis that is used in a variety of fields of chemistry.

With the aid of high-resolution liquid NMR spectroscopy, for example, it is possible not only to generate a static three-dimensional ‘image’ of the compound, but also to study the dynamic processes present in solution. It is precisely these dynamic processes that are often the decisive factor for the function of the compounds under study. Such investigations might lead to suggestions as to how the structures of molecules should be changed in order to improve their function – as active pharmaceutical ingredients, materials or catalysts. One practical example might be the use of structural modifications to increase the efficacy of drugs.

In addition to the conventional methods of nuclear magnetic resonance, Thiele also uses an innovative anisotropic NMR parameter, the residual dipolar coupling. Incorporation of this parameter into the structural analysis of biologically and catalytically active compounds will not only lead to more precise structures, but also to a better understanding of structure-activity relationships. In this way her team recently managed to gain important insights into the understanding of a catalysis mechanism and to determine the three-dimensional structure of a biologically active substance. That means these contributions by Thiele are not only of fundamental interest, but will also substantially improve and accelerate the search for new active substances and materials.

Christina Thiele was born in 1975 in Linz, Austria. She studied at the University of Dortmund and prepared her thesis on a natural product synthesis at King’s College (London). From 1998 to 2002, while working towards her doctorate at the University of Dortmund, Thiele studied hydrostannylation reactions and discovered her interest in nuclear magnetic resonance spectroscopy. After earning her PhD in 2002, she began work on her post-doctoral qualification at the Institute of Analytical Chemistry of the University of Leipzig. In 2005 Thiele joined the Clemens Schöpf Institute of Organic Chemistry and Biochemistry of the Technical University of Darmstadt to continue her post-doctoral work under Prof. Dr. Michael Reggelin concerning NMR spectroscopic structural determinations of small organic molecules in anisotropic media.

In 2007 Thiele had a lectureship at the University of Dortmund. In March 2008 the Consortium of German Chemistry Professors (ADUC) honoured her with its Post-Doctoral Candidate Award for her outstanding scientific achievements. Since May 2008 she has led an Emmy Noether junior research group at the Clemens Schöpf Institute of Organic Chemistry and Biochemistry at the Technical University of Darmstadt. Thiele is also co-applicant in a DFG Research Unit established at the Technical University of Darmstadt in May 2008.

Adolf Messer Prize at the Technical University of Darmstadt

The prizes serve to promote outstanding achievements in the areas of natural sciences, medicine and engineering sciences as well as economics and social sciences. The prize money is intended to fund material and personnel resources for research projects.