Disposing of old refrigerators correctly, but also recycling them
Archive 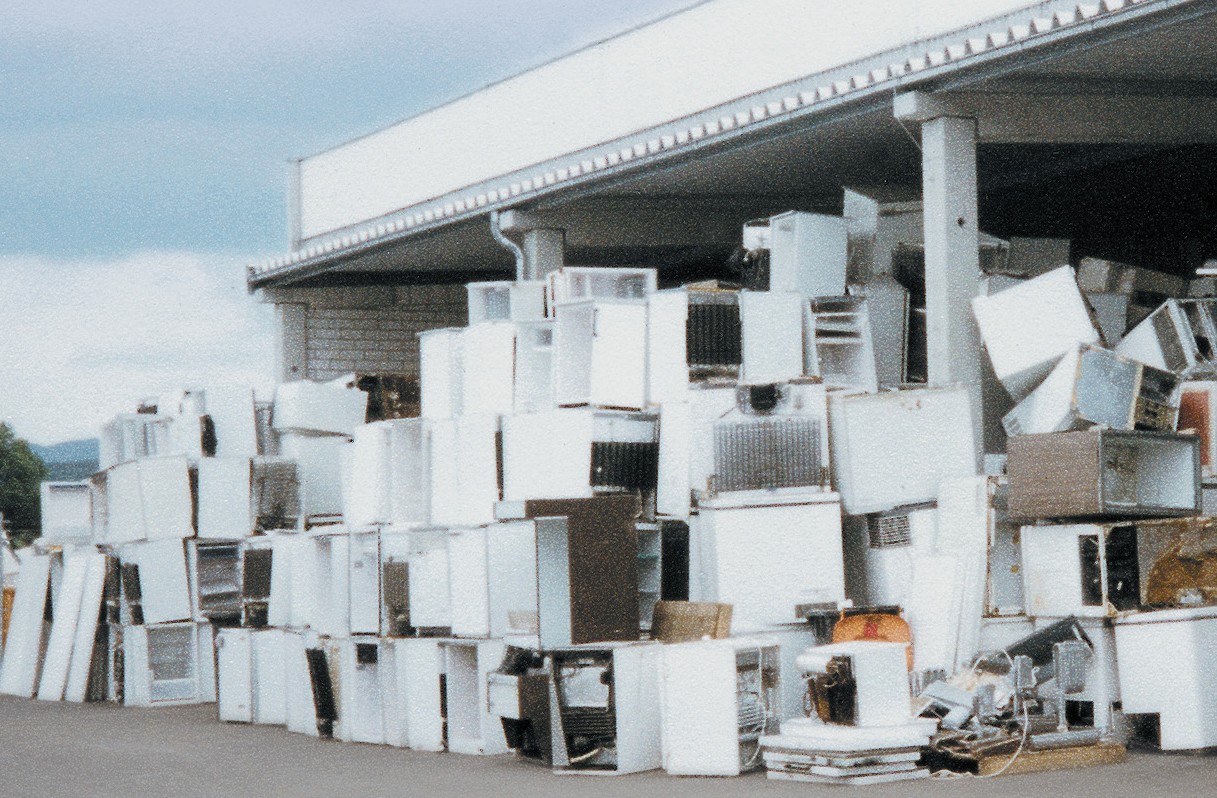 Disposing of old refrigerators correctly, but also recycling them

When refrigerators are recycled, the focus is still on recovering the environmentally-harmful chlorofluorocarbons (CFCs). However, today high prices of raw materials – for example for iron, copper and aluminium – mean that recycling refrigerators is not only environmentally friendly but also cost-effective.

When refrigerators are recycled, nitrogen fulfils two roles: thanks to it being extremely cold, liquid nitrogen enables the greenhouse gas CFC to be frozen out of the exhaust gas of the recycling plant and, in a gaseous form, also provides protection against dust explosions while the refrigerators are being broken up. Each month the industrial gas specialist Messer supplies 100,000 m² of liquid nitrogen for the refrigerator recycling plant of Noex AG, a company belonging to Entsorgungsgesellschaft Niederrhein mbH. In Grevenbroich, near Cologne, Noex operates one of the most modern recycling plants in Germany. Noex disposes of around 300,000 to 400,000 refrigerators a year; a large percentage of these are still devices which contain CFC.

Environmentally-harmful chlorofluorocarbons were used as cooling and foaming agents in refrigerators in Germany until they were banned in 1995. The inactive CFCs will remain in the stratosphere for 120 years and are regarded as “ozone killers”. The propellant (and greenhouse) gas is contained, for example, in polyurethane foam, which insulates the refrigerators. Consequently, when used refrigerators are stored and transported, it must be ensured that the insulation is not damaged. In state-of-the-art refrigerator recycling plants the CFC vapours which are produced when the devices are broken up are extracted specifically. The CFC vapours are condensed an frozen out from the off-gas using nitrogen, leaving pure air behind. Nitrogen, which comprises 79% of the air we breathe, has a temperature of minus 196°C when in its liquid form – it is referred to as a cryogenic, in other words an ultra-cold, gas. In Grevenbroich more than 99.9% of the CFCs can be recovered from the waste gas. They are then subjected to controlled destruction in Germany's only CFC cracking plant and converted into hydrofluoric acid and hydrochloric acid.

Through its chemical properties, nitrogen displaces the air in the shredder, thereby ensuring that crushing processes are safe and dust explosions or fires are avoided. In Noex's state-of-the-art refrigeration recycling plant, refrigerators are broken up until the composites are completely decomposed, and the polyurethane foam is milled finely to open all the pores. In newer refrigerators the insulating materials are generally foamed with pentane instead of CFCs. Pentane released in the shredder can lead to potentially explosive atmospheres and endanger the safety of people and machinery. Nitrogen is therefore not just used to recover the CFCs or pentane; it is also simultaneously injected into the shredder in gaseous form to prevent fires and explosions. In addition to the plastics, pure iron, aluminium, copper and glass are left behind. Noex recycles the various components – in view of the shortage of raw materials this is a cost-effective strategy.

According to the Federal Ministry, “When compared with the rest of Europe, Germany is far ahead in terms of the requirements for refrigerator recycling. It satisfies the requirements of the EG Directive governing materials that lead to a reduction in the ozone layer, and also those of the guidelines for old electrical and electronic equipment.” The Technical Instructions on Air Quality (TA-Luft) of the Federal Ministry for the Environment, Nature Conservation and Nuclear Safety demand that CFCs should be collected and destroyed during the recycling process. Thanks to the technology employed and the use of nitrogen, the refrigerator recycling plant of the Entsorgungsgesellschaft Niederrhein satisfies all the requirements for the recovery of CFCs such as R11 and R12, in contrast to some other refrigerator recycling plants in Germany. In May 2008 the Deutsche Umwelthilfe (DUH – German Environmental Relief) published new calculations for CFC emissions and speaks of the “inadequate disposal of refrigerators in Germany” which continues to pollute the air far more than need be, considering the technology available. According to the DUH, Germany ranks among the worst countries in Europe in terms of disposing of refrigerators.