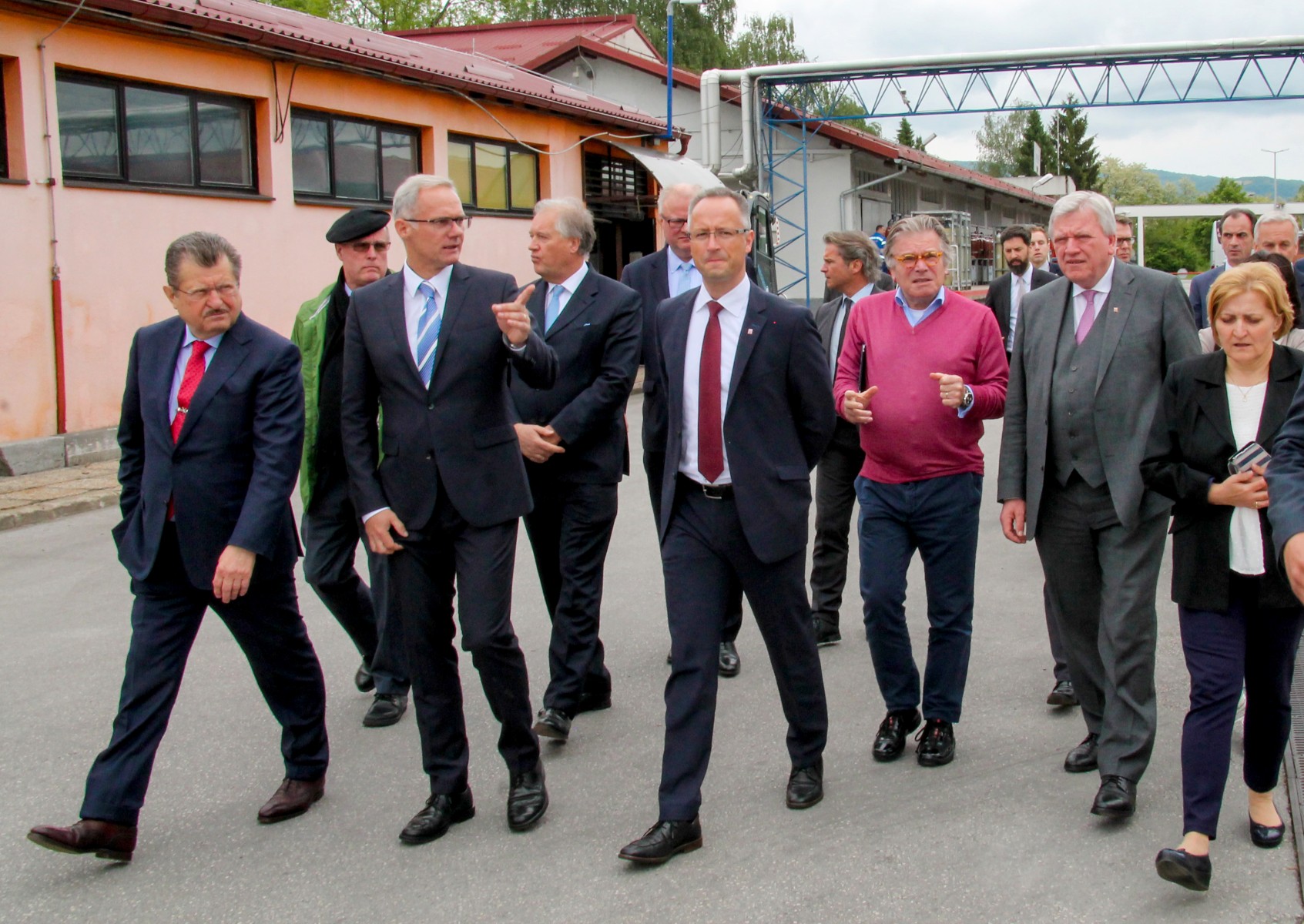 Press release_05/09/2017_Messer Group
The minister-president of the Federal German state of Hesse, Volker Bouffier, and 15 representatives toured an production facility of Messer in Croatia.

On 9 May 2017, a German delegation visited the production site operated by Messer, largest privately run industrial gases specialist, in the Croatian town of Zaprešić. The minister-president of the Federal German state of Hesse, Volker Bouffier, was joined by 15 elected representatives as they toured an production facility for the air gases oxygen, nitrogen and argon as well as a cylinder gas filling plant. Robert Mustač, Managing Director of Messer in Croatia, gave a presentation outlining his experiences with the German company’s entry into the Croatian market: “Our bundled German and Croatian know-how as well as an organised approach have yielded success in the past 25 years.”

The visit by the delegation was organised by the German-Croatian Chamber of Commerce.