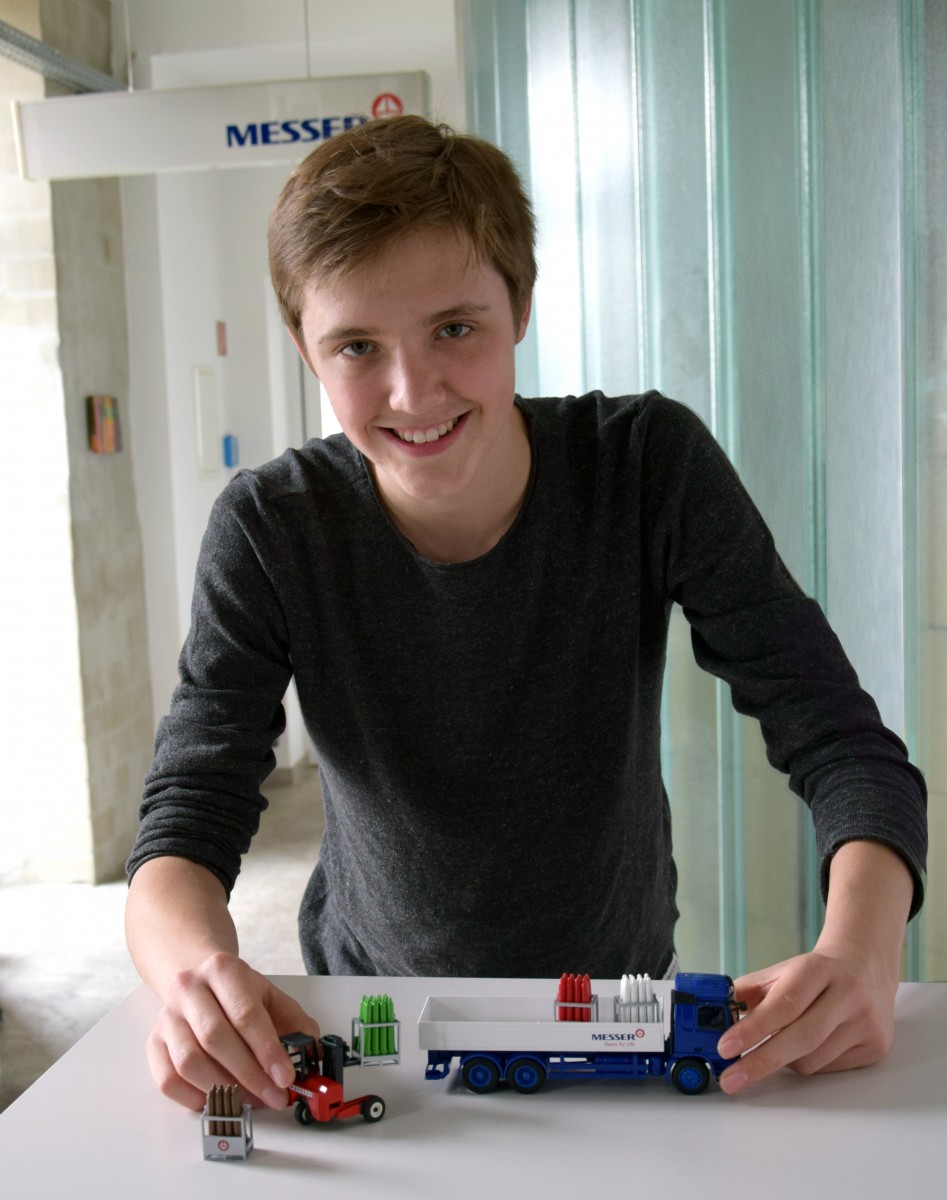 Press release_04/07/2017_Bastian_Stremmer
During career exploration day Bastian Stremmer stepped on the gas– and while loading gas cylinders onto the model truck.

Career exploration day: pupil steps on the gas at Messer

He got to know the company from the perspective of various job profiles – an engineer for air separation units, a process engineering technician for gas applications in the food industry and PR officers gave him insights into their daily work and the world of gases. “Even before my visit to Messer, I knew that gases are used in industry, but the fact that they're produced from air and used in almost all everyday products, I didn't know that before,” says Bastian and adds: “Career exploration day has helped me imagine what people really mean when they talk about these jobs titles.”

They become visible as sparkling carbon dioxide in beverages. Xenon headlights, krypton torches and foods packaged in a modified atmosphere make reference to them in their names. For the most part, however, gases remain invisible. For instance, they are needed in the production of paper, ice cream, wind turbines, cars and airbags, as well as tiles, ceramics and water taps. “Now I see many products differently. The next time I open a bag of crisps, I'm sure I'll think back to my day at Messer.”