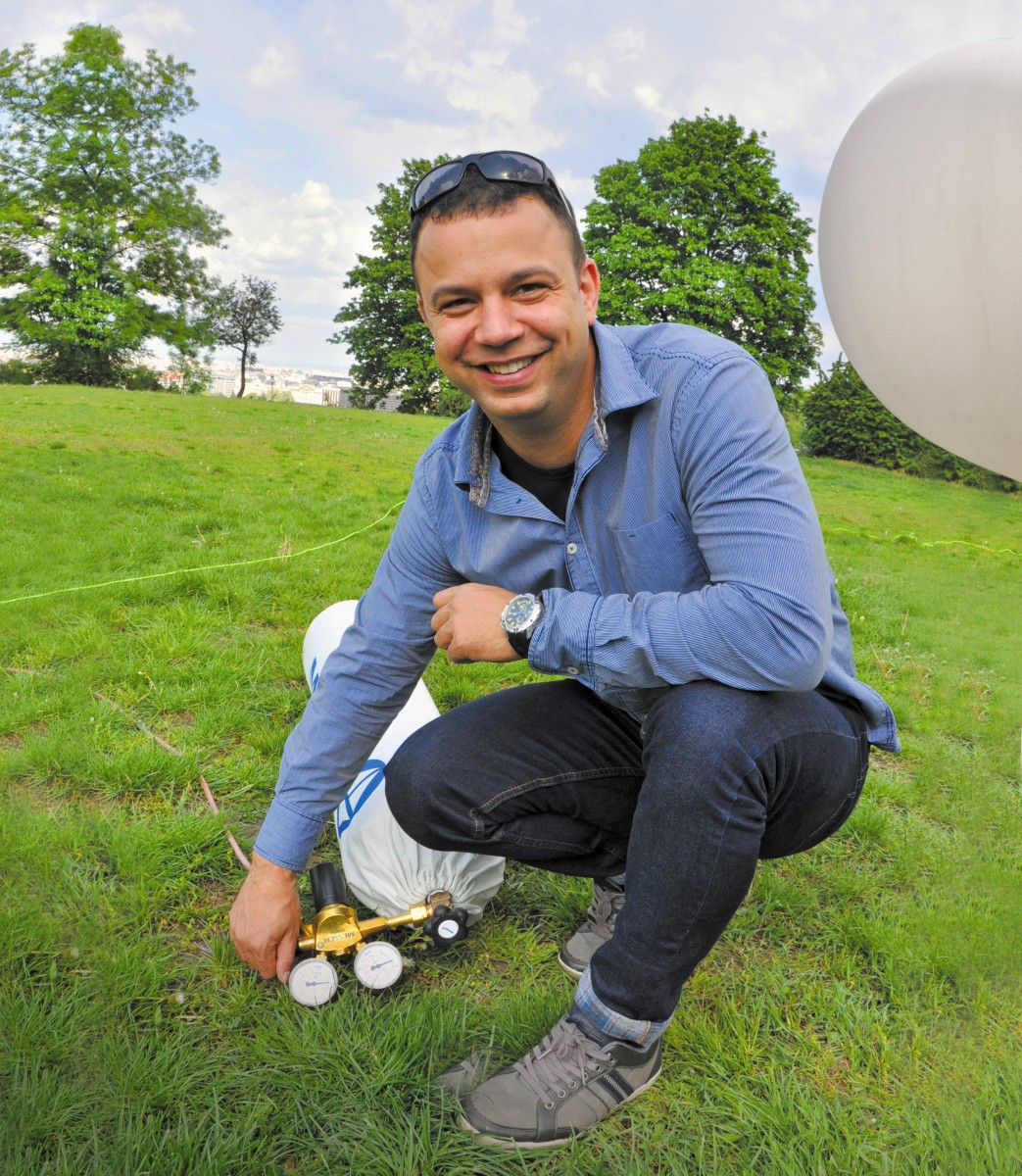 Press release_03/05/2015_wetterballons
László Radnóti, head of the special gases department of Messer in Hungary, assisted with the launch of the weather balloon.

When it comes to weather research in the third dimension, satellites, planes and drones cannot keep up with the simple gas-filled balloon. It rises slowly, carrying the measuring instruments to an altitude of up to 30 kilometres. During this ascent, it collects data at a level of detail not achievable with other means of transport. In Hungary, Messer is supporting the team of meteorologists at Időkép (weather picture) by supplying the cylinder gas that is needed for the balloons.

A weather balloon is very similar to a normal balloon. It has a rubber skin, is filled with hydrogen or helium and is carried up into the air by the buoyancy of the light gas. However, it is a bit bigger than the usual toy variety, and climbs much higher, up to the stratosphere to be precise. The decreasing air pressure causes the balloon to expand all the time, and it finally bursts at an altitude of between 20 and 30 kilometres above the surface of the earth. The gondola containing the instruments is attached to the end of a long cord in order to keep it out of the balloon’s slipstream. During the ascent, the instruments measure the air pressure, atmospheric humidity, wind speed and other values, and transmit these to the ground station. When the balloon bursts, the gondola falls back to earth, slowed by a parachute.

Balloons for routine measurements are usually equipped with single-use instruments, which are lost in the process. At Időkép, the gondola with its high-quality instruments is tracked down and retrieved using the on-board GPS transmitter. The Budapest-based Internet meteorologists run one of Hungary’s most popular weather portals. Last spring, the team began a series of measurements – due to last several years – that go beyond the routine function of a weather service. Among other things, their balloons are collecting data about ultraviolet and cosmic radiation as well as light pollution and its development in a specific region.

In particular, the balloon measurements are intended to provide new insights into the formation of storm fronts and investigate the processes within storm cells – the smallest self-contained unit from which a storm can develop. The Hungarian Meteorological Service sends weather balloons into the stratosphere for routine measurements at regular intervals, also using balloon gas from Messer.