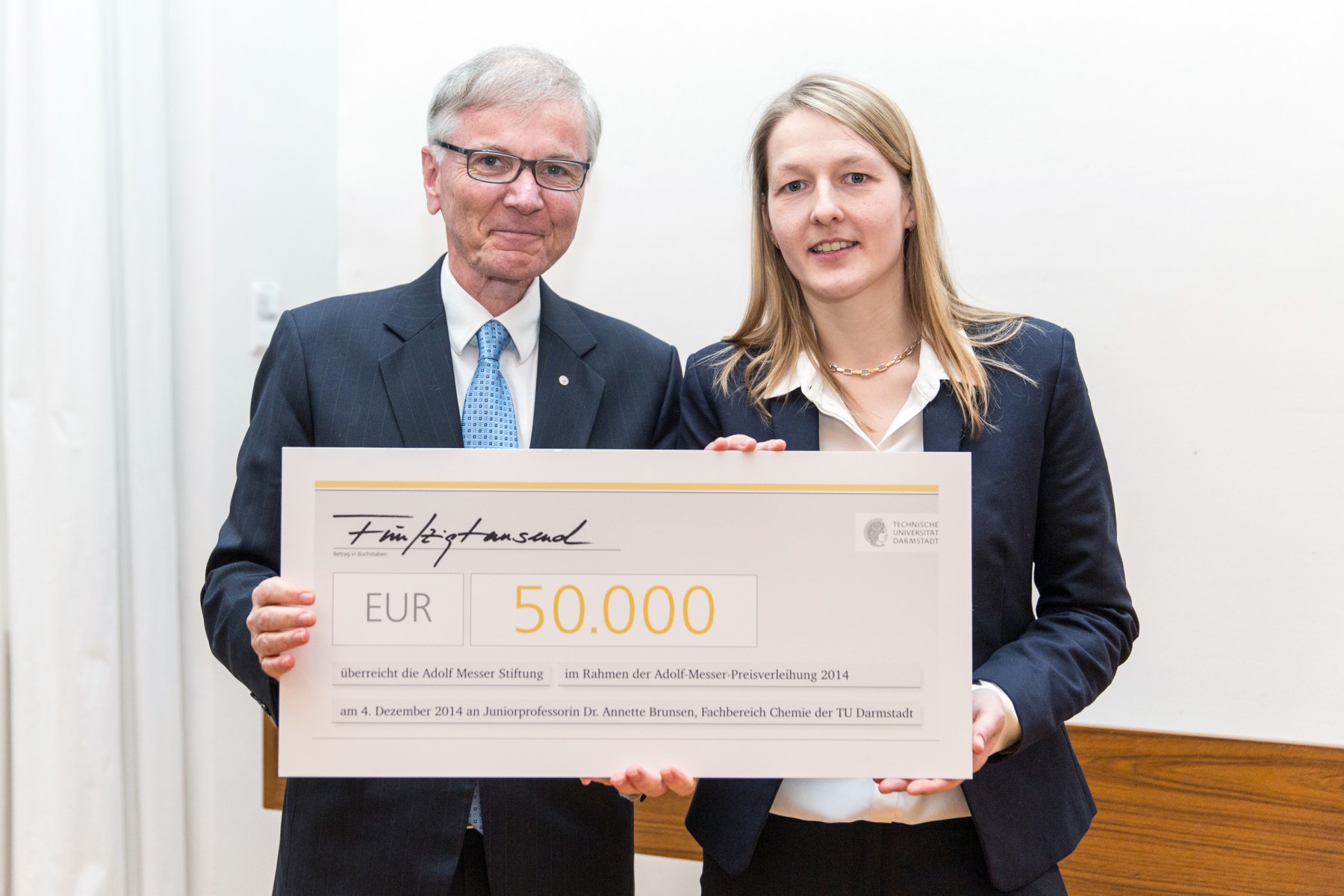 Press release_12/10/2014_Messer Group
Stefan Messer, owner und CEO of the Messer Group, hands over the Adolf Messer Prize which comes with prize money of 50,000 euros to Junior Professor Annette Andrieu-Brunsen for her work in the Chemistry Faculty.

The Adolf Messer Prize, which is endowed with 50,000 euros, was awarded at the Technical University of Darmstadt on 4 December 2014. The awardee, Annette Andrieu-Brunsen, Junior Professor in the Chemistry Faculty, was awarded for a research project on chemical reactions on the nanoscale.

The Adolf Messer Foundation uses the Adolf Messer Prize to sponsor outstanding achievements in natural sciences and engineering sciences, as well as economic sciences, social sciences and the humanities. The foundation was established by the Messer family in 1978. Adolf Messer founded the Messer company in Höchst am Main in 1898. At that time, the company focused on producing acetylene generators. Today, the Messer Group is the largest family-owned company for industrial gases in the world and managed by Stefan Messer, headed in its third generation. In 2011, Stefan Messer was appointed an Honorary Senator of TU Darmstadt in recognition of his promotion of research and teaching for outstanding junior scientists.